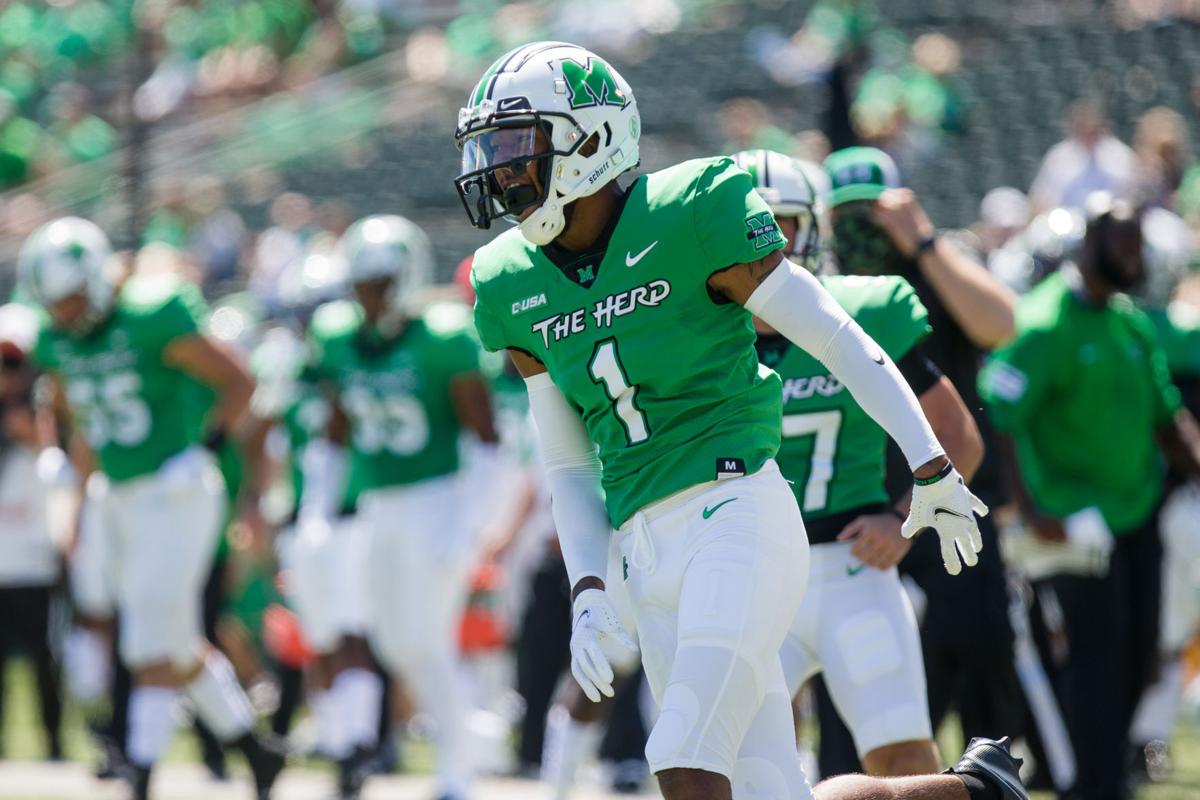 Marshall safety Derrek Pitts celebrates a after a tackle as the Herd takes on Eastern Kentucky during a NCAA football game on Saturday, Sept. 5, 2020, at Joan C. Edwards Stadium in Huntington. 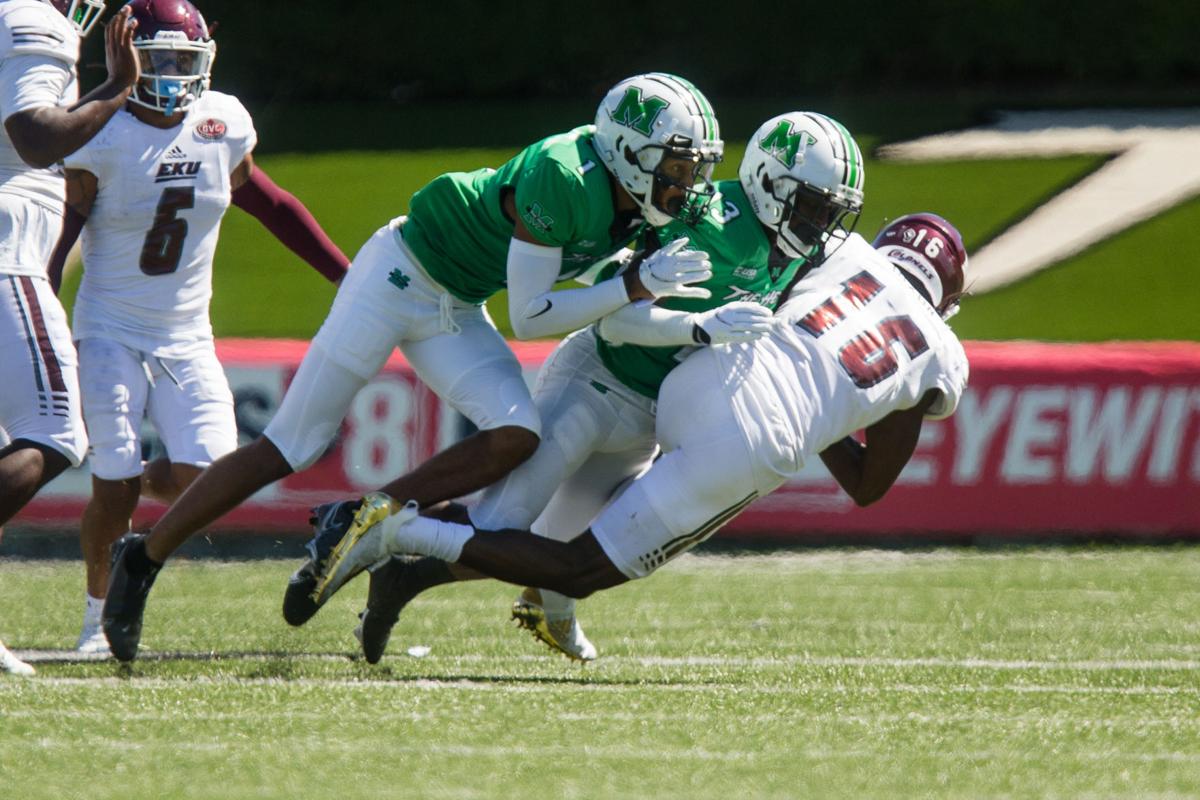 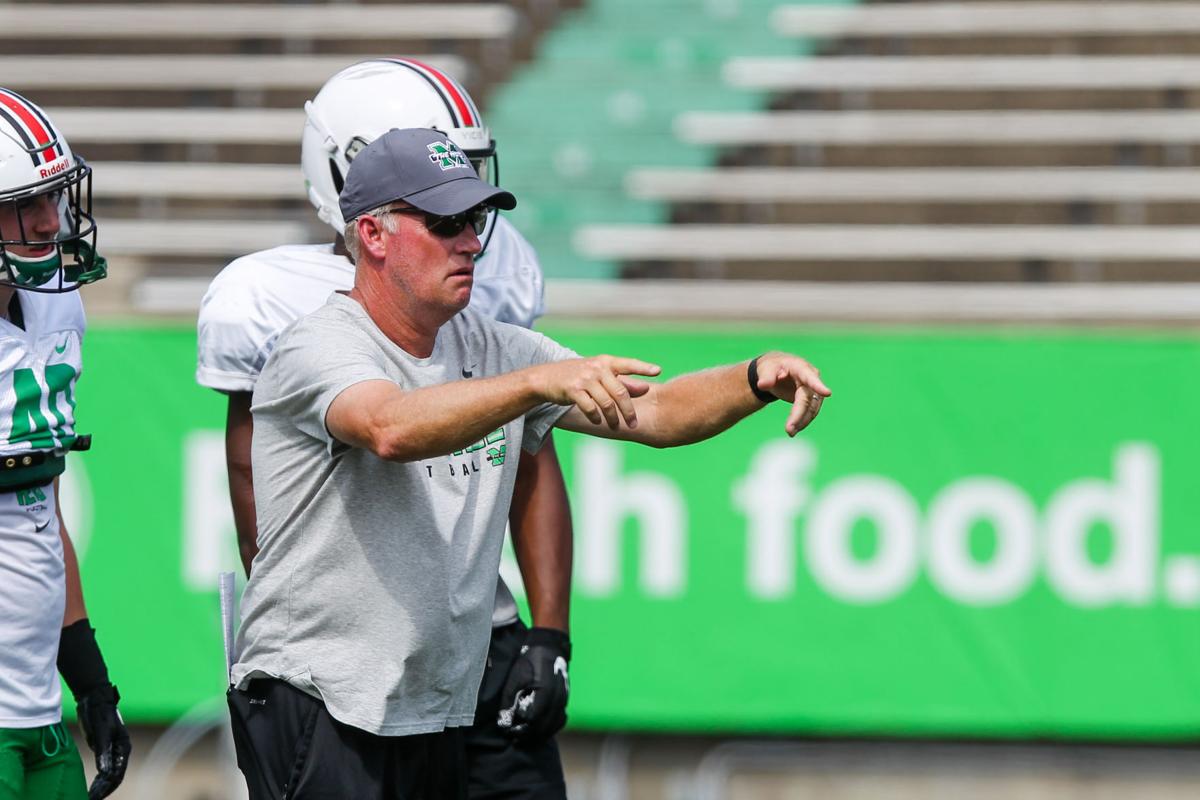 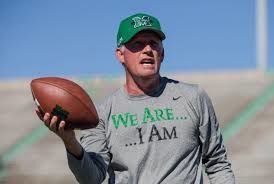 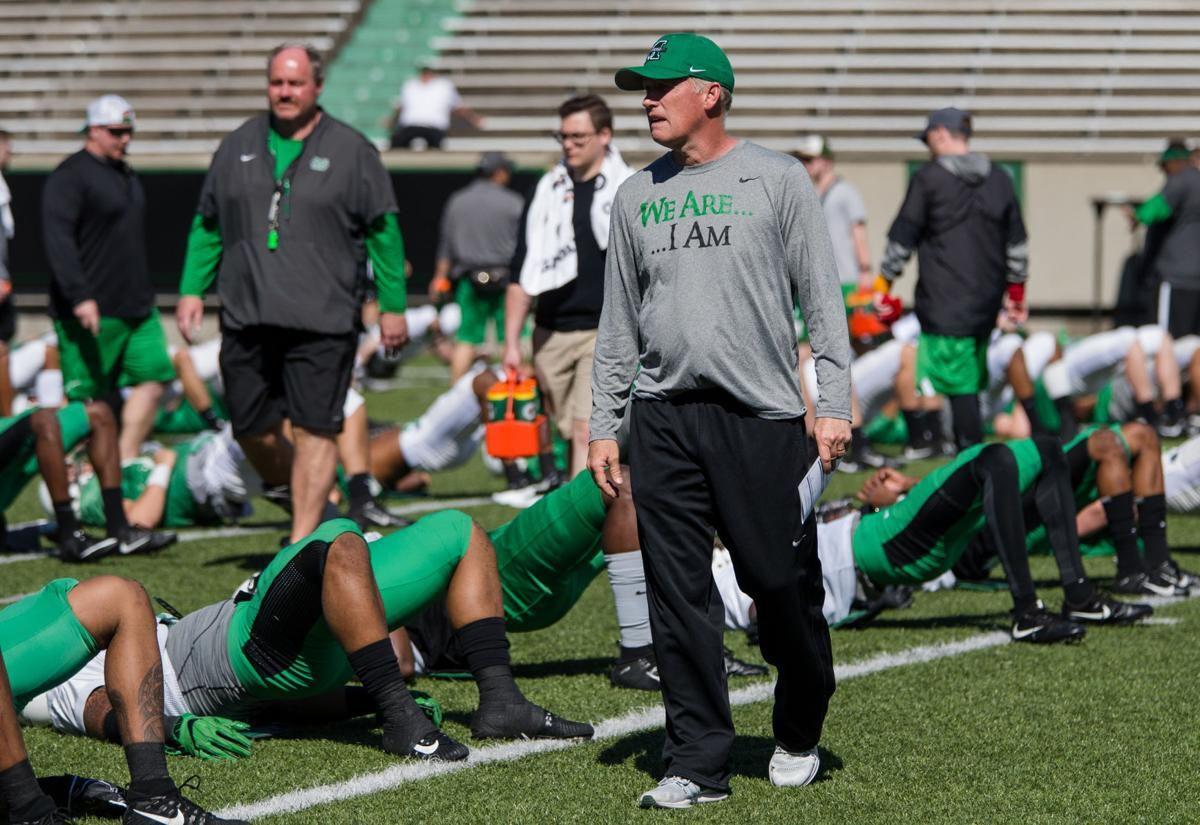 Marshall safety Derrek Pitts celebrates a after a tackle as the Herd takes on Eastern Kentucky during a NCAA football game on Saturday, Sept. 5, 2020, at Joan C. Edwards Stadium in Huntington.

Pitts took off from the opposite hash and got to Pigrome before he reached the line to gain, which forced a Western Kentucky punt.

The play epitomized everything that Marshall’s defense has done well so far in 2020: recognition, reaction, pursuit and sure tackling.

It’s one of the major reasons why Marshall defensive coordinator Brad Lambert has enjoyed film breakdowns on Sundays.

“They’ve done a good job of making tackles in open field and running to the ball, and it’s really been a lot of fun to watch when we come in to watch the film on Sunday — watch how hard they play and how fast they play,” Lambert said.

This week provides a big test for the Thundering Herd defense against a Louisiana Tech offense that has plenty of speed of its own with receivers Smoke Harris and Adrian Hardy, as well as the slippery backfield mates of Justin Henderson and Israel Tucker. The two teams meet at 6 p.m. Saturday in Ruston, Louisiana (CBS Sports Network).

Making plays while pursuing at full speed will be key against the Bulldogs, who thrive on making the opposition miss.

Against UTEP last week, all of those players were able to break tackles on big chunk plays that took a small gain to one that either ended up in the end zone or led to a touchdown for the Bulldogs.

In the passing game, lateral pursuit is critical for the Herd defense against the Louisiana Tech screen game. Hardy caught a quick out at the line of scrimmage early in last week’s 21-17 win over UTEP and eluded a tackle for a 20-plus yard gain that set up the Bulldogs first score.

Later, Henderson eluded a pair of tackles in the backfield to race in for his touchdown late in the half that led the Bulldogs to a halftime lead.

Marshall’s ability to tackle in space at full speed showed itself especially in the wins over No. 23 Appalachian State and again last week at Western Kentucky. Yet the skill set of the Bulldogs is likely the best Marshall has faced to date, which has been Lambert’s focus this week.

“I’m proud of how well they’ve tackled, and this will be a big week for that with Hardy, Smoke, Henderson. Those guys in the open field can make you miss and I think that will be a big key.”

Lambert said the team speed that Marshall possesses enables multiple defenders to get to the ball, which helps eliminate the issues caused by missed tackles. Last week, when UTEP was able to get multiple players to the ball, they were successful against Louisiana Tech, limiting the Bulldogs to just 130 yards after their first drive of the game.

With the Herd’s aggressive nature of getting to the ball, Lambert has cautioned against being over-aggressive, which often leads to being out of position in the play-action game — something Louisiana Tech likes to take advantage of.

“We’re going to have to, once again, be on point and have good eye discipline on the back-end to avoid play-action and big plays,” Lambert said.

Marshall is tied for No. 1 in the Football Bowl Subdivision in scoring defense, allowing just 7.0 points per game.