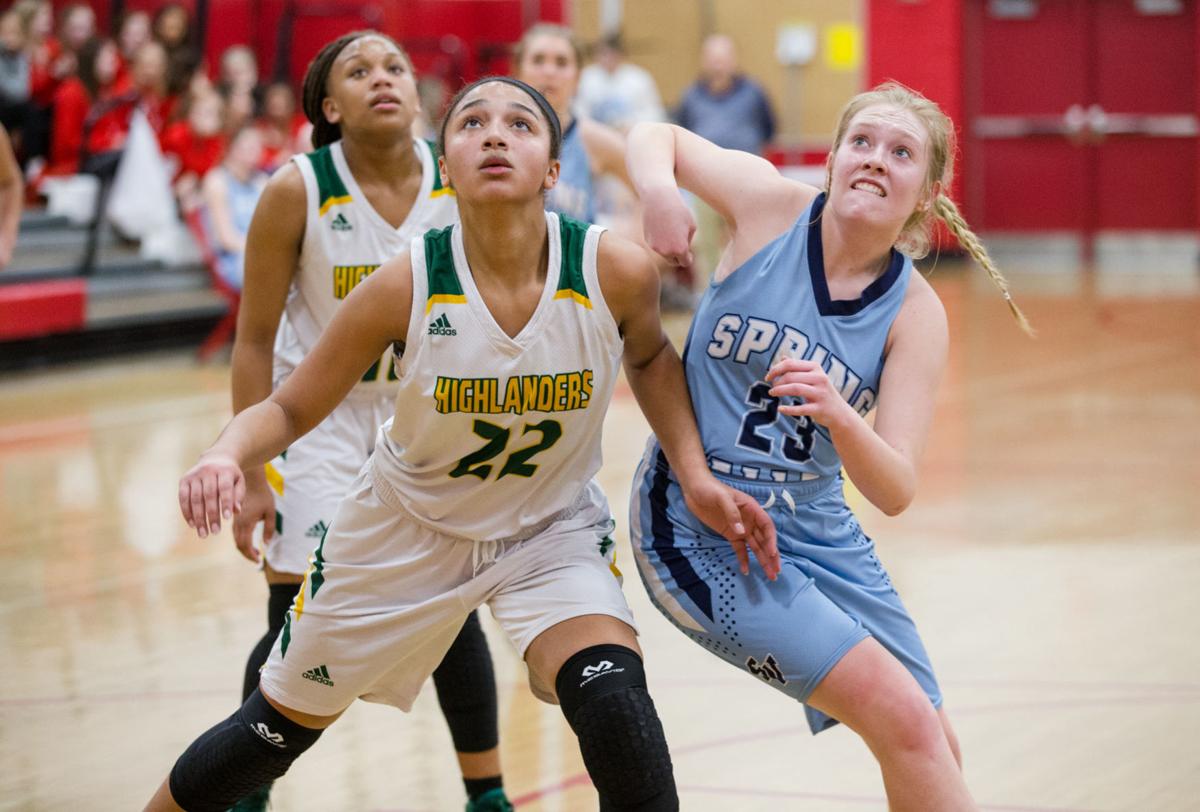 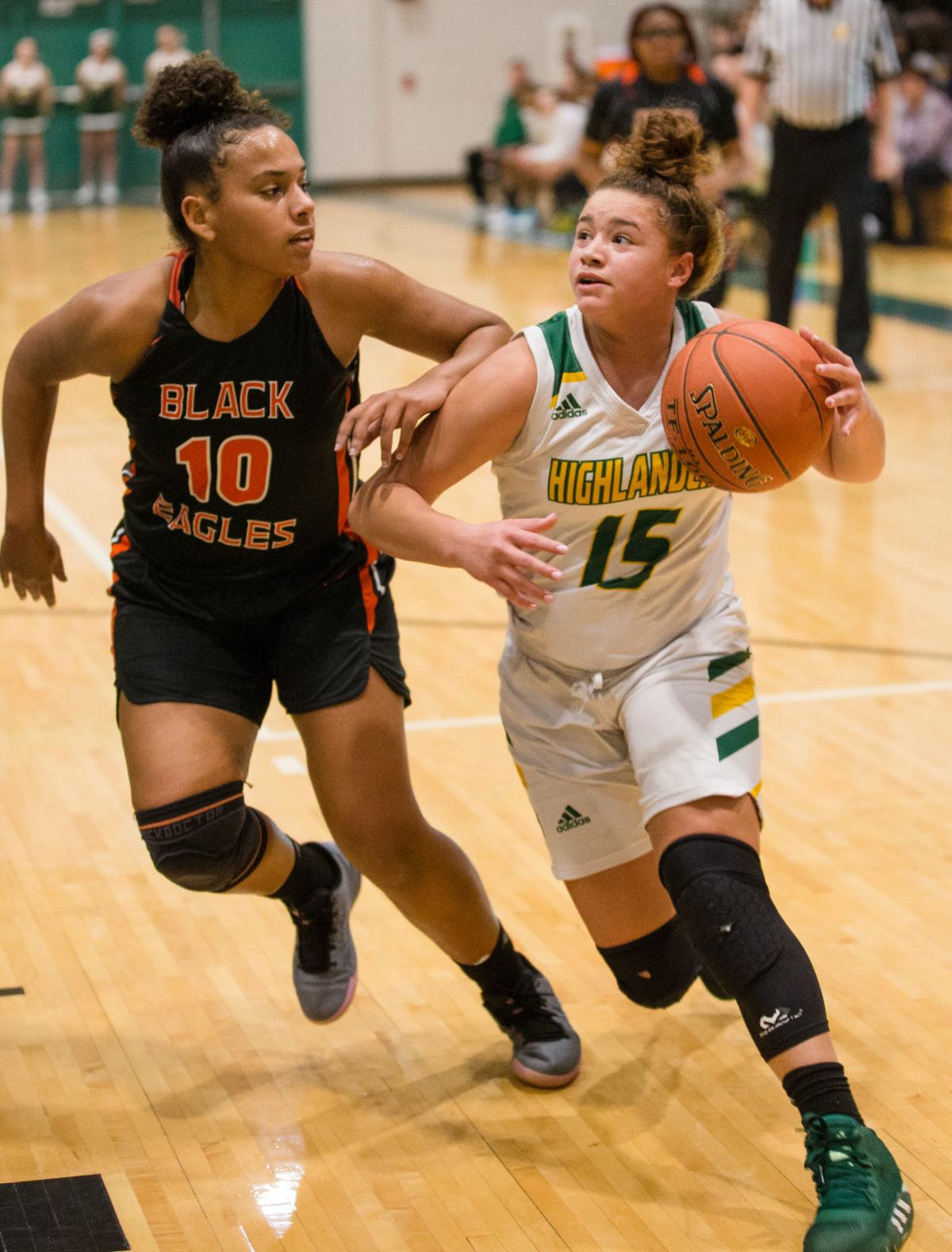 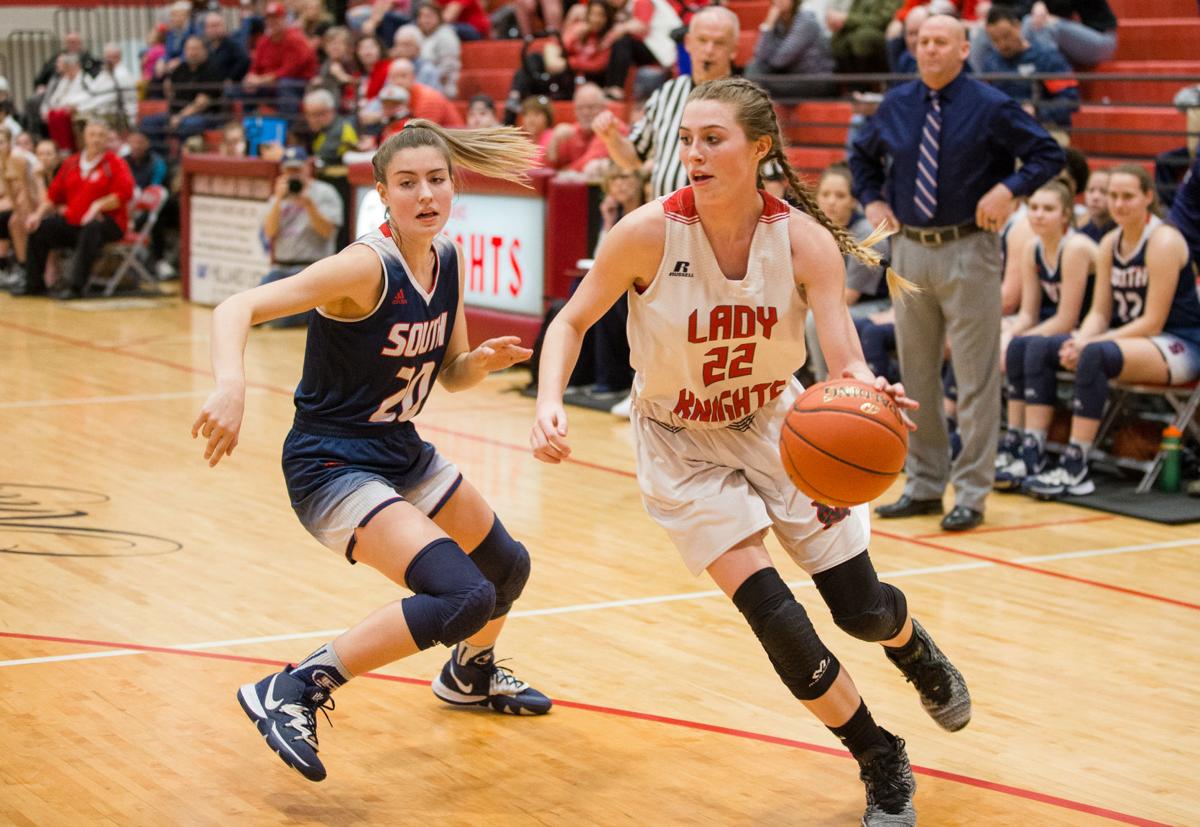 The sharpshooter embraced that challenge, hoping to build on a sophomore year which saw her lead the Mountain State Athletic Conference in scoring en route to a first-team all-state selection last season.

Now she can check off back-to-back first-team all-state selections, as well as a new honor — captain of the Class AAA first team.

“It’s an honor to be captain of this group of girls,” Lacy said. “We played a really tough schedule so I’ve played against most of them and I know how good they all are.”

For Lacy, the seeds of a historic campaign were sown in the offseason when she made a decision about her future.

“Last summer I made a decision that I wanted to play college basketball,” Lacy, a four-sport athlete, said. “I decided to focus on it more. I knew with Katy graduating I’d see different defenses and a lot of coaches looked at me as more of a shooter. Over the summer I decided to work on more, like my dribbling, defense and ability to score in other ways. I knew if I could do that, I would be able to handle what other teams threw at me.”

The sharpshooting senior Wilson led two-time defending champion Parkersburg in scoring with 12.9 ppg, while fellow senior Crites added 11.6 ppg for the Big Reds, who secured the No. 1 seed in the Class AAA state tournament. Both players helped the team back to the Class AAA semifinals before the tournament was suspended.

“It’s hard to describe what these kids meant to the program,” Parkersburg head coach Scott Cozzens said. “From the time they walked in as freshmen we knew they were special and they knew what it would take to accomplish our goals. They don’t have the big scoring numbers and they could’ve been selfish and scored 20 a night, but they made those sacrifices for the team.

“Winning has always been more important for them and they set the tone for our younger girls. When you come to practice and you see first-team all-staters playing as hard as they can on defense every possession, that sets an example for everyone else. I’m so happy for them and the fact that their accomplishments have been recognized. What they’ve done in big moments has been incredible.”

Cadle, a senior, was the floor general for a Woodrow team that secured the No. 2 seed in the state tournament. Her 14.3 ppg along with eight rebounds and seven assists on average helped the Lady Flying Eagles to back-to-back wins over ranked teams Greenbrier East and George Washington in the sectional championship and Region 3 co-finals, as well as a win over Morgantown in the state quarterfinals — the program’s first state tournament win since 2008.

Boggs’ leadership helped the Hawks to the state semifinal for the second straight year, and she was rewarded with her second straight first-team selection. She nearly averaged a double-double, tallying 19.6 ppg and 9.8 rebounds a contest.

McClure was second in the classification in scoring, averaging a career-high 19.5 points per game while becoming the school’s second all-time leading scorer behind Warren Baker. She led Greenbrier East to back-to-back state tournament appearances, the program’s first such feat since 2014-15. McClure finished her career with three consecutive first-team selections after a second-team selection as a freshman.

Woods led the Lady Patriots to the No. 1 ranking in the AP poll for most of the season, averaging 18.9 ppg, wrapping her career with her first first-team selection.