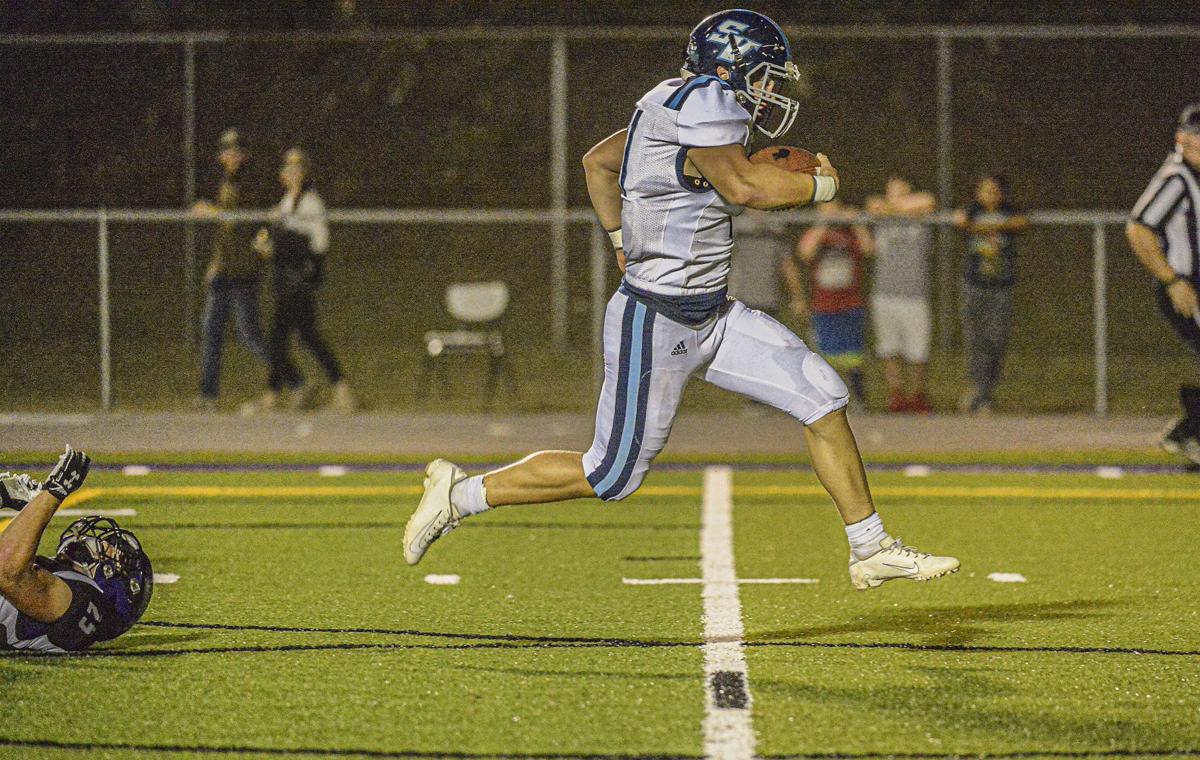 Spring Valley’s Luke Christopher runs for his second touchdown in the first quarter of a West Virginia high school football game on Friday in Belle, W.Va. 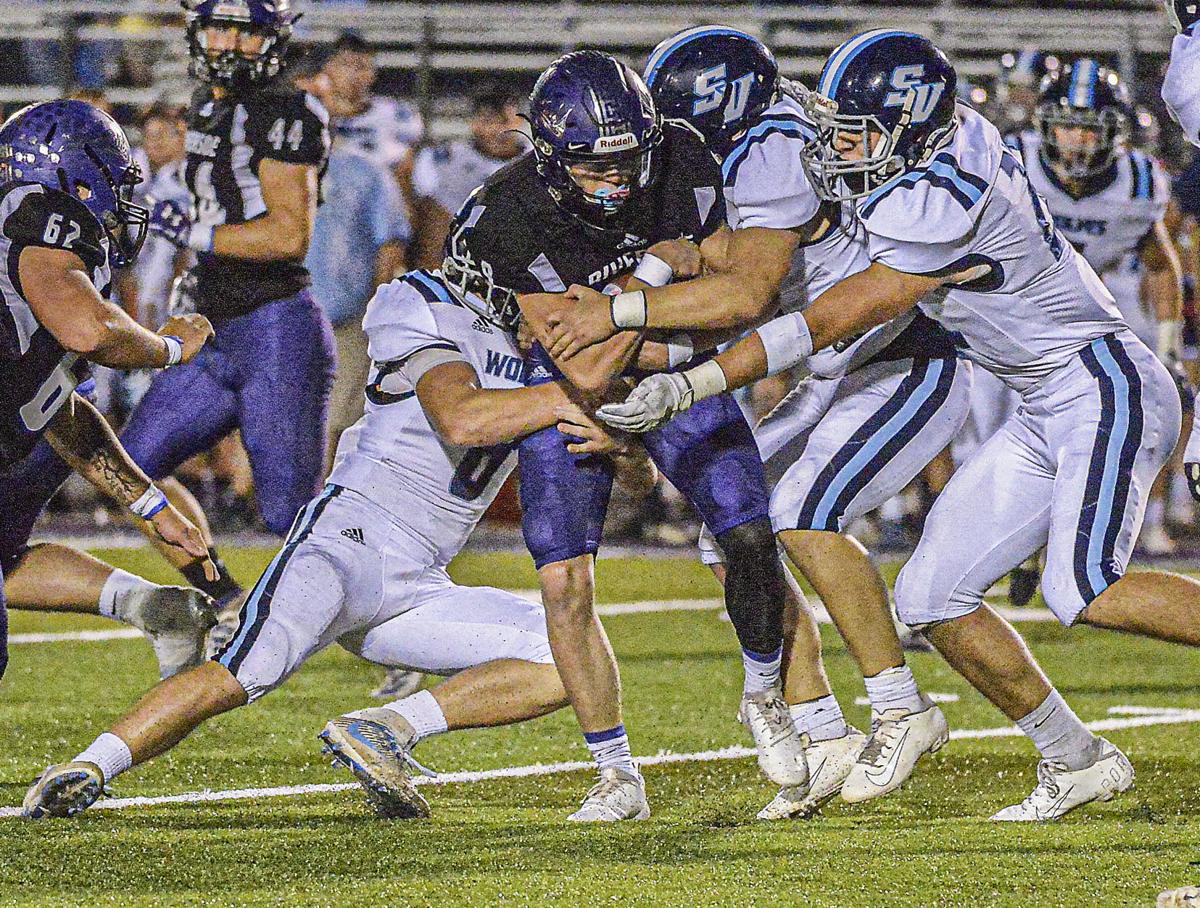 Spring Valley’s Luke Christopher runs for his second touchdown in the first quarter of a West Virginia high school football game on Friday in Belle, W.Va.

If the Riverside football team wanted to score the upset over Spring Valley, the last thing it needed to do was start off slow. Yet that was the first thing that happened.

The Warriors found themselves trailing by a touchdown less than a minute into Friday’s contest and by two touchdowns less than four minutes in, as the Timberwolves cruised to a 40-14 win over the Warriors at Riverside.

Spring Valley, ranked fifth in Class AAA in the WVSSAC playoff ratings, pushed its record to 6-1. The Warriors, who entered the game at No. 8 in Class AAA, fell to 3-3.

Riverside received the opening possession of the game but, on the second play, the Warriors lost a fumble deep in their own territory at the 5-yard line. Spring Valley quickly took advantage of the turnover as, on the very next play, Luke Christopher scored on a 5-yard touchdown run to give the Timberwolves a 7-0 lead just 49 seconds into the game.

On the next Riverside possession, the Warriors elected to go for a fourth and 2 on their own 34. They couldn’t convert, once again handing Spring Valley excellent field position.

And once again, the Timberwolves capitalized. Spring Valley needed just two plays to score, the second play a 36-yard Christopher touchdown run to give SVHS a 13-0 lead with 8:34 left in the first.

The Timberwolves tacked on another touchdown late in the first on a 33-yard scoring pass from Nate Ellis to Corbin Page, as Spring Valley took a 20-0 lead.

Riverside wouldn’t go away, though. After a Spring Valley turnover, the Warriors put together a solid drive — marching 50 yards for a touchdown, Charlie Pierson’s 4-yard scoring run — to cut the lead to 20-6.

Yet SVHS regained control by scoring two touchdowns to end the first half and going into the locker room with a 34-6 advantage. David Livingston scored on a 1-yard run and, on the last play of the first half, Ellis hooked up with Page on a 38-yard touchdown pass.

For Riverside, Easterling led all runners with 130 yards and a score on 19 carries. Elzy went 1 for 5 through the air for 34 yards, that sole completion being his touchdown throw.