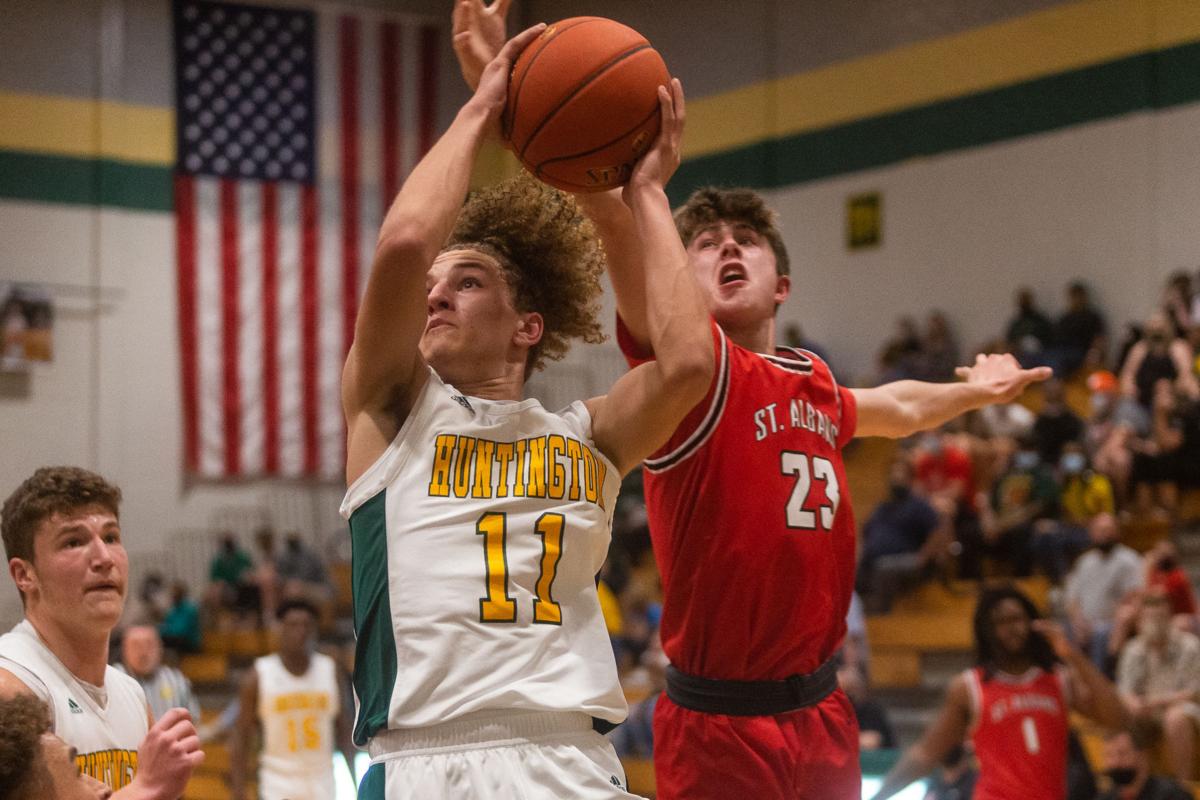 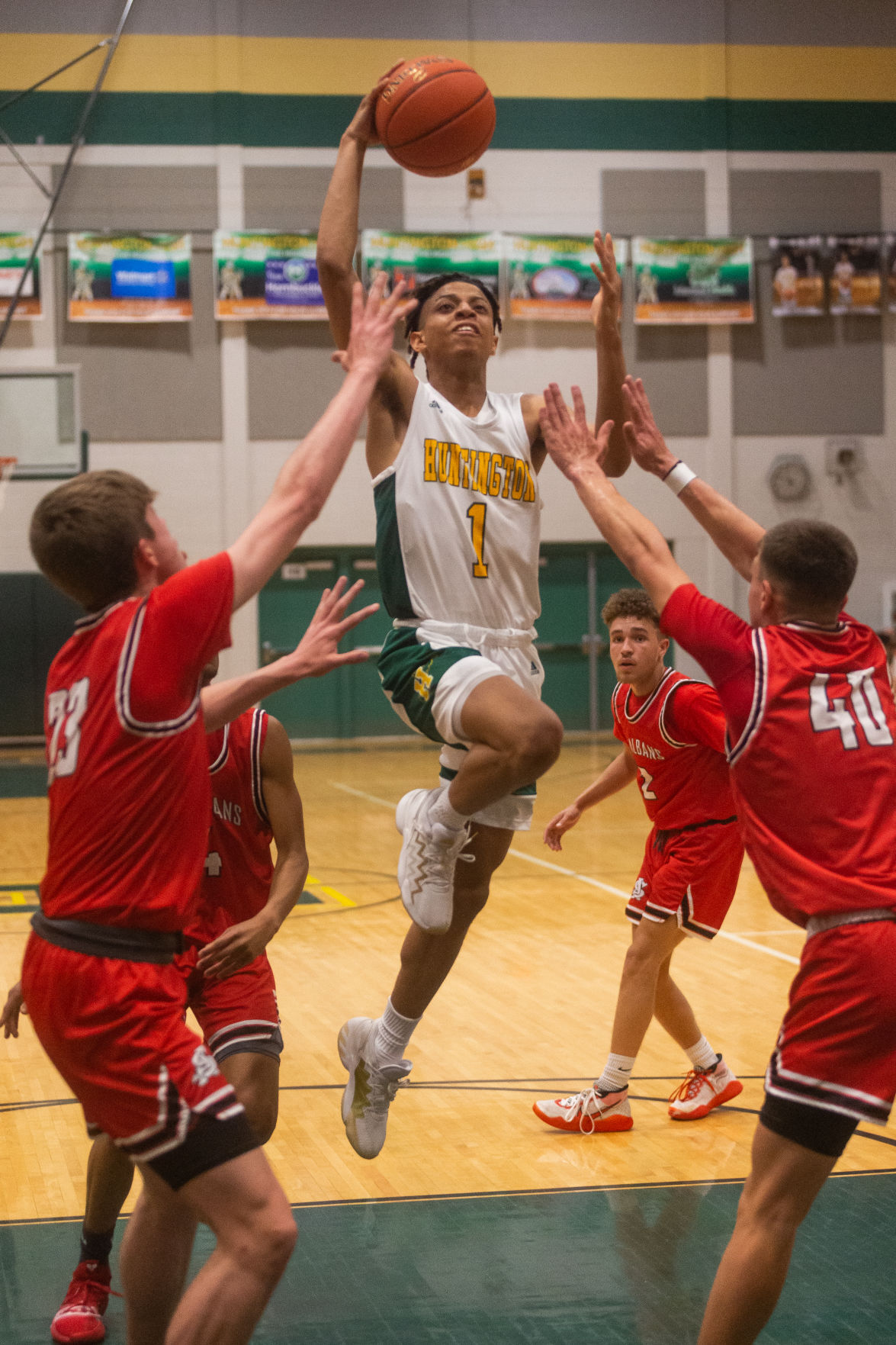 HUNTINGTON — Jaylen Motley connected on a 3-pointer with 5:52 left in the first quarter to break a 6-6 tie and propel Huntington High to a resounding 76-48 win over St Albans in the Class AAAA Region 4 co-final Wednesday night at Lucas-Archer Gymnasium.

Highlanders coach Ty Holmes had to be quite proud of the first-half effort as the home team led 26-9 after eight minutes and 45-20 at halftime.

“Been working hard, pushing things in practice,” Holmes said while holding a piece of net he had just cut down. “Got the team really playing as one. They really bought into it.

“The first half is about as good as we’ve played. Good to have the guys on the bench to bring in there. Slacked a little In the third and pulled the starters. They got the message.”

Zavion Johnson led the unselfish Highlanders with 17 points. No other starter had double figures, but Sam Clay, Amare Smith and Brendan Hoffman each had nine.

The win puts Huntington in the West Virginia high school state tournament next week in Charleston. The Highlanders, in the new Class AAAA, are 11-3.

“We’re playing team basketball,” Johnson said. “We’re getting our offense together. Got lucky on the bank (3-point bank shot). I think we made a statement.”

“Coach has got them playing good at the right time,” St. Albans coach Bryan England said. “Ty does a great job. He loves the kids. Everything we threw at them they had an answer for. It was one of those nights.”

Huntington has been seeded No. 4 for the state tournament and has a first-round date against No. 5 University on Thursday, May 6, at 9 p.m. at the Charleston Coliseum & Convention Center.

Morgantown is the No. 1 seed followed by No. 2 George Washington, No. 3 Martinsburg, No. 6 Cabell Midland, No. 7 Jefferson and No. 8 Woodrow Wilson.

Smith looks forward to the trip to Charleston. A year ago, the coronavirus pandemic hit and stopped high school sports shortly into the girls state tournament. This season’s start got pushed back to March and schools have COVID-19 protocols to follow.

“It’s nice the game came back,” Smith said. “Not playing was tough. I hope we can finish it off.”

Holmes believes his squad enters states on the right track.

“It feels great the kids have the chance to do this,” Holmes said. “If we play as one, I feel we’ve got a chance. We’re playing as a unit. ... Players are happy for each other.”

One player Holmes felt good about was Clay, who converted three 3-pointers in the fourth period. He missed senior night.

“You love when something like that happens,” Holmes said.

One of the many Huntington highlights came in the first half when Smith made a 3-pointer, drew a foul and made the free throw for a four-point play.

“Third one,” he said. “The first half we played as a team. If it all comes together, we can be the best in the state. It’s a tribute to what we do. All the players have roles. They make it happen.”