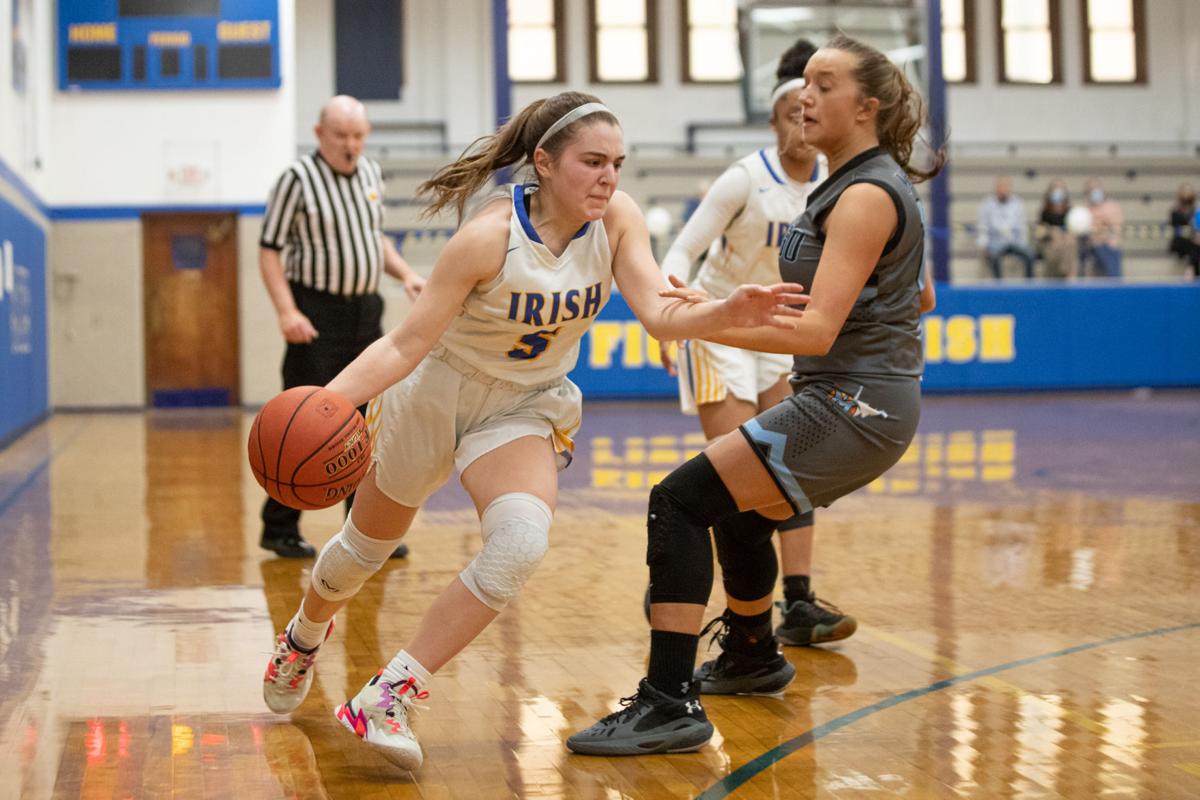 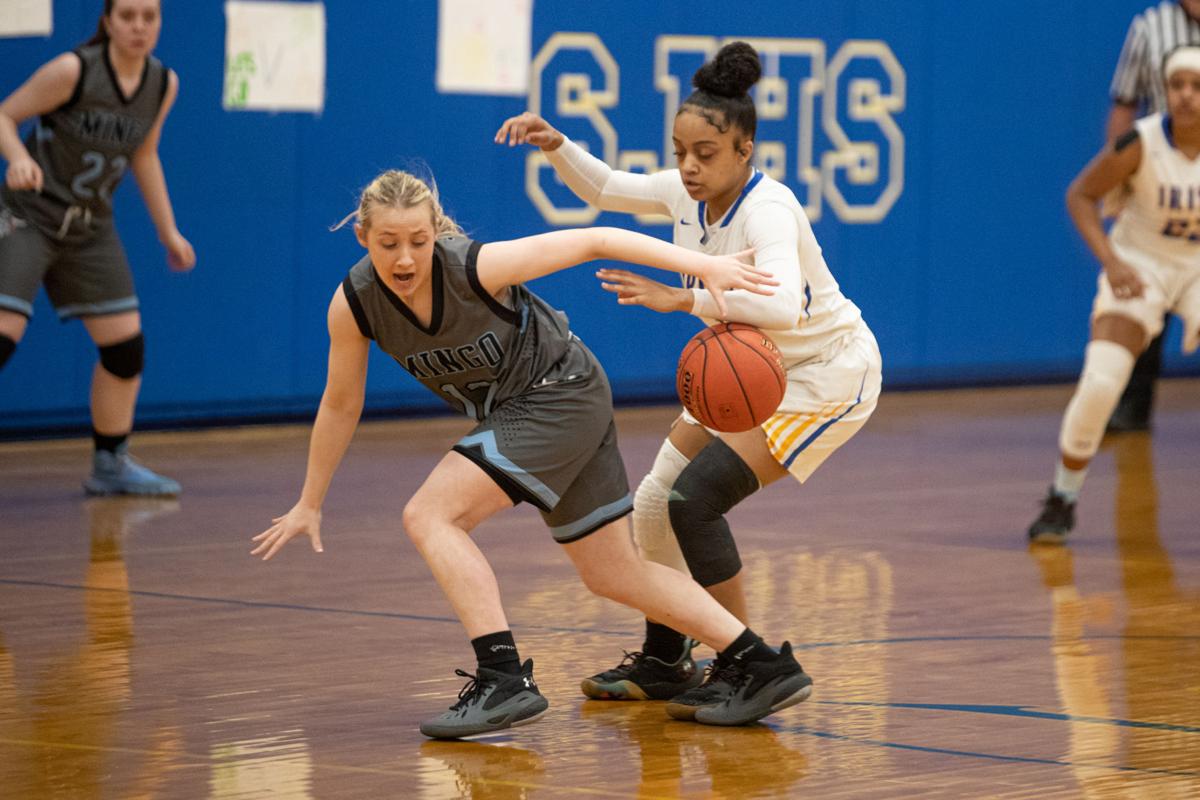 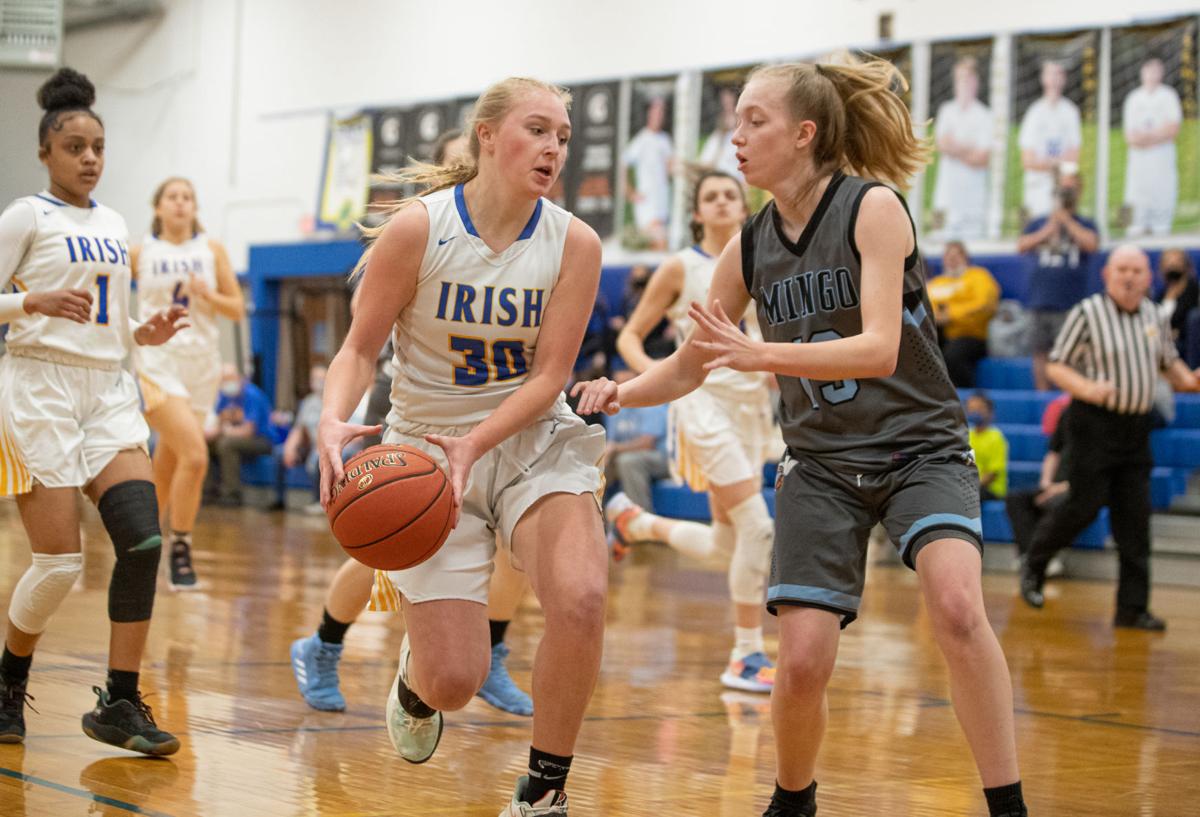 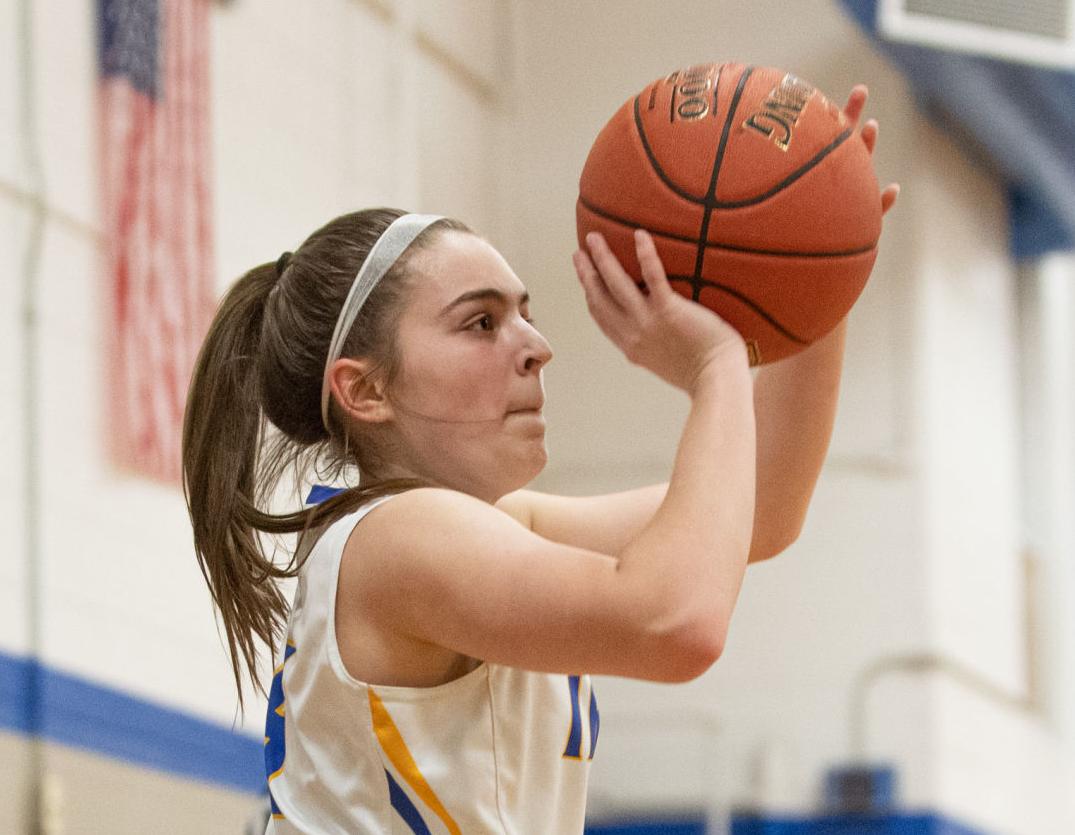 HUNTINGTON — Huntington St. Joe put together one of its best quarters of basketball Wednesday night and steamrolled Mingo Central 67-39 in girls action at the St. Joe Gym.

The Lady Irish (10-2), with a new look in personnel and short bench, scored the first 16 points of the game, led 25-4 after the first period and continued to roll from there on Senior Night.

Just a week ago, the same two teams met at Mingo Central and the Lady Miners actually led at the half and trailed by just three after three periods (53-50) before St. Joe scratched out a 65-56 win.

“Probably the best quarter of basketball of the year,” St. Joe coach Shannon Lewis said. “We haven’t pressured the ball a lot. We sped them up early. Down there they picked us apart. It was a great first half.”

Julia Preservati nailed two 3-pointers in the first period for St. Joe. Lacee Smith drained a trey with 4:34 to go in the first period to give the Lady Irish a 16-0 lead and prompt Lady Miners coach Kim Davis Smith to call her second timeout. The two timeouts matched the visitors’ field goal total in the opening eight minutes as the home team led 25-4.

“We need somebody to make some of those 3s,” said Lewis, talking about a longtime Lady Irish strong point. “We’re getting into a flow now. Tonight Julia did.”

Amaya Damon led St. Joe with 19 points, Preservati had 18 and Lacee Smith finished with 12. Damon tallied 28 points in the March 31 win vs. the Lady Miners with 20 coming in the second half.

“Amaya’s steady and finishes well,” Lewis said. “Lacee’s a freshman and does a good job. She can shoot it and get other people involved.”

Jenna Wagoner led Mingo Central (7-4) with 14 points and Scarlet Thomason added 12, all in the second half. Madisyn Curry totaled nine after scoring 15 in the first meeting.

“We’ve worked hard on the defense,” Lewis said. “That’s been our focus. We’re athletic enough to mix things up and keep teams off-balance.”

Preservati said the Lady Irish are coming together at the right time. Their next start is Wednesday, April 14, in Class AAA sectional play at Wayne.

“We’re close, more like a family,” Preservati said. “Last week, we put an emphasis on defense. The pressure helped us.

“Felt good about the 3s. It seems every time someone steps up. We give it everything we’ve got in the first quarter and build on that.”

St. Joe now competes in Class AAA after dominating Class A in recent years. Since 2009, the Lady Irish have captured nine state titles.

Davis Smith knew what her team might encounter, but she still got upset.

“Not sure what happened,” she said of first-half play compared to the previous meeting. “Teams go through phases. We didn’t match their intensity.”

Mingo Central came in off a 63-43 loss Monday at Logan.

Ave Lee, the only senior on the St. Joe roster, was recognized at halftime.