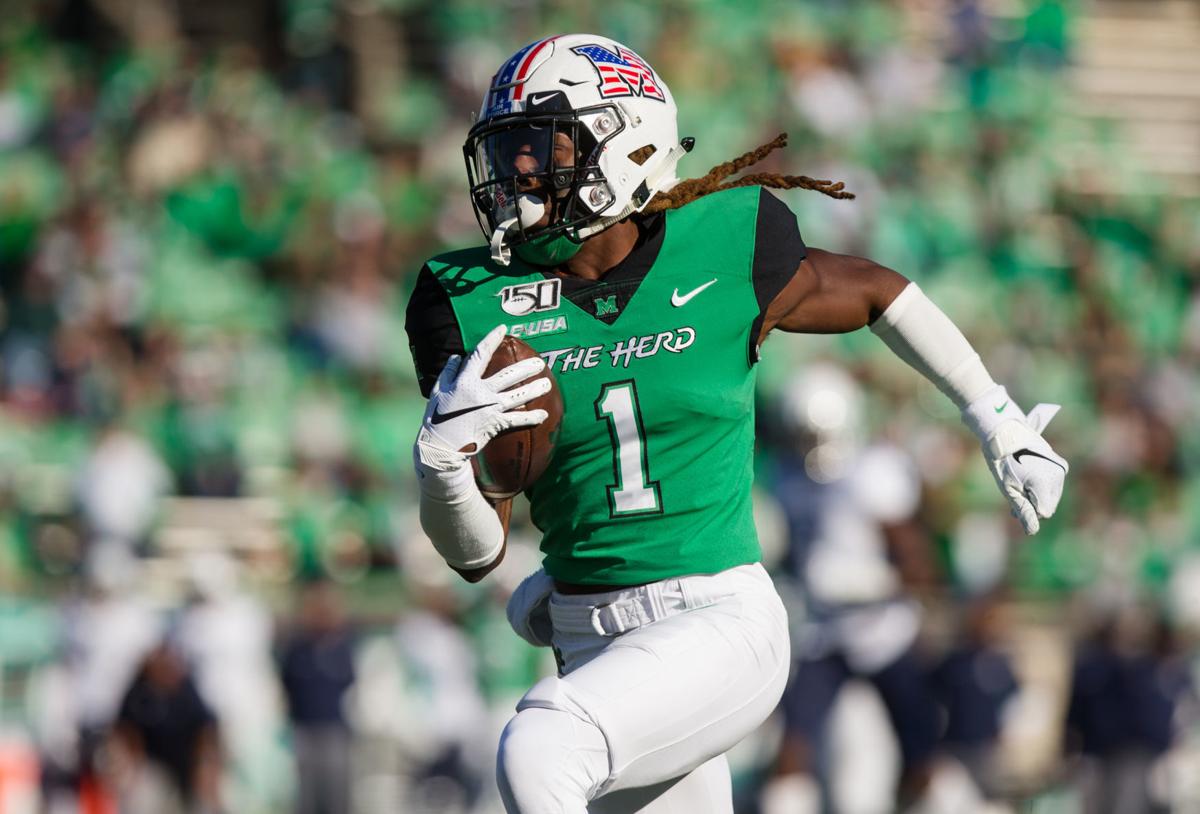 Marshall wide receiver Willie Johnson takes and end around play in for a score against Old Dominion during a C-USA football game on Saturday, Oct. 12, 2019, at Joan C. Edwards Stadium in Huntington, W.Va. 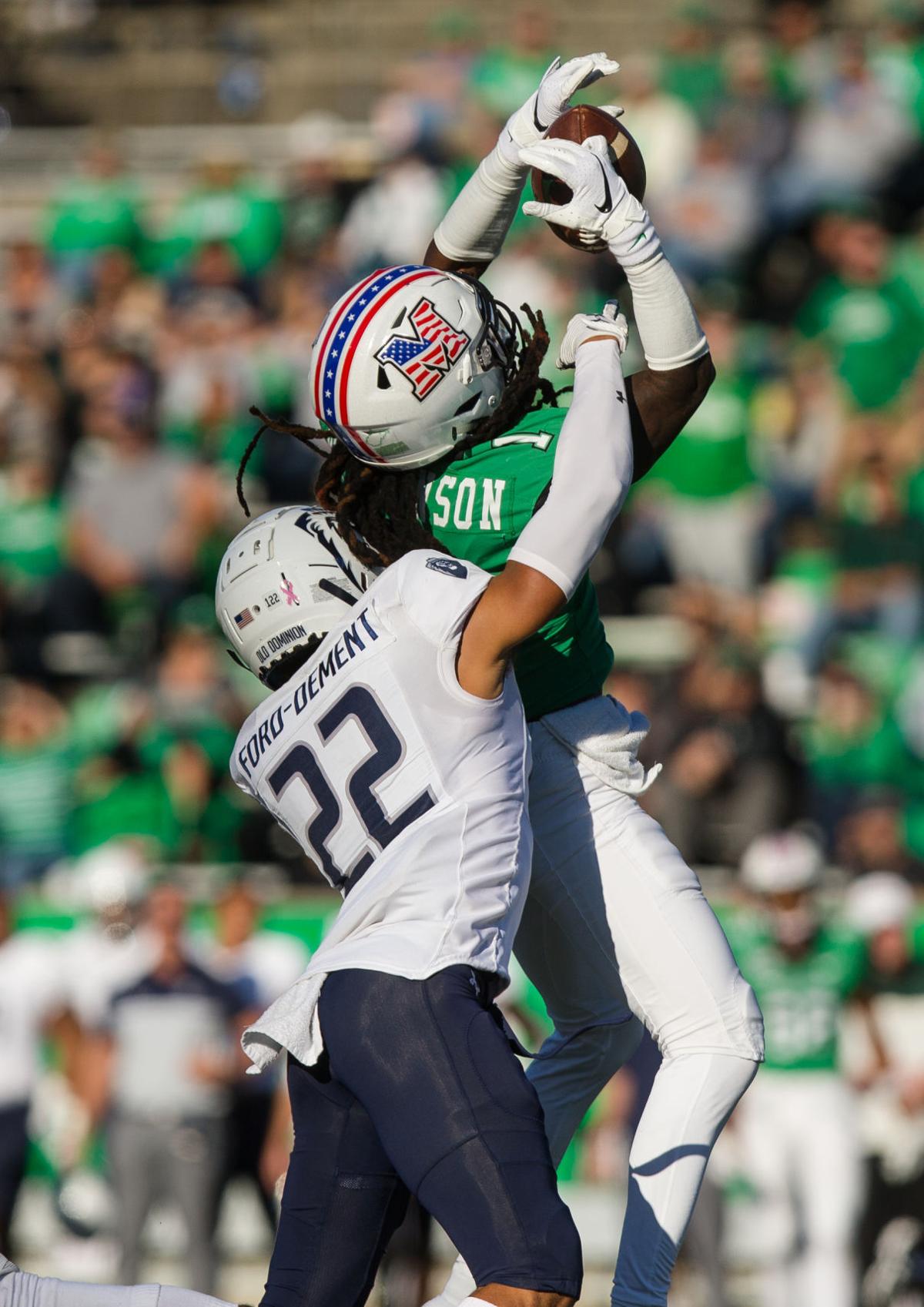 Marshall wide receiver Willie Johnson takes and end around play in for a score against Old Dominion during a C-USA football game on Saturday, Oct. 12, 2019, at Joan C. Edwards Stadium in Huntington, W.Va.

Marshall offensive coordinator Tim Cramsey is hoping that Johnson is less than silent during the 2020 season after a stellar per-touch production chart in 2019.

As he moves into his final year in a Marshall uniform, Cramsey expects big things from the productive speedster from Fort Myers, Florida.

“He’s an explosive player, averaging 23 yards per touch,” Cramsey said. “He had the luxury of being the reverse guy or the post guy or the deep ball guy, you know. He’s a home run hitter.

To put it in perspective, Johnson’s numbers would have led the nation in offensive yards per touch had he gotten enough touches to qualify.

Johnson’s six touchdowns show exactly the dynamic he can bring offensively: receiving touchdowns of 29, 60, 18 and 70 yards, along with rushing scores of 40 and 27 yards.

The goal is to find ways to maximize his yards per touch while increasing the volume in 2020.

“He’s got to take that step to be a more complete receiver,” Cramsey said. “He and Talik Keaton are major guys for us, moving forward.”

While production brings a major value to the Herd offense, so does Johnson’s leadership abilities at the wide receiver spot.

Johnson leads all Marshall receivers with 41 games of experience as he heads into his final year.

The next closest player at the receiver position is reserve Stone Scarcelle (26), followed by Artie Henry and Talik Keaton with 15 games each.

“I really like that room and the guys who are in there at receiver,” Cramsey said. “Willie is one guy that can lead them, but that room is one where we feel we can go seven or eight deep.”

Even though injuries at receiver preventing it from happening in 2019, Cramsey’s most comfort in his offense comes with three and four targets on the field at a time, meaning the deeper and more knowledgeable that the room is, the better off the offense is, as a whole.

Given that Marshall will have a new quarterback behind center with the exit of two-year starter Isaiah Green, Johnson’s experience and leadership are also vital for merging that room with an inexperienced passer.

Johnson’s experience also goes well beyond the offense as he’s shown production as a return man in both punt and kick scenarios.

In addition to his duties at receiver, Johnson is likely to become a primary kick returner for the Herd in 2020, as well.

In his Marshall career, he’s averaged 22.8 yards per kick return and has more kick returns (22) than all others on Marshall’s roster combined.

For years, Marshall head coach Doc Holliday has preached that the team is at its best when the seniors are playing their best ball.

Johnson may have been the silent assassin in 2019, but the Marshall offense hopes he makes a loud impact in 2020.