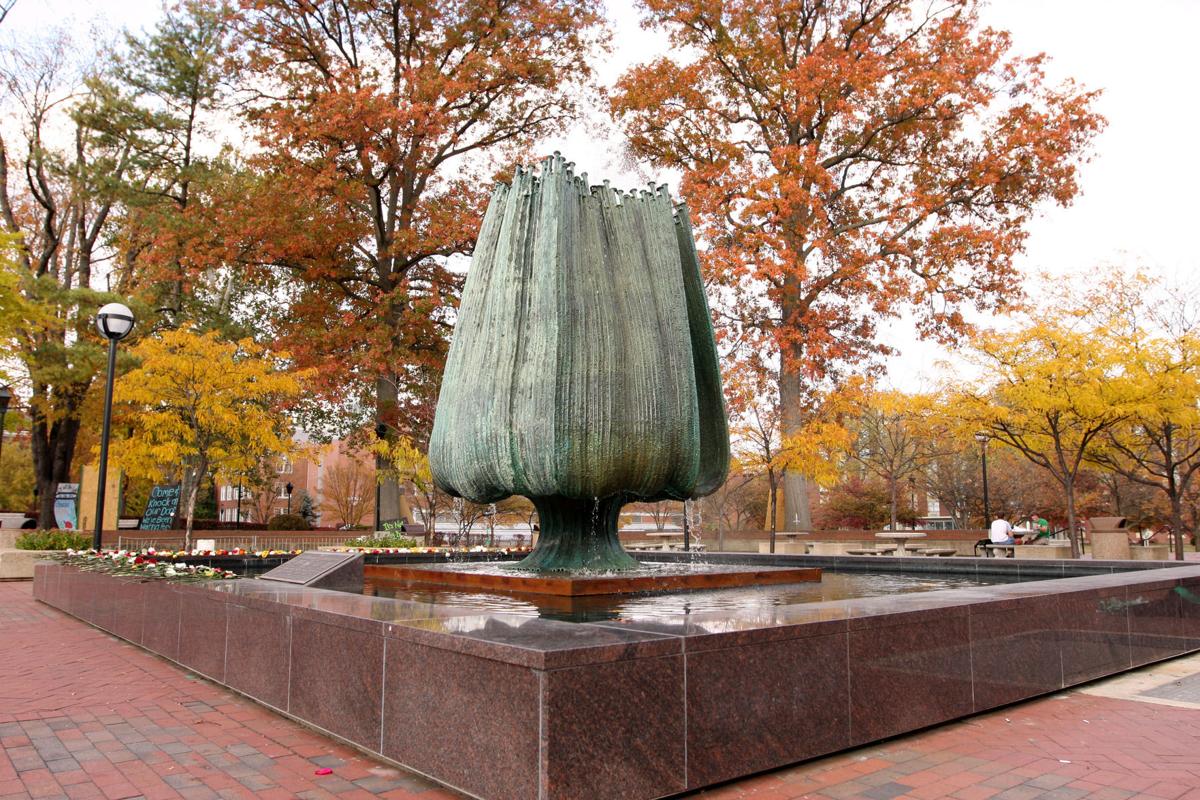 Marshall Memorial Fountain on Marshall's Huntington campus. Designed by sculptor Harry Bertoia and dedicated Nov. 12, 1972. In 2008, the fountain underwent extensive repairs and was given a new granite surface, a copper catch tray and a higher spray of water. 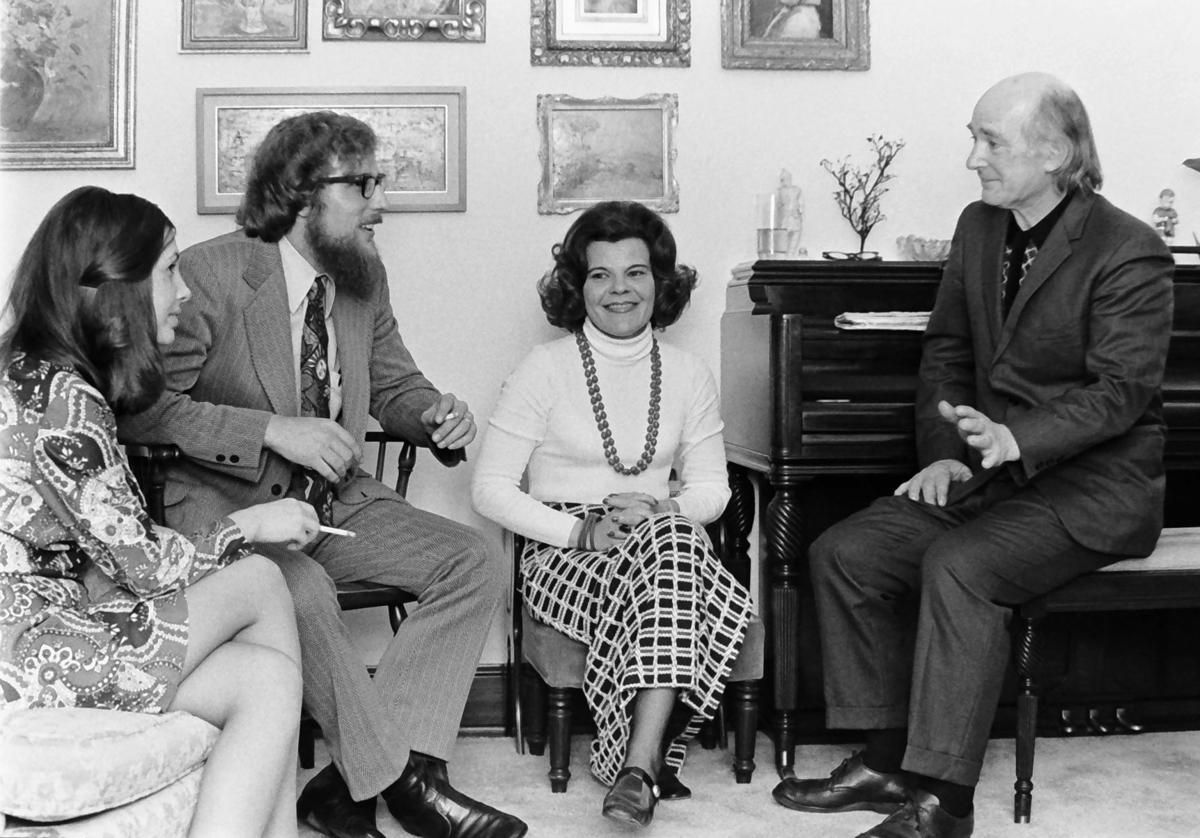 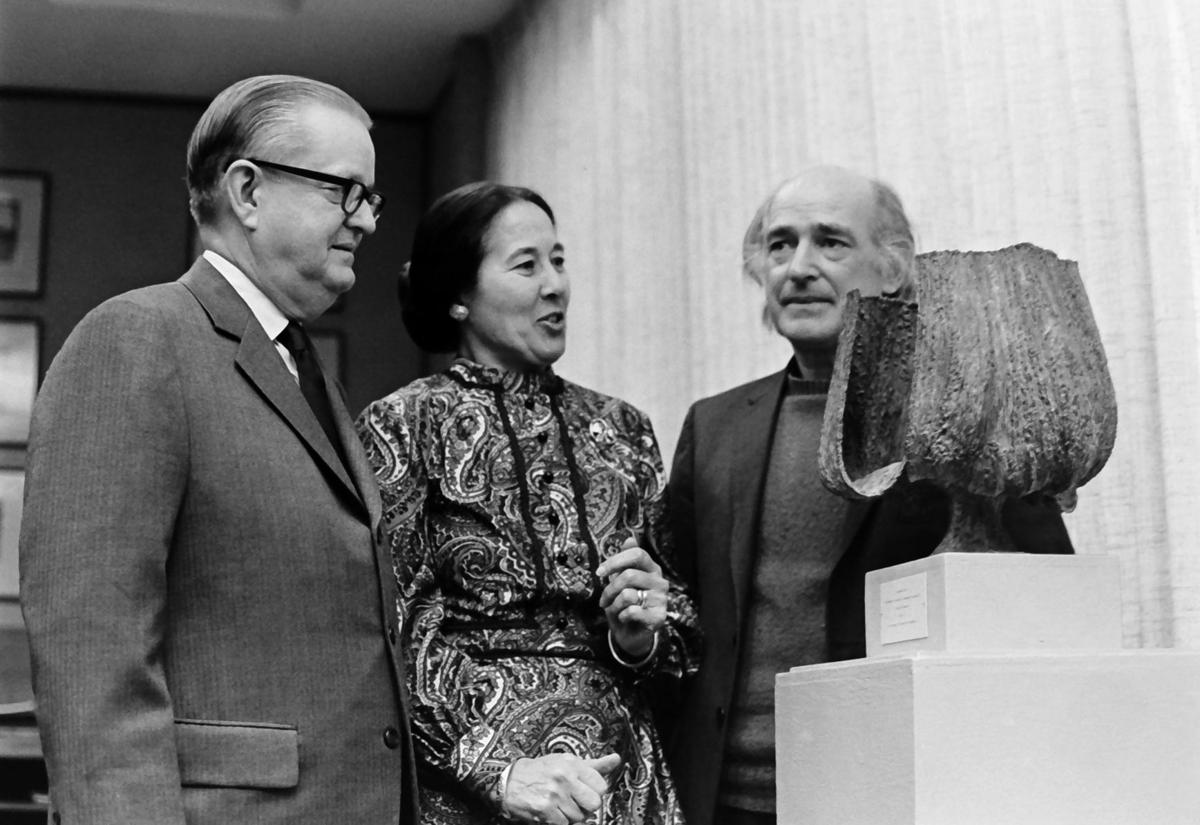 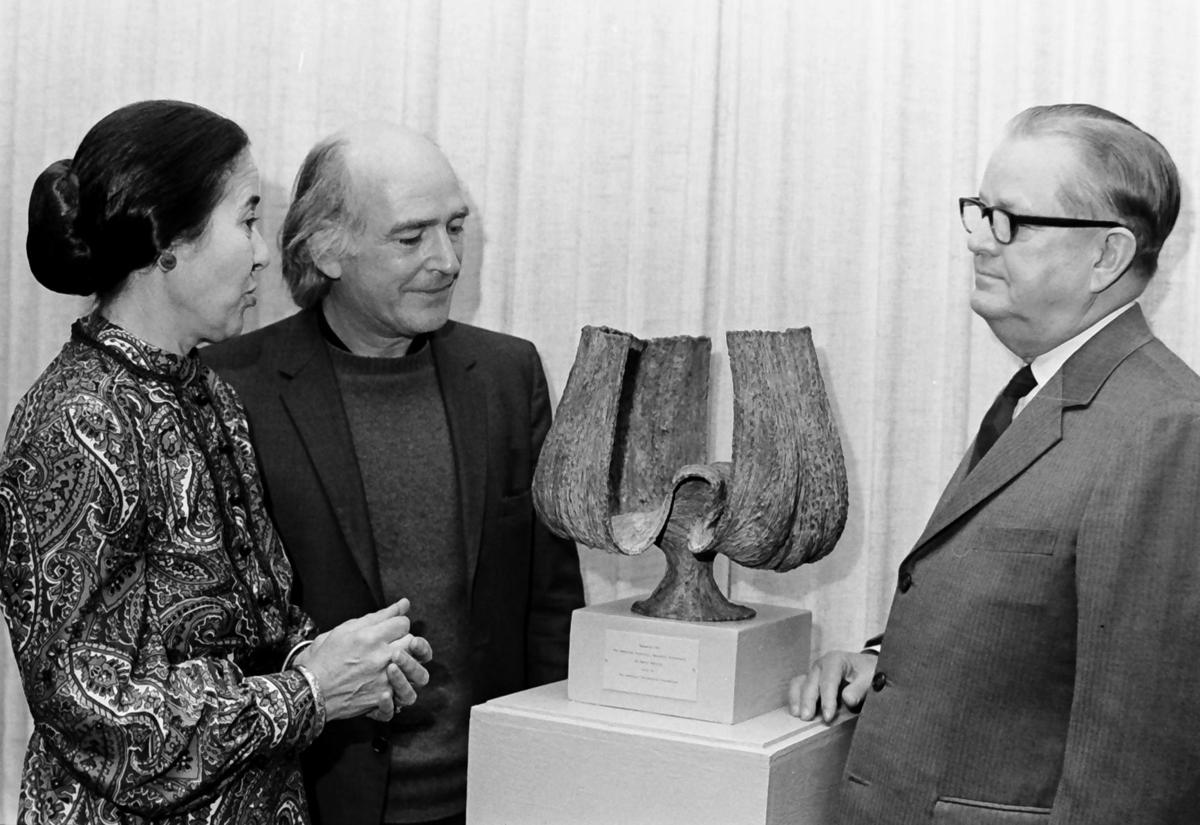 Marshall Memorial Fountain on Marshall's Huntington campus. Designed by sculptor Harry Bertoia and dedicated Nov. 12, 1972. In 2008, the fountain underwent extensive repairs and was given a new granite surface, a copper catch tray and a higher spray of water.

HUNTINGTON -- The graceful Memorial Fountain that stands in front of the campus entrance to Marshall University's Memorial Student Center was designed to reaffirm "purposeful life" as much as mourn "tragic loss" after the deaths of the 75 football players, coaches and fans who died in the tragic crash of Nov. 14, 1970.

"Let us move with firm resolve to take up the unfinished tasks of this great institution and find personal significance and lasting stimulus in this memorial dedication," said Lawrence Tippett, a member of the Marshall University Foundation board, when the fountain and its integral Harry Bertoia sculpture were dedicated Nov. 12, 1972.

As the waters began to rise and fall through the structure, Bertoia said he hoped they would commemorate "upward growth, immortality, eternality."

Acting Marshall President Donald Dedmon had appointed a Memorial Committee -- members of which included Dr. Eugene Hoak, professor of speech; Dr. James E. Phipps, president of the Alumni Association; and Dr. Constantine W. Curris, director of student personnel programs -- shortly after the crash to decide on an appropriate memorial to those who perished therein.

The committee decided that the major memorial should be located on campus, but also that two smaller remembrances should be constructed -- plaques and a memory garden at Fairfield Stadium and a granite cenotaph at Spring Hill Cemetery, where the six unidentified players were buried. The student center,which also was finished about that time, was designated a memorial to the crash victims as well.

An early suggestion for the campus memorial, proposed by Park Commissioner G.Y. Neal, called for a reinforced concrete pilaster covered with white marble and supporting a bronze statue of a football player.

But it was Bertoia, an internationally known Italian artist, who came up with a $25,000 design employing bronze, copper tubing and welding rods that pleased the committee and took a year and a half to complete.

One piece of trivia about the sculpture -- that there are 75 copper tubes, one for each person lost in the tragedy -- is not true. Almost 150 tubes in the work sweep toward the sky.

The 6,500-pound, 13-foot-high sculpture was trucked to Huntington on a flatbed trailer from Bertoia's home in Barto, Pa. A crane moved it into place in the middle of the fountain on Oct. 18, 1972, nearly a month before the dedication. A wooden structure surrounded it while plumbing and electrical work was completed.

Workers from the F.C. McColm Granite Co., a Huntington monument firm, installed a permanent plaque on a base supplied by Neighborgall Construction Co. in front of the fountain on Aug. 10, 1973.

The plaque, which replaced a temporary one, read as follows:

"They shall live on in the hearts of their families and friends forever and this memorial records their loss to the university and the community."

The Memorial Fountain is back in its place behind Marshall University’s Memorial Student Center. The fountain is turned off every year on the …

Marshall University, with the help of several public officials and community members, rededciated the Memorial Fountain at the Memorial Studen…

A ceremony celebrating the turing on of the Memorial Fountain is held on Saturday, April 23, 2011, at the Marshall University Memorial Student…

The Marshall University Spring Fountain Celebration is held on Saturday, April 27, 2013, at the Memorial Student Center Plaza in Huntington.