Thank you. Your account has been registered, and you are now logged in. Check your email for details.

Thank you. Your purchase was successful, and you are now logged in. 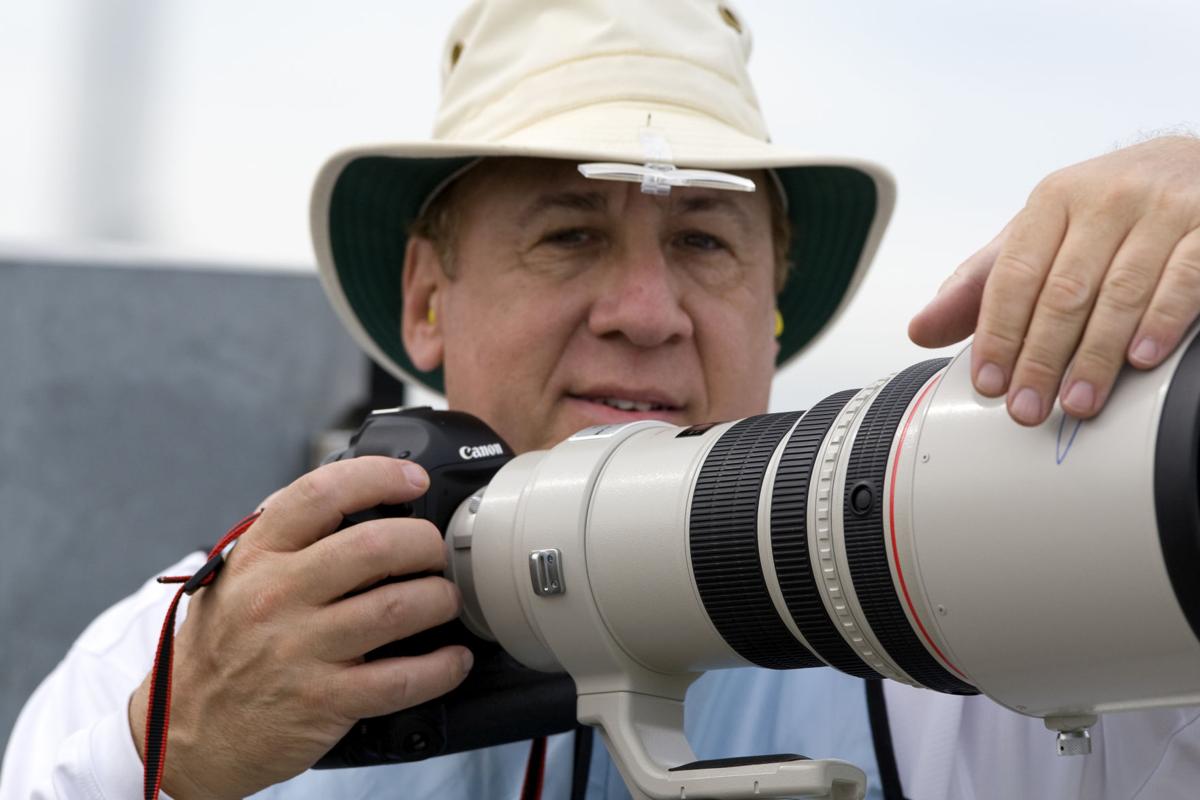 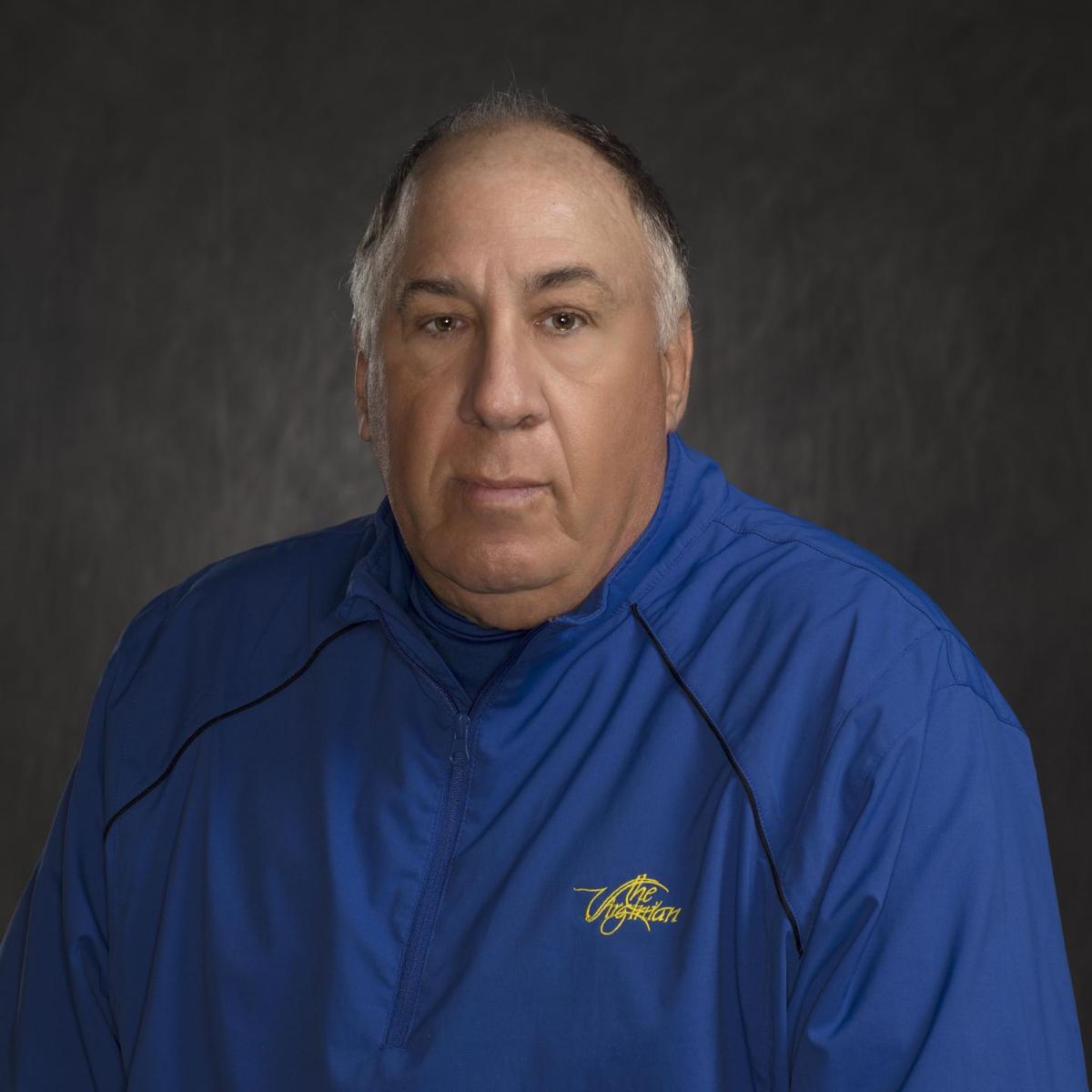 HUNTINGTON - Not many people can say they were the last to see someone alive.

Tom Raymond is one who can.

In November, 1970, Raymond was working on a Master's of Science degree at East Carolina University in Greenville, N.C. He told the school's sports information director about the photography skills he'd acquired while at the University of Tennessee in Knoxville. The SID asked him if he'd be interested in shooting East Carolina's home football games. He said yes.

On Nov. 14, the Pirates took on Marshall University at Ficklen Stadium. Raymond shot the game from the Marshall sideline. The Pirates would defeat the Thundering Herd, 17-14, in front of 8,711 fans. With his work done, Raymond eventually would head to his apartment where his then girlfriend had planned a surprise birthday party later that evening.

Meanwhile, people in the Thundering Herd travel party would board the chartered Southern Airways jet in Kinston, N.C. for the flight back to Tri-State Airport in Kenova. It was a rainy, foggy night in the Tri-State. The jet crashed into a hill short of the runway at the airport, killing all 75 aboard. The accident remains the deadliest tragedy affecting any sports team in U.S. history.

Every November 14 since, Marshall holds a memorial service at the Memorial Student Center to remember/honor those who perished. Monday is the 46th anniversary of that fateful night. Raymond, who now lives in Johnson City, Tenn., and has become quite a whiz with the camera after walking away from a successful career in medical research, will attend for the first time. His business, Fresh Air Photo, is the leading commercial photography and video studio in Northeast Tennessee and Southwest Virginia.

"I don't know why the Lord put me on the sideline that day," Raymond, who is 68, said in a telephone interview from his home/headquarters. "I had no history with that university. I'd never been there. I just happened to be there doing my job, recording things as I normally would.

"For many years I felt a bit of kinship. I've always wanted to come. I did not want to grandstand. I want to share with people that I was there and to show my respect. That day still is very close to me, very shocking to me."

For the semiretired Raymond and wife Cynthia, the memorial service is one stop on a roadtrip they put together. They'll visit The Greenbrier Resort in White Sulphur Springs and travel to Washington D.C. where they'll check out an exhibit of his at the Library of Congress. He was the official photographer for the National Storytelling Festival, held the first weekend in October each year in Jonesborough, Tenn., from 1980-2013 when he resigned from that position. In 2009, he donated all of his film images (13,000) of the festival to the Folk Life Center at the Library of Congress as part of the Storytelling Center's archived stories there.

Raymond first delved into photography during his freshman year at Tennessee. He bought a camera for $50, liked what developed and made a visit to the UT Daily Beacon, the school newspaper, to inquire about getting a job. Those in charge said yes and Raymond began shooting the Volunteers when they played in Neyland Stadium. When Alabama came to town, Raymond got to focus on legendary Crimson Tide coach Bear Bryant. When Kentucky came to town for basketball, one of Raymond's targets was legendary Wildcats coach Adolph Rupp .

Ficklen Stadium's capacity paled to Neyland Stadium. He had more freedom to roam at Ficklen than at Neyland due to SEC guidelines.

"I could go anywhere," Raymond said. "I was among the players. That's why I have this memory of a MU coach who was in a short sleeve white shirt with a narrow tie."

Raymond had a reason for shooting the game from the Marshall sideline. The sun was behind his back and on the players.

"Today I'm very fond of shooting from the other side. SI (working for Sports Illustrated) taught me that," Raymond said.

At games, photographers can have close calls or even be bowled over by players when they run across the sideline. On this day, Raymond had such an experience. A Thundering Herd receiver collided with him after making a catch on an out route.

"I had a camera with a long lens," Raymond said. "All of a sudden a wide receiver comes right at me. I ducked. His foot hit the lens shade and destroyed it. He turned around and said, 'Sorry buddy.' They ran the same play the next play. He went over me this time. Of all my years well past Marshall, East Carolina, I've never been hit."

After the game, Raymond found out he had to process the film. That task took a backseat to the surprise birthday party (his actual birthday is Nov. 17). About 9 p.m., Raymond got the tragic news about the Marshall plane crash and learned that all the players he'd watched through his camera lens were now dead.

"A fellow grad student told us what happened," Raymond said. "I sent everyone home. It was like when my dad died. You think, 'if I could only speak to him one more time, tell him how much I love him.' I think of all the green and white on the left and right of me. It was difficult for me. What must it have been like for them?"

Raymond would have a similar experience later in life. It was the death of NASCAR legend Dale Earnhardt on Feb. 18, 2001. He was killed instantly in a final-lap collision in the Daytona 500. Earnhardt was 49. From 1991 through 2010, Fresh Air Photo was under contract by the DuPont Company to document Jeff Gordon's No. 24 car and other cars with DuPont paint. That put Raymond at the track that fateful day.

Raymond earned a PhD degree from the Wake Forest School of Medicine in 1974. He would go on to do post-doctoral work at schools around the country (one stop was MIT). He said the key to securing research grants "was doing something people think is worthwhile investigating." He was Associate Professor of Medicine at East Tennessee State University's College of Medicine from 1978-88.

In 1984, Raymond became the first person at the ETSU Medical School to secure an original research grant. The date was Sept. 24. He relayed the information to his father. Six hours after breaking the news, he got word his father had died. Time to head to Norfolk, Va,., to say farewell. That experience would serve as the catalyst for Raymond to say so long to medical research and hello to a career in photography.

"I told him the good news, hours later he's gone," Raymond said. "I fly home. He's in a box (casket). I realized that life's too short to do this (medical research dictating how to live)." In 1987, after completing work on his grant, Raymond resigned from the ETSU Med School faculty to start a full-time career in photography.

A few years go by and Raymond happens to hear about Marshall football player Nate Ruffin (who didn't make the trip to East Carolina due to injury and served as captain of the 1971 Young Thundering Herd) on a Sunday morning TV show.

"I remembered I still had my film," Raymond said. He got into contact with then Marshall president Dr. Dan Angel and said he could make the photos available to the school. He said Angel was very happy to get ground level shots.

Raymond later saw the documentary "Ashes to Glory." The film covered the plane crash, the school's efforts to rebuild the team and Huntington's road to recovery. He would later see the movie "We Are Marshall." The production by Warner Bros. Pictures told the world about the crash, the rebuilding of the program and healing that the community undergoes.

"I couldn't say a word to anybody," Raymond said, recalling the night he saw the movie. "People who were my good friends were not where I was that day. I was among them. I have been very blessed. I never had to go to war. But I thought about guys that had been in Viet Nam. They would be with a buddy, turn around and they're gone."

When the movie opens, one scene is the closing seconds of that Marshall/East Carolina game. A final pass falls incomplete.

"That stirred memories," Raymond said of the scene where you see the name Ficklen Stadium. "There's flashback. You think, 'I was there.' The officials and myself are probably the only ones alive."

Living in Johnson City, Reynolds knows all about a football program shutting down. East Tennessee State dropped football in 2003 for financial reasons. The school revived the program in 2015.

"They had time to plan," Raymond said. "For Marshall, the 75 were gone in an instant. There's total grief. It's like you wipe the slate clean. It's ground zero. They had nothing. They decided to go forward to where they are today. Quite the story."

After a long wait, Tom Raymond gets to share personally in that story with the Marshall community Monday and see first hand how a football program, university and city have emerged from one of the darkest hours in sports history.

Learn more about the 1970 crash

A site at www.Herald-Dispatch.com titled "1970 Marshall Plane Crash: The Real Story" is full of information

>> photo galleries of the teams, Fairfield Stadium and more.

>> biographical information about the victims.

>> a history of Marshall football.n coverage of the filming of the movie.

>> a guestbook for visitors to share their thoughts and memories about the teams.