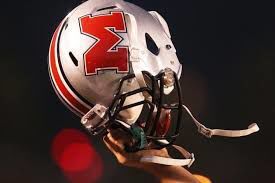 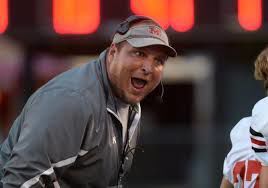 Cabell Midland High School football coach Luke Salmons said he is frustrated with the cancellation of the Knights' game Saturday at George Washington.

Cabell Midland High School football coach Luke Salmons said he is frustrated with the cancellation of the Knights' game Saturday at George Washington.

Officials from both schools announced the cancellation was because of a stay-at-home advisory from the Cabell-Huntington Health Department on Thursday. The department issued the advisory because of an increase in COVID-19 cases. G.W. also canceled its volleyball game at Cabell Midland, as well as its Monday game with Herbert Hoover.

Cabell Midland football coach Luke Salmons said he is frustrated, particularly since the color-coded COVID map indicates both the Knights and Patriots are cleared to play.

“I don’t even get upset about it anymore,” Salmons said. “We’re just going to focus on what we have to do. We thought we might get this game in, but (G.W.’s administration) had some concerns about the health things. They’re not dodging us. G.W. wants to play and so do we.”

Health department officials said since Oct. 1 cases have risen as testing opportunities in the county have increased the last two weeks.

“Widespread disease in the community increases exposure risk to the public, increases the risk of exposure to vulnerable populations, and reduces the effectiveness of contact tracing as a means of controlling disease spread,” the health department release revealed.

Officials recommended people at high risk for coronavirus stay home and limit outside contact. The recommendations are voluntary.

The status of Huntington High’s home football game with Winfield Friday night, however, remained unchanged, with the Highlanders and Generals playing at 7 p.m.

According to the West Virginia Department of Health and Human Resources, Cabell County had an infection rate of 22.4 daily positive cases per 100,000 people on Wednesday, enough to put the county at the orange level of the state department’s COVID map.

Whether the Cabell Midland-George Washington game will be made up is to be seen. The Knights are scheduled to play Parkersburg South next week and Martinsburg the week after.

“It’s a weird, weird year,” Salmons said. “We’ll try to roll with it. If you don’t, it’ll drive you crazy. The kids are frustrated, but they’re tough and resilient. We’ll be all right.”