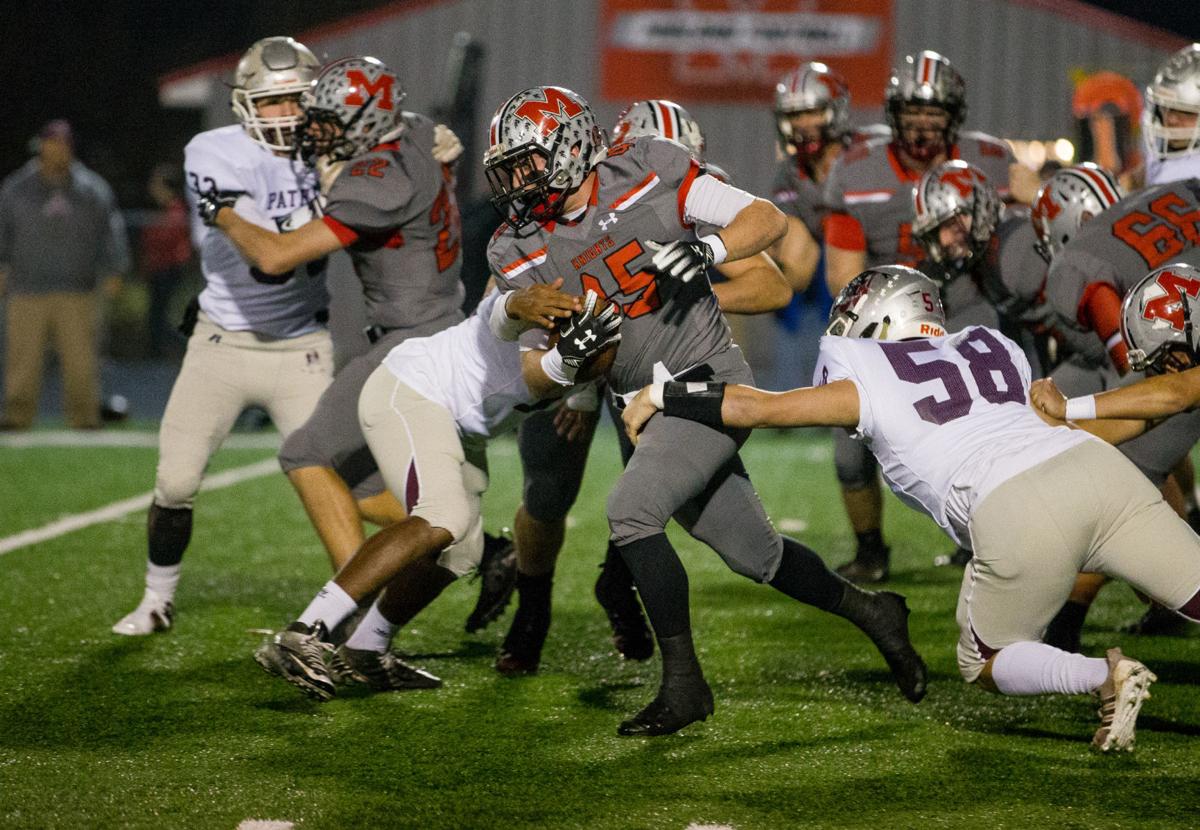 Cabell Midland's Jakob Caudill (45) rushes up field on a carry as the Knights take on George Washington during the quarterfinals of the West Virginia Class AAA football playoffs on Friday, Nov. 22, 2019, at Cabell Midland High School in Ona. 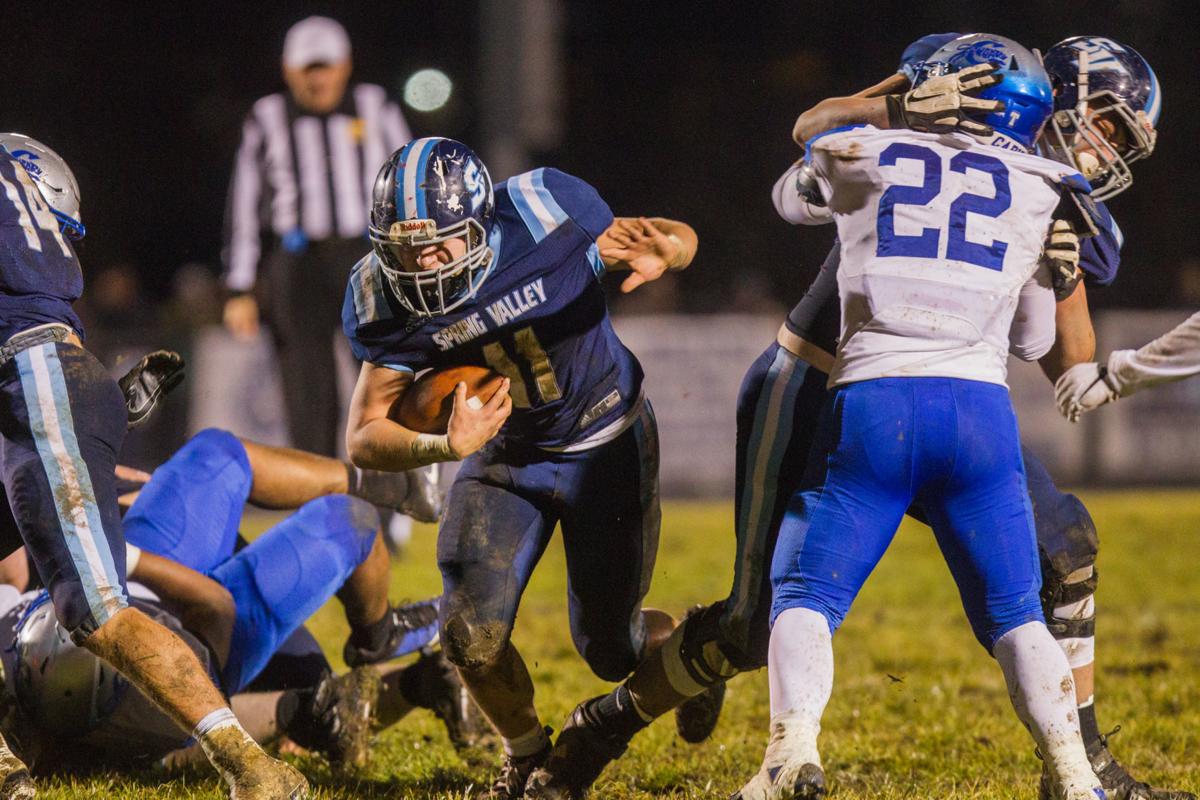 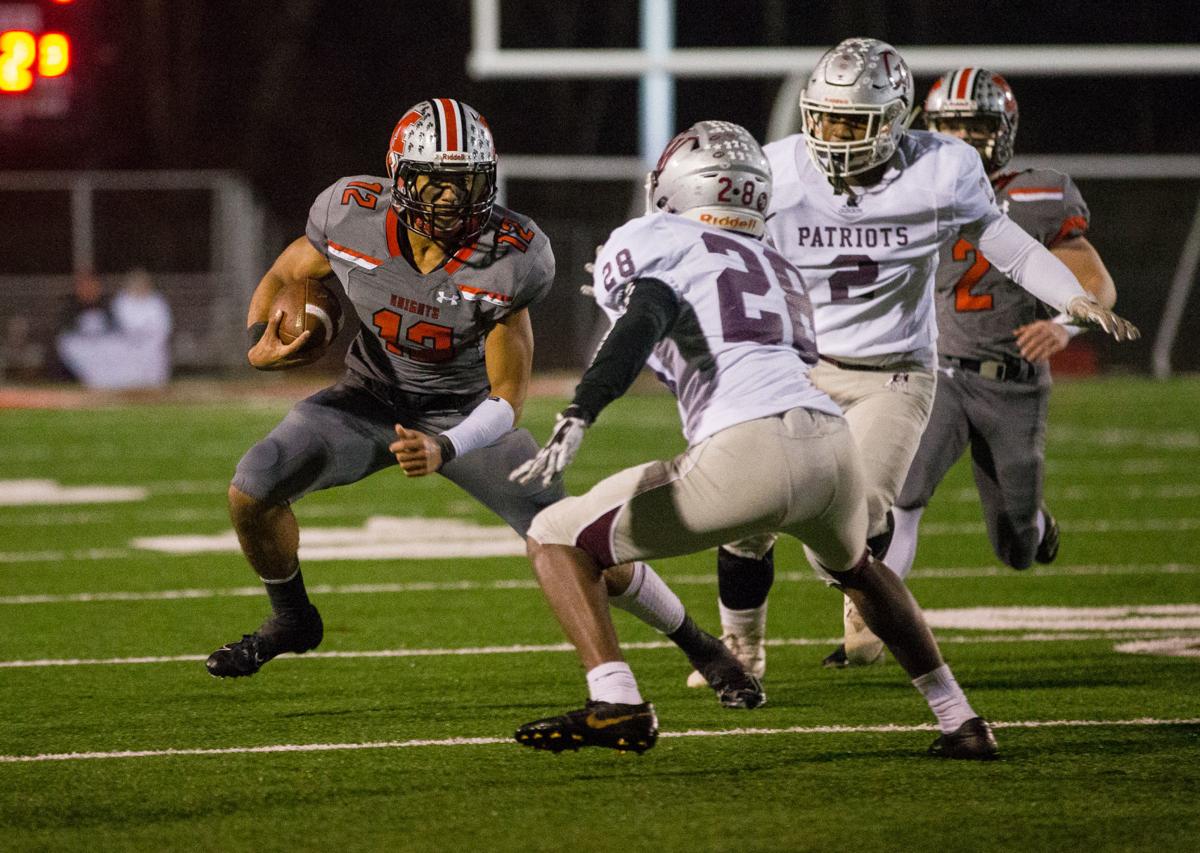 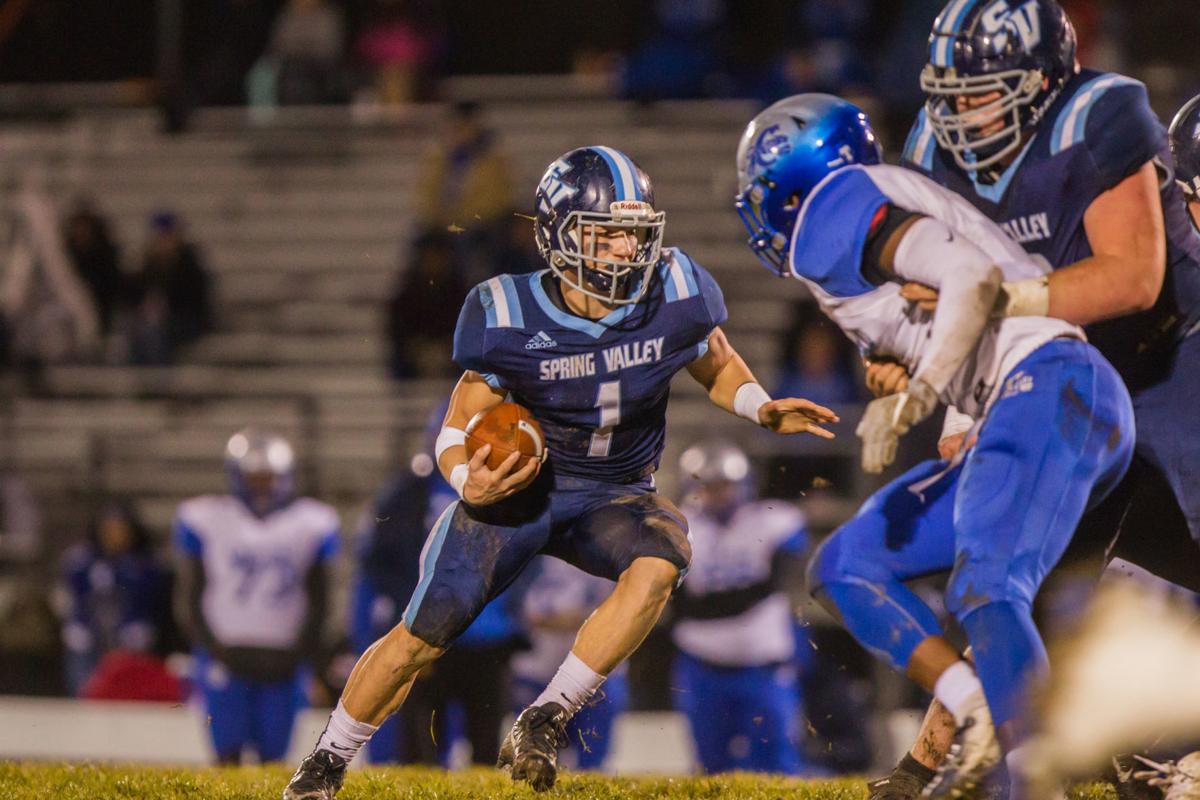 Cabell Midland's Jakob Caudill (45) rushes up field on a carry as the Knights take on George Washington during the quarterfinals of the West Virginia Class AAA football playoffs on Friday, Nov. 22, 2019, at Cabell Midland High School in Ona.

HUNTINGTON — Take away the players’ names from the statistics and an observer of high school football might have a difficult time determining No. 2 Cabell Midland (12-0) from No. 3 Spring Valley (11-1).

The strikingly similar teams face one another at 7:30 p.m. Friday at the Castle in Ona in the West Virginia Class AAA semifinals. At stake is a berth in the state championship game at noon on Dec. 7 at Wheeling Island Stadium vs. either No. 1 Martinsburg (12-0) or No. 4 Parkersburg South (11-1).

Timberwolves coach Brad Dingess said the game might be over quickly, thanks to both teams’ penchant for lengthy, time-consuming, ground-based drives that keeps the clock running.

“It might be the fastest game in the state that weekend,” Dingess said. “We’re probably not real fun to watch from the stands. We try to run the ball and be physical and so do they.”

“Everybody throws in a new wrinkle or two, but what it really comes down to is blocking, tackling, execution, taking care of the football and not making stupid penalties,” Salmons said. “If you’re a good football team, you really don’t get away from what you do well. You go with what got you here.”

The longtime foes have played some epic contests through the years. Two titans of the state’s largest classification feature avid fans, rugged players and similar playbooks.

“It’s a good rivalry,” Dingess said. “We’re just excited to play another week. It’s kind of like playing in a bowl game — you get to practice on Thanksgiving. We’ll play hard.”

A good rivalry indeed. The Knights and Timberwolves have played one another 11 times in the last 10 years, with Spring Valley winning six. The only time during that span the teams met twice in one season was in 2017 when the Timberwolves won the regular-season encounter 56-28, then claimed the playoff game 15-0.

Spring Valley has won four of the last five in the series, but Cabell Midland won this year’s first meeting 28-21 on Sept. 13 at the Wolves Den.

“Their guys are excited and so are ours,” Salmons said. “Our guys have worked really hard and had a great year. They’re having fun and are looking forward to playing.”