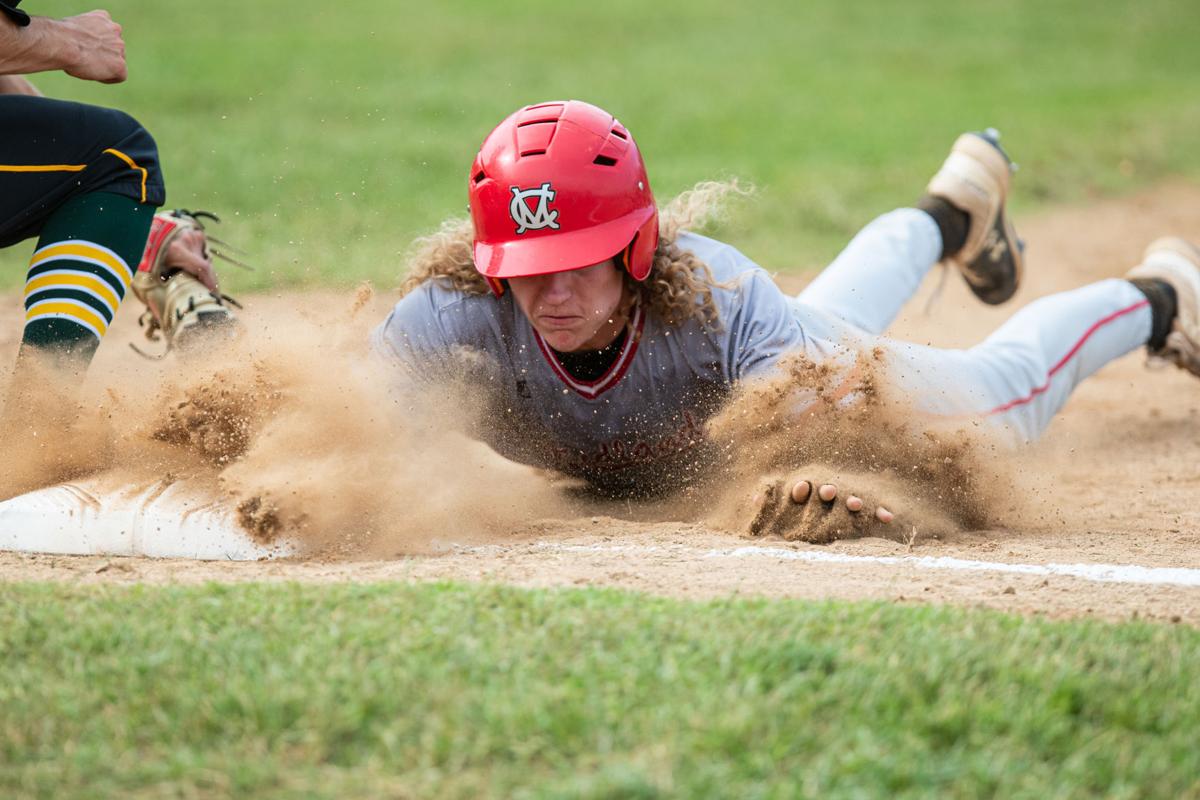 Cabell Midland's Clay Holmes dives back into first base as the Knights take on Huntington in the Class AAA, Region IV, Section 1 baseball championship on Monday, June 7, 2021, at Cabell Midland High School in Ona. 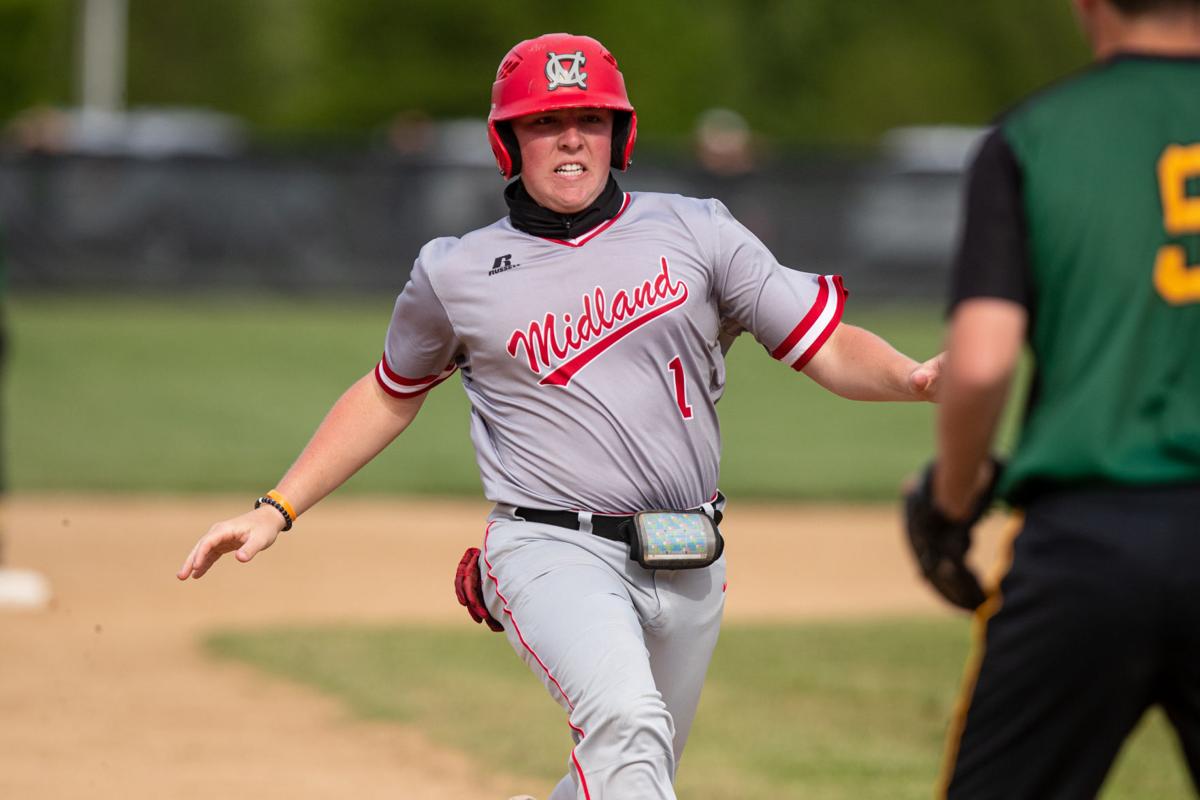 Cabell Midland's Noah Farrar slides into third base as the Knights take on Huntington in the Class AAA, Region IV, Section 1 baseball championship on Monday, June 7, 2021, at Cabell Midland High School in Ona. 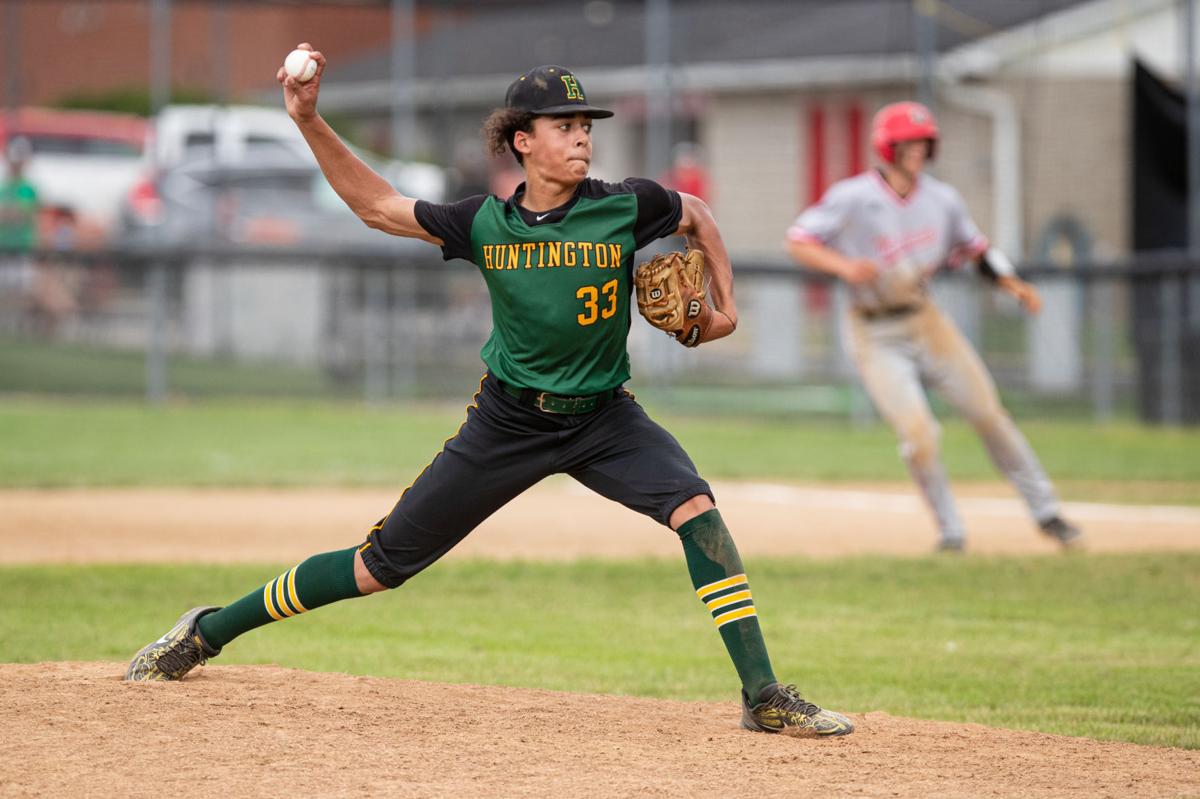 Cabell Midland's Clay Holmes dives back into first base as the Knights take on Huntington in the Class AAA, Region IV, Section 1 baseball championship on Monday, June 7, 2021, at Cabell Midland High School in Ona.

Cabell Midland's Noah Farrar slides into third base as the Knights take on Huntington in the Class AAA, Region IV, Section 1 baseball championship on Monday, June 7, 2021, at Cabell Midland High School in Ona.

ONA — Ever since he was a kid in the backyard, Cabell Midland’s Clay Holmes has dreamed of Monday night’s scenario.

For Holmes, that dream had played out for years in the yard, but on Monday, the scenario played out twice in three innings.

The ninth-inning game-winner was vindication for a missed opportunity in the bottom of the seventh.

“I’m happy I got another shot at it,” Holmes said. “I was definitely upset whenever I didn’t come through for my team in that seventh inning. I just tried to keep my head and stay in it. I told my teammates, ‘If I get up there again, I’m not missing.’”

To make it, they had to out-last a scrappy Huntington team whose season ended at 24-8 under first-year coach John Dennison — one of the best marks in program history.

That was of little solace to Dennison after the loss as he hugged his players, whom he praised for playing their hearts out.

“It’s a tough ballgame,” Dennison said. “Ups, downs — they stayed in it and competed. I’m proud of them, proud of these seniors. I’m the new guy on the block for them. It took a while, but the trust came. They believed in themselves and we won 24 games this year. That’s nothing to be ashamed of.”

The ninth-inning rally started when freshman Ray Ray Williams — called on as a pinch-runner in the seventh — delivered a single to center field that bounded away from a diving attempt from Huntington’s Trent Dearth.

After Drew Elkins reached on a walk, Ryan Fulks delivered a bunt single to load the bases with no outs.

It was another huge play in a game full of them for Fulks, who had a pair of catches that potentially saved the game for the Knights.

Fulks’ biggest catch came in the top of the seventh when he sprinted into foul ground for a diving catch with the bases loaded and the Highlanders looking to take the lead.

Cabell Midland used the momentum to load the bases with one out in the bottom of the seventh, but Huntington’s Carson Williams induced Holmes’ groundout to the mound for a force-out before Huntington’s Adam Hanlon snagged a hot shot off the bat of Cabell Midland’s Austin Holley and fired to second for a force out.

It capped a wild seventh inning in which each team stranded three runners to send it to extras. In all, the teams combined to strand 28 baserunners — 14 per side.

That number was especially crazy on Huntington High’s side, given the team had just three hits in the contest — none coming after the fifth inning.

The atmosphere on Monday night matched the play on the field — wild and exciting.

Despite school being out, both stands were full of students and each held on to every pitch in a game that went back and forth throughout.

Cabell Midland had a 4-2 lead after a three-run fifth inning in which all three runs came with two outs.

However, Huntington scored a pair of runs off a wild pitch and an error on the subsequent throw home. No one was covering in behind the pitcher covering the plate and Dearth alertly sprinted home to tie the game at 4.

Brumfield credited his team for not getting its head down following the disappointing turn of events.

“They stayed in the game the whole time and didn’t get down,” Brumfield said. “That’s the thing about this group here. They don’t quit. They’re resilient.”

Holmes said that everything encompassing the game — the crowd, the chants back and forth, the game-play itself — was something the team was ready for.

“You know coming into the game it’s going to be wild,” Holmes said. “We were prepared for it. We’ve got to focus on what we can control.

The teams went scoreless through the early innings as Huntington’s Braden Shepherd and Cabell Midland’s Logan Lingenfelter engaged in a battle of aces.

The Highlanders answered in the top of the fifth, though, using a pair of Cabell Midland errors before Lukas Conn sent a double down the right field line to give Huntington its only lead at 2-1.

Dennison said that while this marks the end of this season, he hopes the success of 2021 set the bar for the future with his program.

“The hump to get over now is winning the section or MSAC,” Dennison said. “It used to be just to get a win. These kids understand now that it’s not about just getting a win, but finishing a championship.”

The bottom of the lineup got it done for the Knights with Elkins finishing 3-for-3 and Fulks going 3-for-4.