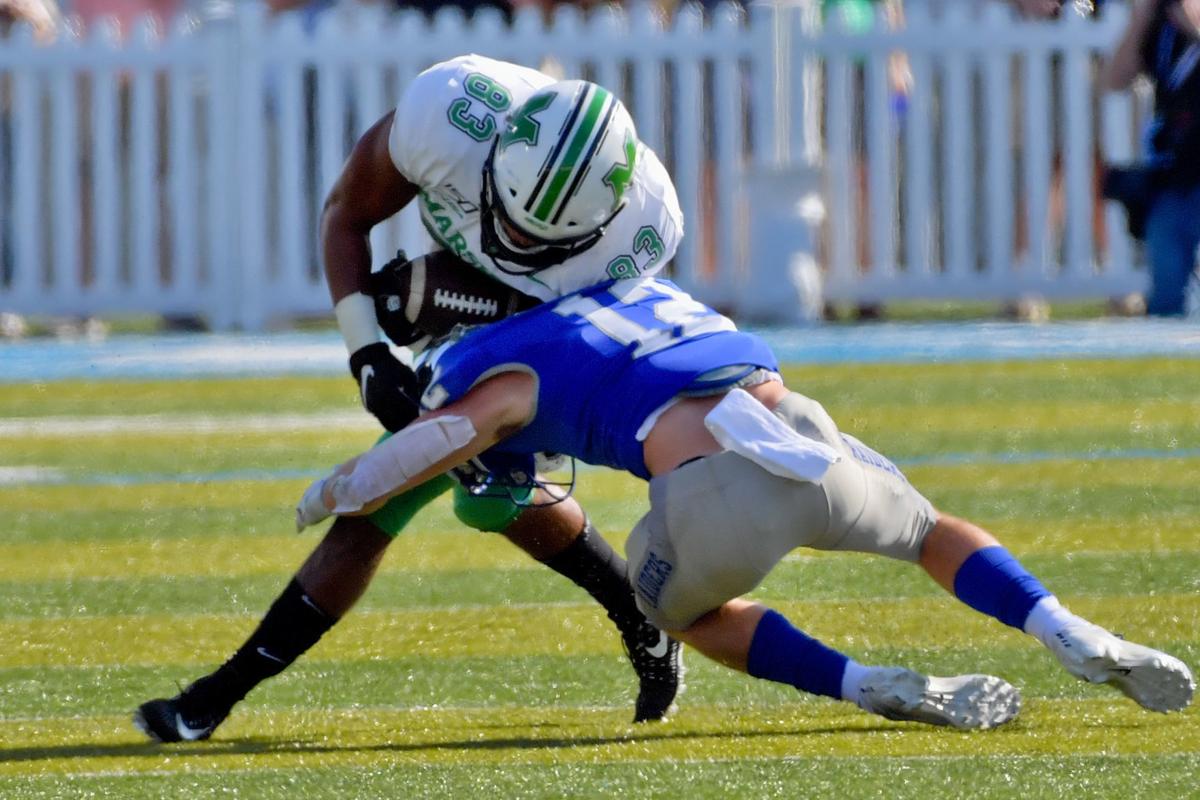 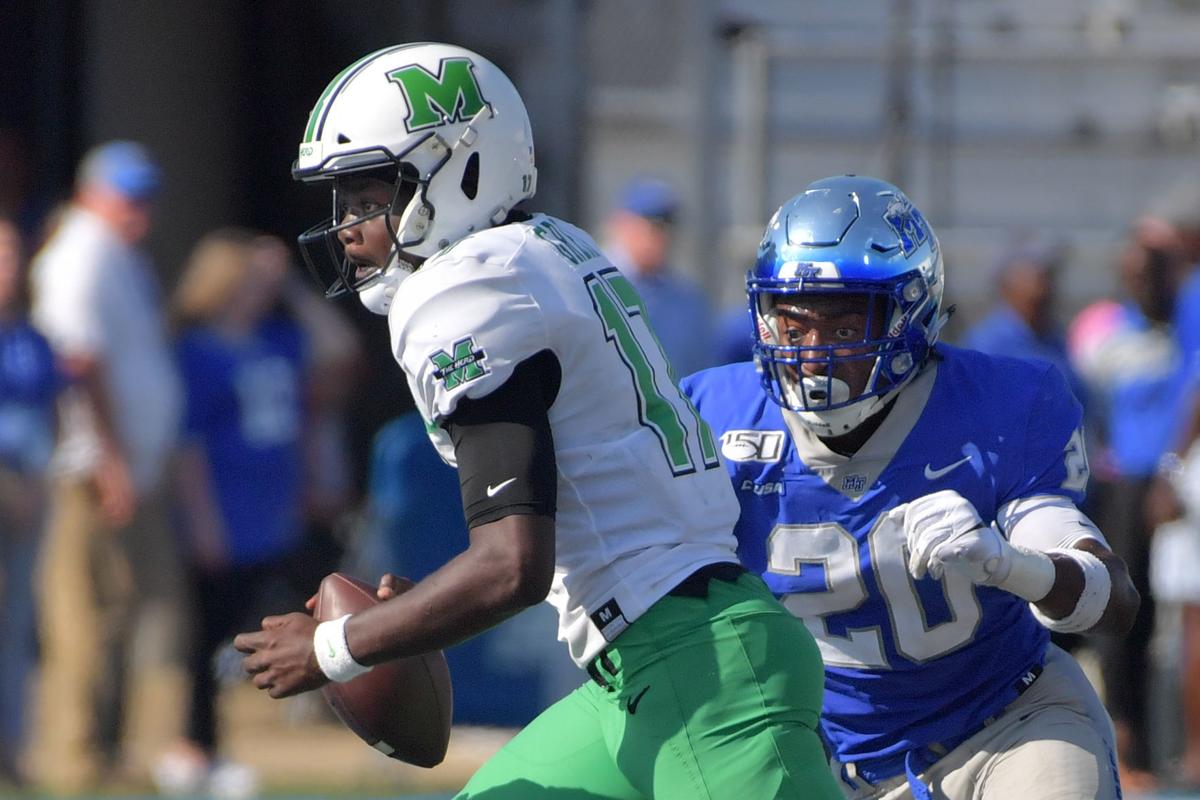 MURFREESBORO, Tenn. — Middle Tennessee knew it had a tough opponent to beat in Marshall coming into the Conference USA opener.

As it turned out, though, Marshall beat itself just as much as the Blue Raiders did.

Marshall had nearly 600 yards of offense, but four turnovers and two more second-half drives that ended in turnovers on downs proved costly as Middle Tennessee earned a 24-13 over the Herd at Johnny “Red” Floyd Stadium in Murfreesboro, Tennessee.

Despite amassing a 150-yard advantage over the Blue Raiders, Marshall could not overcome its turnovers.

Just how frustrating was the day for the Herd? Marshall had four second-half drives of 50 yards or more and all five ended up in Middle Tennessee territory, but the Herd had no points in the second half. Marshall quarterback Isaiah Green said it was a disappointing aspect of the loss.

“It’s frustrating when you drive the whole field and at the end of the drive, you come up short,” Green said. “It’s very frustrating.”

Green finished with 365 yards passing and 95 yards rushing, but accounted for four turnovers — three interceptions and a fumble.

Following the game, Holliday said numbers don’t matter and he did not discount taking a look at the quarterback situation with backup Alex Thomson.

“We’ll go back and evaluate the tape and we’ll play our best players and see where it goes,” Holliday said.

The game’s biggest turn came in the third quarter when Marshall put together arguably its best second-half drive of the season, going 83 yards in 13 plays and chewing up nearly seven minutes of game clock. Green, however, slipped on a third-and-2 and Brenden Knox was stopped short on a fourth-and-1 attempt, leaving the Herd with no points.

Marshall later also drove to the Middle Tennessee 24, but the ball bounded loose from the grasp of Marshall’s Xavier Gaines as he dived in the end zone for the catch, ending the drive.

On the ensuing drive, Middle Tennessee took a two-score lead when Asher O’Hara hit Zack Dobson with a middle screen that went for a 36-yard touchdown.

The play was the result of a beautiful design by offensive coordinator Tony Franklin in which there were screen looks to each outside, which drew the Marshall defense.

Dobson was all alone in the middle of the field and made one defender miss to find the end zone.

It was the lone score the Marshall defense allowed in the second half.

The loss nullified what shaped up to a much-improved offensive performance from a statistical perspective.

Knox finished with 99 yards rushing while Green was just behind with 95 — many of which came in the first half when he used the quarterback read to help the Herd move the ball down the field.

Armani Levias finished as the team leader in receiving yards with 94 — 75 of which came on a highlight-reel 75-yard touchdown catch.

On the play, Levias secured a one-handed catch while spinning to control a bobble — all while keeping his balance and not stepping out of bounds. He then outraced Middle Tennessee’s Jovante Moffatt to the end zone.

Moffatt finished with 14 tackles and two interceptions in the contest to lead Middle Tennessee’s bend-but-don’t-break defense.

Middle Tennessee quarterback Asher O’Hara was a catalyst in the rushing and passing game for the Blue Raiders, finishing 17 of 30 for 261 yards and a touchdown while adding 76 yards rushing, including a 5-yard touchdown run late in the second quarter that gave MT a 17-10 lead.

Marshall got a late 24-yard field goal from Justin Rohrwasser to cut it to a 17-13 lead at the break. The field goal came after a weird exchange in which the snap of Matt Beardall hit a lineman’s leg and bounded to holder Jackson White, who completed a pass to Devin Miller for a first down.