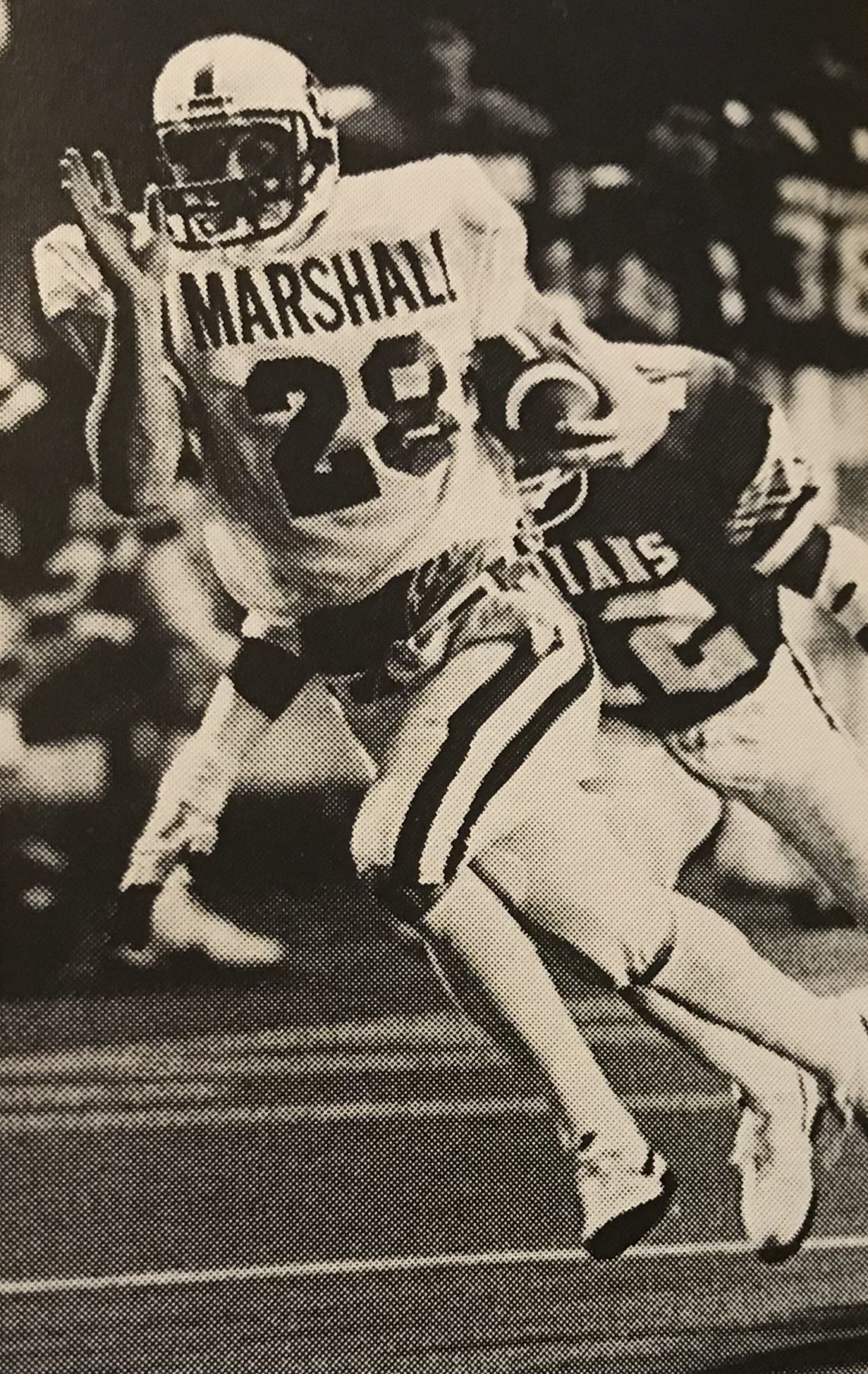 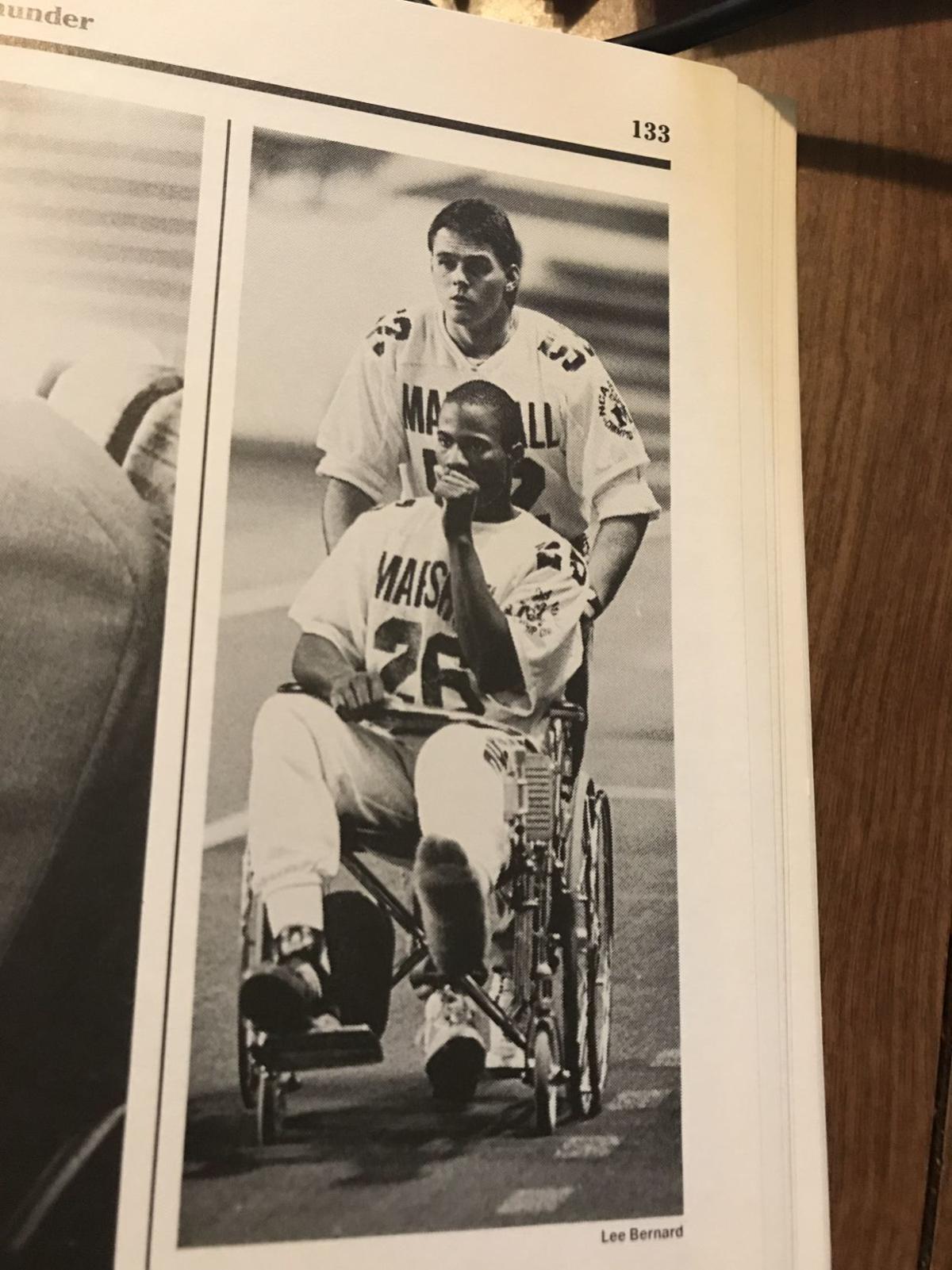 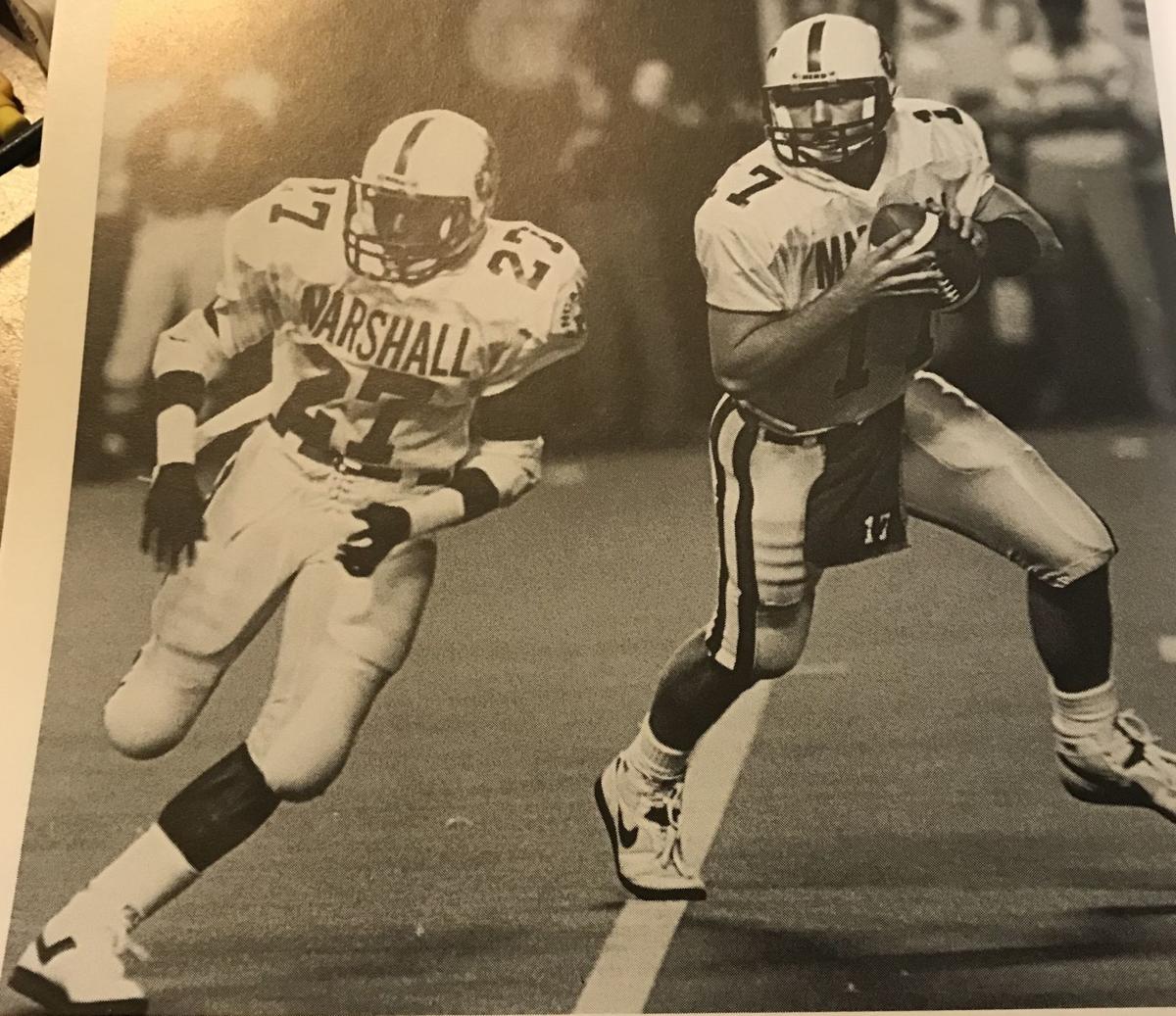 EDITOR’S NOTE: It was fitting that the wildest season to that point in Marshall University football history ended with possibly the most unbelievable game the Thundering Herd had ever played.

Marshall strung together an impressive series of victories to reach the NCAA Division I-AA national championship game vs. Northeast Louisiana, then known as the Indians, on Dec. 19, 1987. The contest featured two of the nation’s more potent offenses — and neither disappointed in the Indians’ 43-42 victory.

Here is a recap of that game:

Playing in its first-ever I-AA title game, Marshall was on its way to a potentially winning touchdown or field goal when officials ruled Herd tailback Ron Darby fumbled at the Northeast Louisiana 17 yard line and Richard Green recovered for the Indians at their 7.

“I thought my knees were down,” Darby said. “But the referee said it was a fumble. There’s nothing I can do about that.”

Marshall gained one more chance to win after stopping the Indians and taking over at the Northeast Louisiana 39, thanks to a 14-yard punt return by Mark Snyder, with 1:22 to play. The Indians defense, though porous throughout the game, came up big when it had to make plays.

“I didn’t expect them to score 43 points,” Marshall coach George Chaump said of Northeast Louisiana, which had scored 44 points three times in 14 previous games, but only once since Week 2. “I figured we’d score about 42 and hold them to 20.”

Chaump’s prediction was in the ballpark until early in the fourth quarter, as the Indians had shown no signs of being able to stop Marshall, which led 42-28. Humphries, however, threw a 10-yard touchdown pass to Kenneth Johnson with 13:34 to play, then scored on a 3-yard keeper to cap an 11-play, 80-yard drive with 7:19 remaining. Garcia kicked the extra point on both TDs, making it 43-42.

Marshall was driving for the win in typical Herd style. Petersen threw 9 yards to Hammond, then for 20 to Mike Barber. He hit Barber again for 13 more yards and Darby followed with a 13-yard gain to the Northeast Louisiana 22.

Trying to set up a field goal, Chaump called for Darby to run. The senior tailback picked up one yard to the 21. Again, Chaump went to Darby, who found an opening to the 17, but went down and fumbled. Marshall players vehemently argued the call to no avail.

The teams combined for 1,146 yards and 56 first downs, playing into the wee hours of the morning on national television.

The Indians began the scorefest, as tailback Cisco Richard gained 15 yards on a draw for a touchdown and a 7-0 lead at 11:24 of the first quarter. Marshall responded quickly, as Brian Mitchell booted a 33-yard field goal to make it 7-3.

Richard scored again 9:25 before halftime to put the Indians ahead 14-10, but Mitchell kicked another field goal, this one from 31 yards, with 1:17 left in the second quarter to pull Marshall within 14-13.

Then, in perhaps the game’s most-defining play, Marshall roughed the punter, allowing Northeast to retain possession at their own 43. Humphries took advantage of a demoralized Herd by hitting Kenneth Burton with a 52-yard pass to the Herd 5. One play later, with 5 seconds left in the half, Humphries threw a touchdown pass to Mike Manzullo for a 21-13 halftime lead.

“We shouldn’t have given them the score before the half,” Chaump said. “There’s no way they should have scored with such little amount of time left.”

Back came Marshall. Petersen threw a 9-yard scoring pass to Barber to pull the Herd within 21-19. The two-point conversion pass failed, though, and that proved critical.

Northeast followed with another fumble, recovered by Marshall’s Kenny Green, to set up a Petersen-to-Baxter 29-yard touchdown pass. Petersen then hit Hammond with a 2-point conversion pass and Marshall led 27-21.

The Indians regrouped and moved 78 yards in just 3:08 with Humphries ending the drive with a 9-yard touchdown pass to Chris Jones. Garcia’s extra point made it NLU 28, Marshall 27 midway through the third quarter.

The Herd showed quick-strike capability of its own, going seven plays in a mere 1:58, with Petersen throwing a 17-yard TD pass to Hammond to give Marshall a 35-28 lead.

Minvielle fumbled again and Shawn Finnan recovered for the Herd at midfield. Eight plays later, Darby raced 8 yards around right end and Mitchell kicked the extra point for a 42-28 lead.

Humphries then rallied the Indians to a victory that exhausted players and fans, leaving the Herd dejected despite a historic season.

HUNTINGTON — To this day, Marshall University football players and fans who played in or wat…