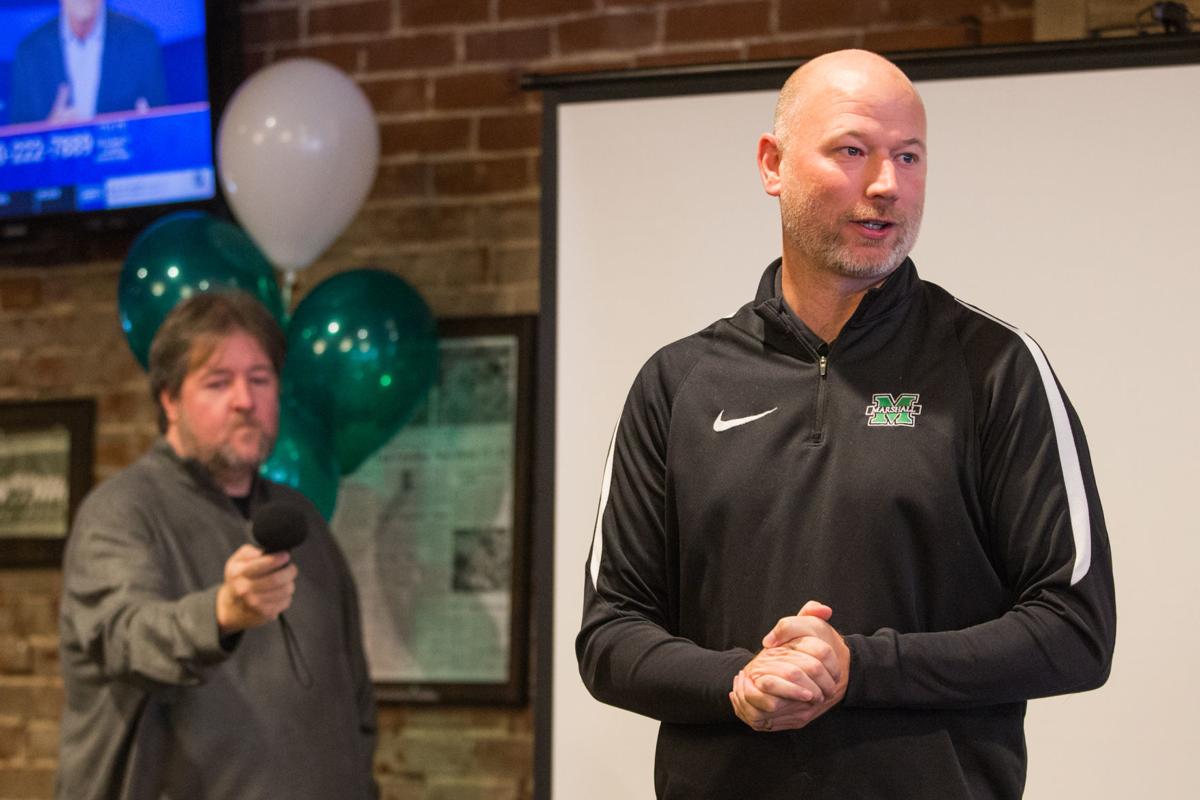 Marshall University men’s soccer head coach Chris Grassie talks about his time with the team during a watch party for the NCAA tournament selection show on Nov. 18 at Fat Patty’s in Huntington. 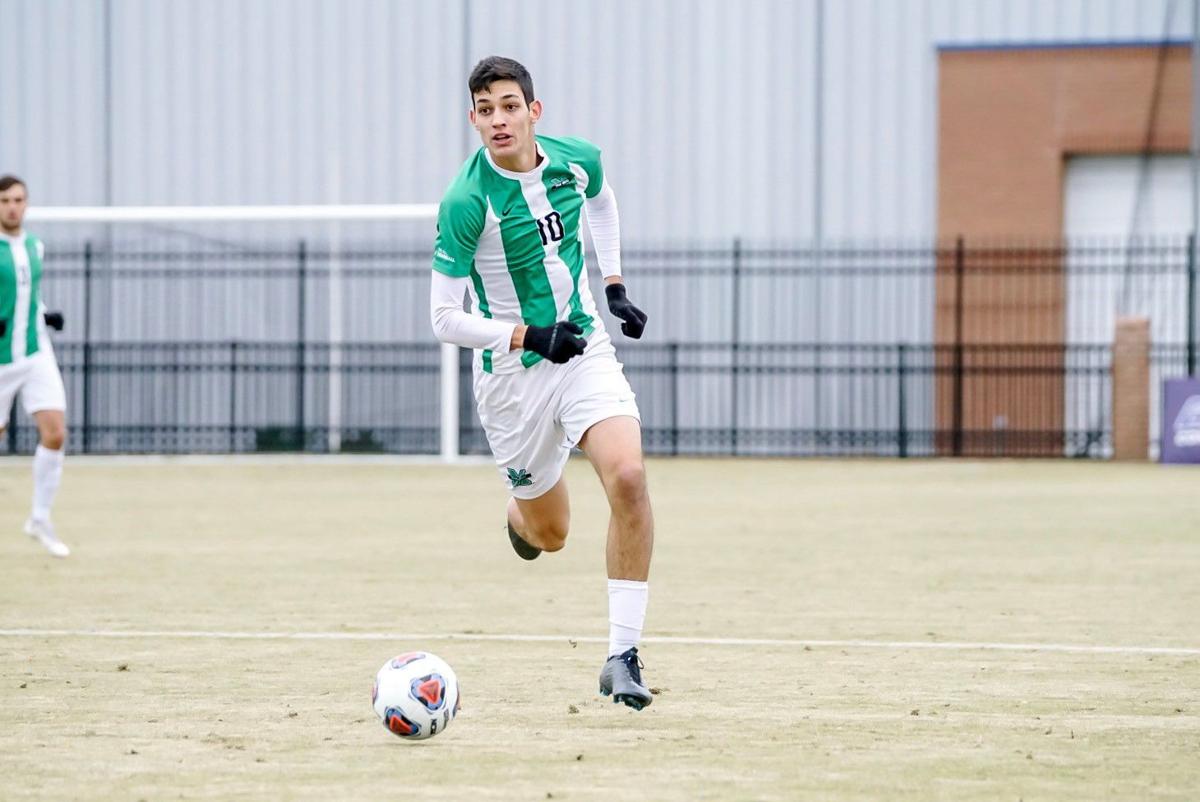 Pedro Dolabella scored the only goal for Marshall University in a 1-0 win over Charlotte in the Conference USA championship game on Nov. 17.

Marshall University men’s soccer head coach Chris Grassie talks about his time with the team during a watch party for the NCAA tournament selection show on Nov. 18 at Fat Patty’s in Huntington.

Pedro Dolabella scored the only goal for Marshall University in a 1-0 win over Charlotte in the Conference USA championship game on Nov. 17.

HUNTINGTON — Marshall’s men’s soccer team will be without two of its primary leaders as it ventures through the rest of the 2019 NCAA College Cup.

On Wednesday, the NCAA handed down its ruling in regards to an administrative error pertaining to card accumulation within Marshall’s soccer program.

Marshall men’s soccer coach Chris Grassie has been served an eight-match suspension while junior midfielder Pedro Dolabella will serve the longer of a four-game suspension or the rest of the 2019 season.

“This was an honest mistake,” Marshall Athletic Director Mike Hamrick said. “There was no ill intent here and no attempt to gain a competitive advantage. We fully support Chris Grassie and the program he is building at Marshall. He is a first-class person who recruits quality student-athletes who represent Marshall University in a positive manner.”

Marshall, the No. 11 seed, leaves on Thursday in preparation for Sunday’s 8 p.m. match against No. 6 Washington at Husky Soccer Complex in Seattle.

Grassie and Dolabella are each allowed to travel with the team and take part in practice sessions leading up to matches during the suspension.

Grassie must adhere to the “sight-and-sound” rule in which he must be away from the match venue one hour prior to start time and cannot return until a half-hour following its conclusion.

Dolabella is able to be at the match but will be in street clothes.

Those suspensions are retroactive to Sunday’s match in which Grassie and Dolabella both sat out of the 2-1 win over West Virginia. Under the wording of the suspensions, neither will return for the 2019 season.

The suspensions stem from the final match of the 2018 season when Dolabella received a pair of yellow cards, which is an automatic red and ejection, in a 2-1 loss to Kentucky in the Conference USA Tournament in Charlotte, North Carolina.

While the head coach bears the ultimate responsibility for knowledge into players’ card accumulation, Marshall’s release did say that the team was not alone in fault.

According to the release on the matter, the referee from that match did not follow an NCAA-mandated rule and never entered the card into the NCAA’s red card depository. As a result, ejection reports were never sent to the coach, conference office nor Marshall University athletic administration.

Per NCAA rules, Dolabella was required to sit out one match this season as a penalty for the red card.

Dolabella appeared in the Thundering Herd’s first 20 matches this season — the entire regular season schedule and the Conference USA tournament.

One of those goals was a header in double overtime that sent Marshall to a 1-0 victory over Charlotte in the Conference USA championship, securing the Herd’s first-ever C-USA tournament title.