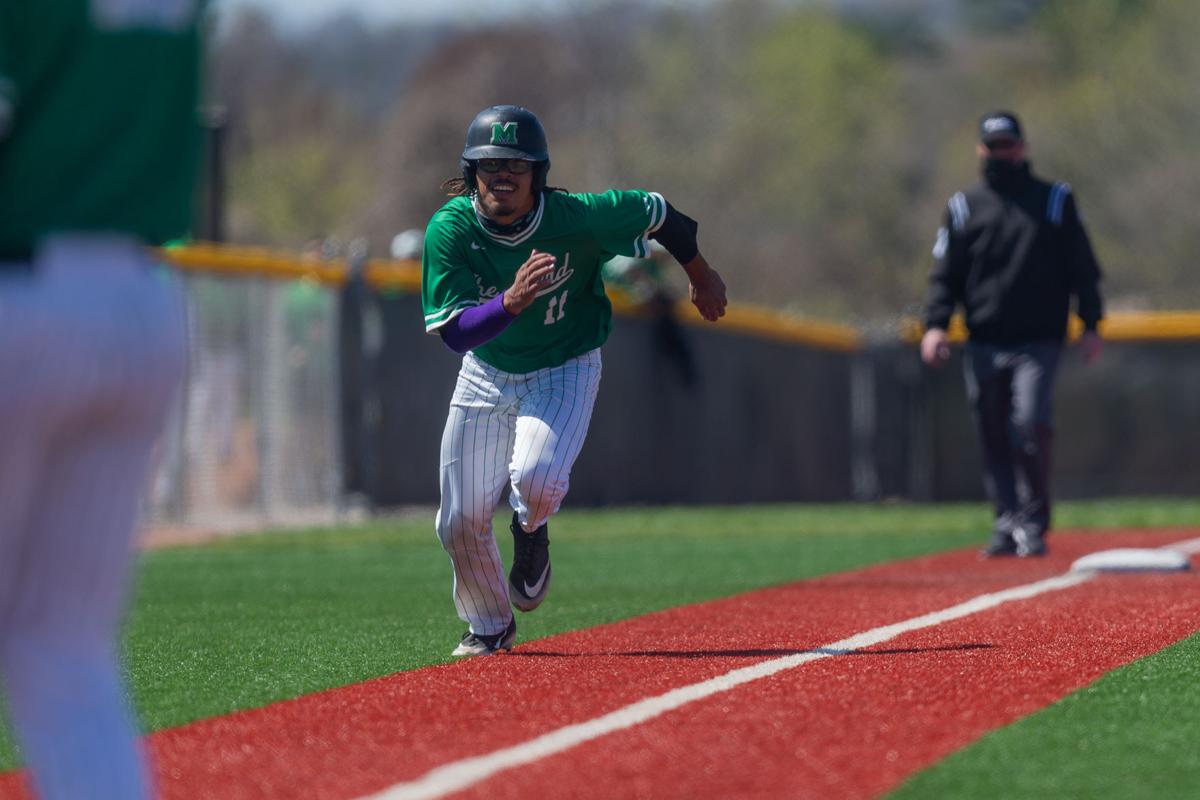 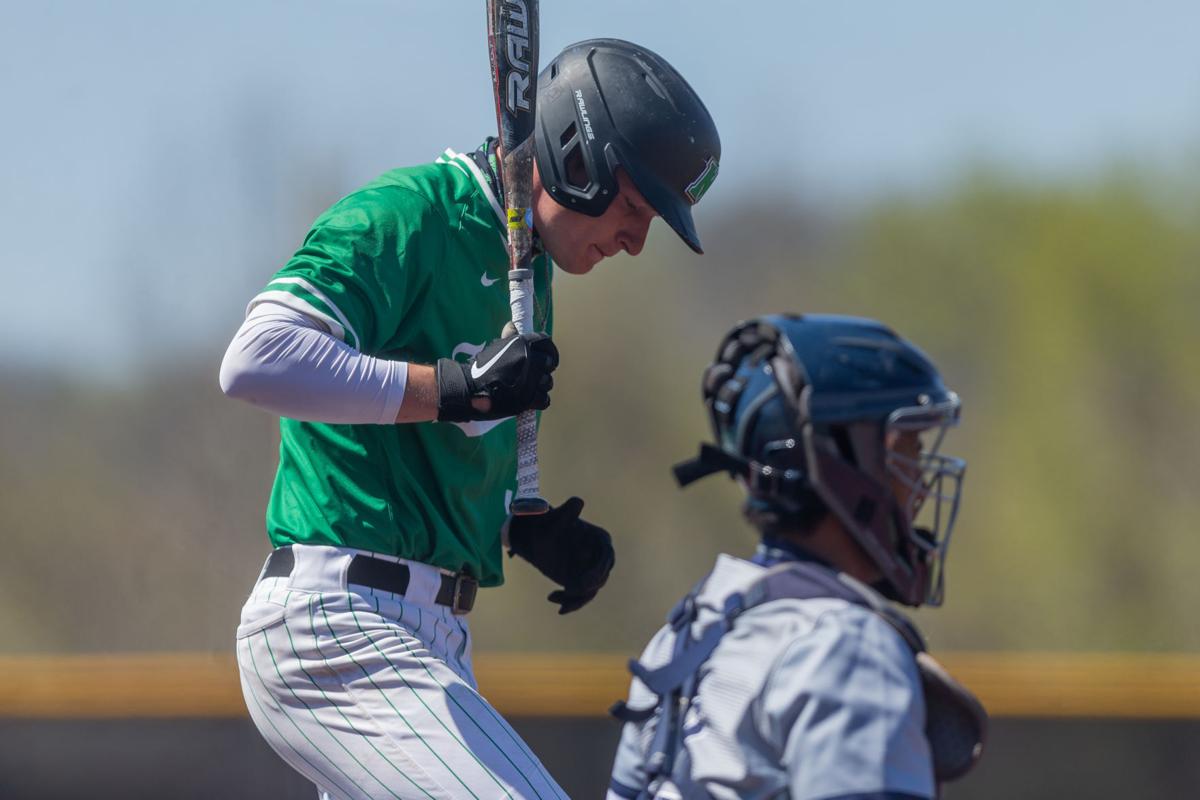 Marshall's Geordon Blanton (3) goes up to bat as the Marshall University baseball team takes on Old Dominion on Saturday, April 3, 2021, at the YMCA Kennedy Center field in Huntington.

Marshall's Geordon Blanton (3) goes up to bat as the Marshall University baseball team takes on Old Dominion on Saturday, April 3, 2021, at the YMCA Kennedy Center field in Huntington.

HUNTINGTON — Marshall was formidable in the opener and feeble in the nightcap.

The Thundering Herd lost a Conference USA baseball doubleheader to Old Dominion Saturday, falling 8-7 in the first game and 8-0 in the second at George Smailes Field at the YMCA Kennedy Center.

After suffering a 12-1 rout in the first game of the four-game series on Friday, the Thundering Herd (4-14 overall, 0-7 C-USA) hoped for a quick start on Saturday. Marshall came out fast, taking a 3-0 lead in the first inning as Luke Edwards doubled home Devin Ward and Travis Sankovich, then scored on a single by Zach Inskeep.

The Monarchs (20-5, 6-1) rallied to tie 3-3 in the second, then added a pair of runs in the third to take a 5-3 lead. Geordon Blanton smashed a home run to left and Inskeep doubled in Sankovich as Marshall rallied for a 5-5 tie, but ODU scored three times in the fifth to pull away.

Edwards, who went 2 for 3 with four runs batted in, hit a sacrifice fly to score Blanton in the sixth, and Ward scored on a wild pitch in the seventh to set the score.

Ward, Sankovich, Edwards and Inskeep smacked two hits apiece for the Herd, which matched the Monarchs with nine hits. Andy Garriola went 2 for 3 with three RBI for Old Dominion. Matt Coutney was 3 for 3 with one RBI.

Hunter Harritan made his first career start and wasn’t involved in the decision, allowing three runs on three hits with three walks and one strikeout in two innings. Michael Guerrero (0-1) took the loss, giving up three runs on two hits and walking three batters in 2/3 of an inning.

Jacob Gomez (2-1) earned the win in relief of Nick Pantos, who gave up eight hits and five runs in 3 1/3 innings. Gomez gave up two runs in as many innings.

In game two, Hunter Gregory (3-0) dominated Marshall, hurling a two-hit shutout, striking out eight and walking one. Ward and Inskeep managed a single each off the junior righthander.

Coutney led Old Dominion’s offense, hitting two home runs to give him five for the season. Tommy Bell went 2 for 4 with two RBI. Jared Hancock was 2 for 3 and drove in one.

The series concludes at 1 p.m. Sunday.

The Marshall University baseball team takes on Old Dominion on Saturday, April 3, 2021, at the YMCA Kennedy Center field in Huntington.