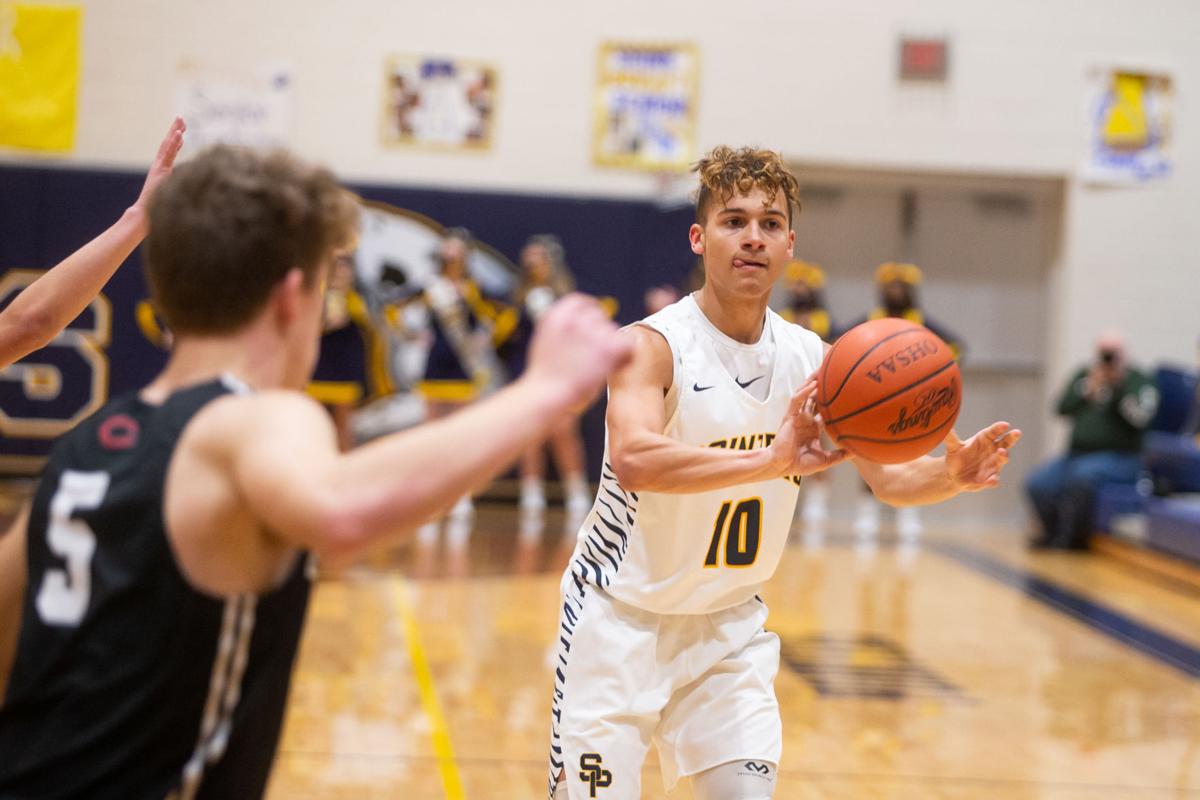 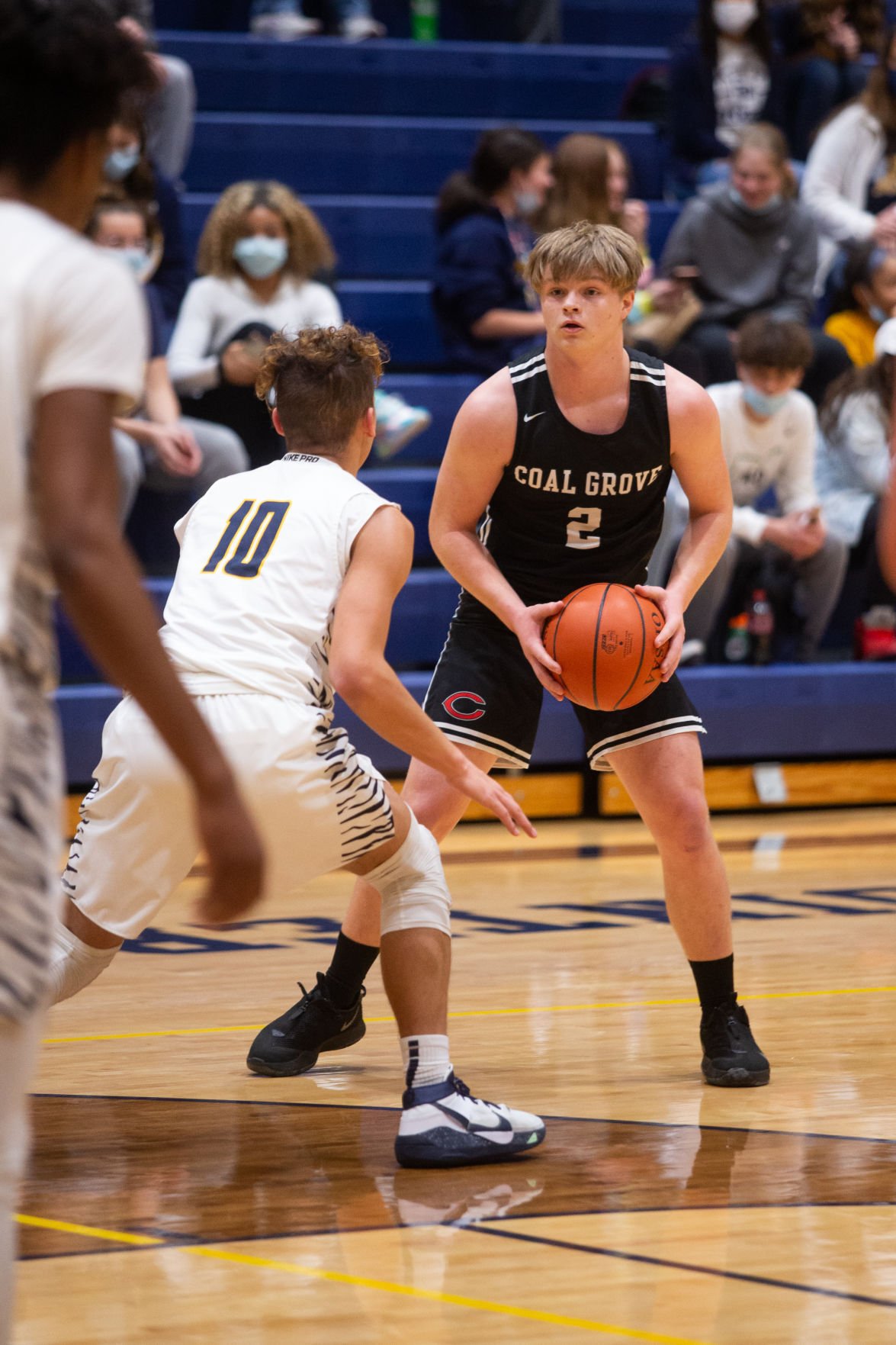 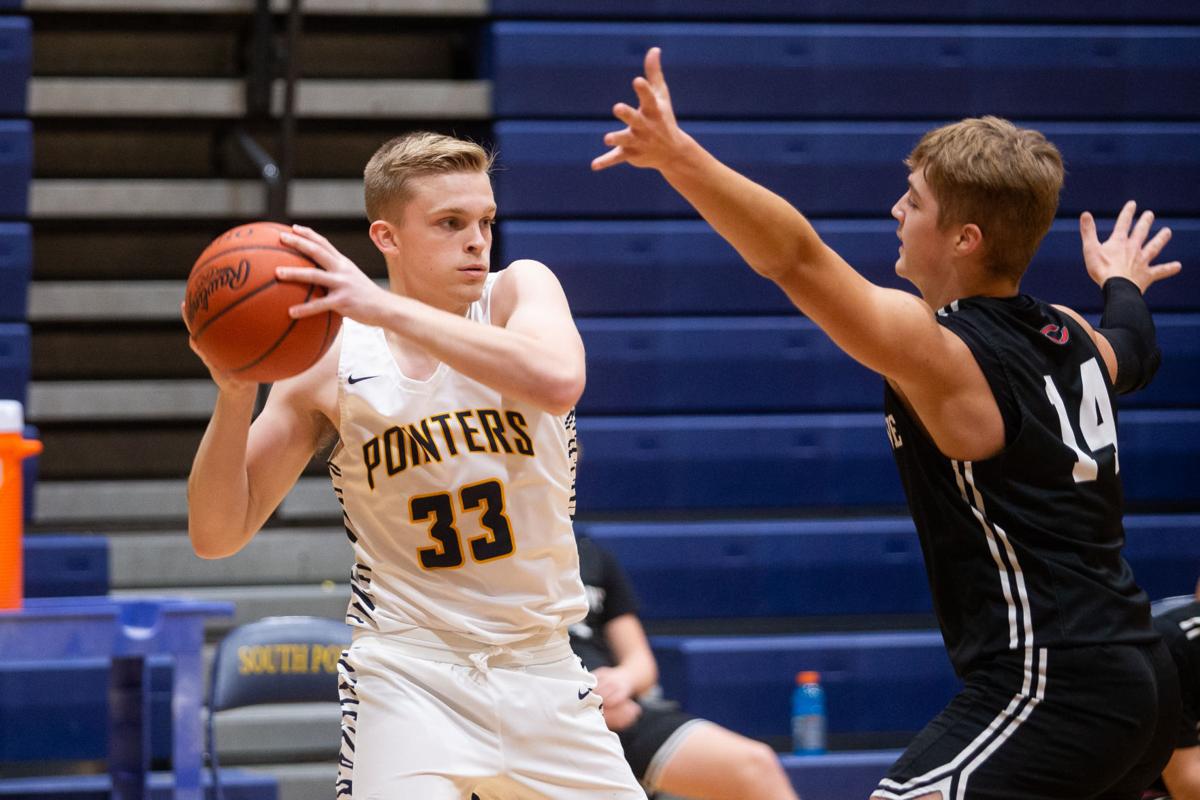 The Pointers' Xander Dornon (33) readies up a pass as the South Point High School boy's basketball team goes up against Coal Grove on Friday, January 8, 2021, in South Point, Ohio.

The Pointers' Xander Dornon (33) readies up a pass as the South Point High School boy's basketball team goes up against Coal Grove on Friday, January 8, 2021, in South Point, Ohio.

Taylor was mobbed by his South Point High School boys basketball teammate Friday night after his offensive rebound and basket with 2 seconds left in overtime gave the Pointers a 55-54 victory over Coal Grove.

Nakyan Turner, who scored a game-high 22 points, missed a shot with 4 seconds to play, but Taylor was there for the rebound and basket to win it, setting off a celebration that left Taylor on the bottom of a dogpile of Pointers.

The victory appeared unlikely in the fourth quarter, as the Hornets (3-3 overall, 2-2 Ohio Valley Conference) led 46-35 with 2:03 left in regulation. South Point’s Jake Adams made a 3-pointer and followed with a 2-point shot to cut the deficit to 46-40 with 1:28 remaining.

Mason Kazee hit one free throw and after a Coal Grove time out, Adams swished another 3-pointer to pull South Point (3-1, 2-1) within 45-44 with 1:05 left. Jarren Hicks followed with two free throws for the Hornets, Austin Webb made a 3-pointer to cut Coal Grove’s lead to 48-47 with 26 seconds left. Hunter Staton made one free throw for the Hornets, but Turner scored with 4 seconds left in regulation to send the game to overtime.

The lead exchanged hands five times in the extra period. Tait Matney made a 3-pointer with 13 seconds left in overtime to give Coal Grove a 54-53 lead, setting up Taylor’s heroics.

Coal Grove was hurt by 17 turnovers, while the Pointers committed 10. South Point, though, missed 10 free throws, hurting its chances of winning in regulation.