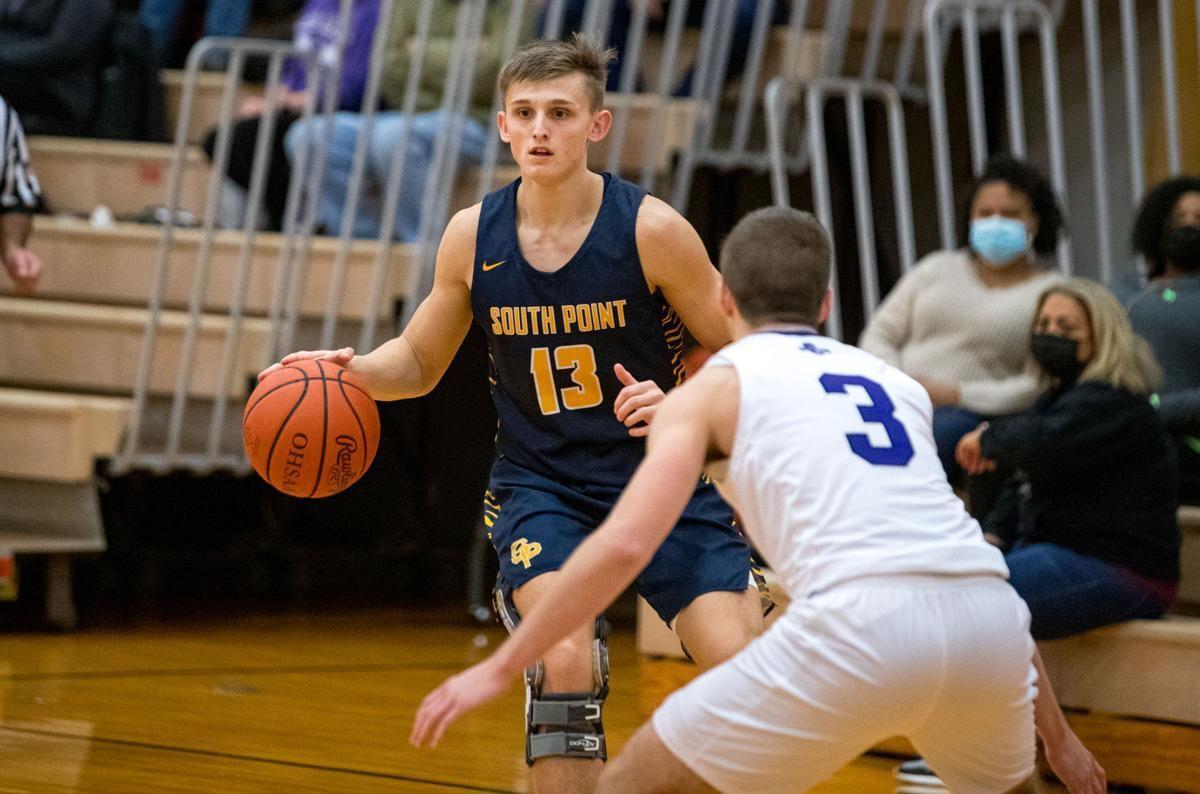 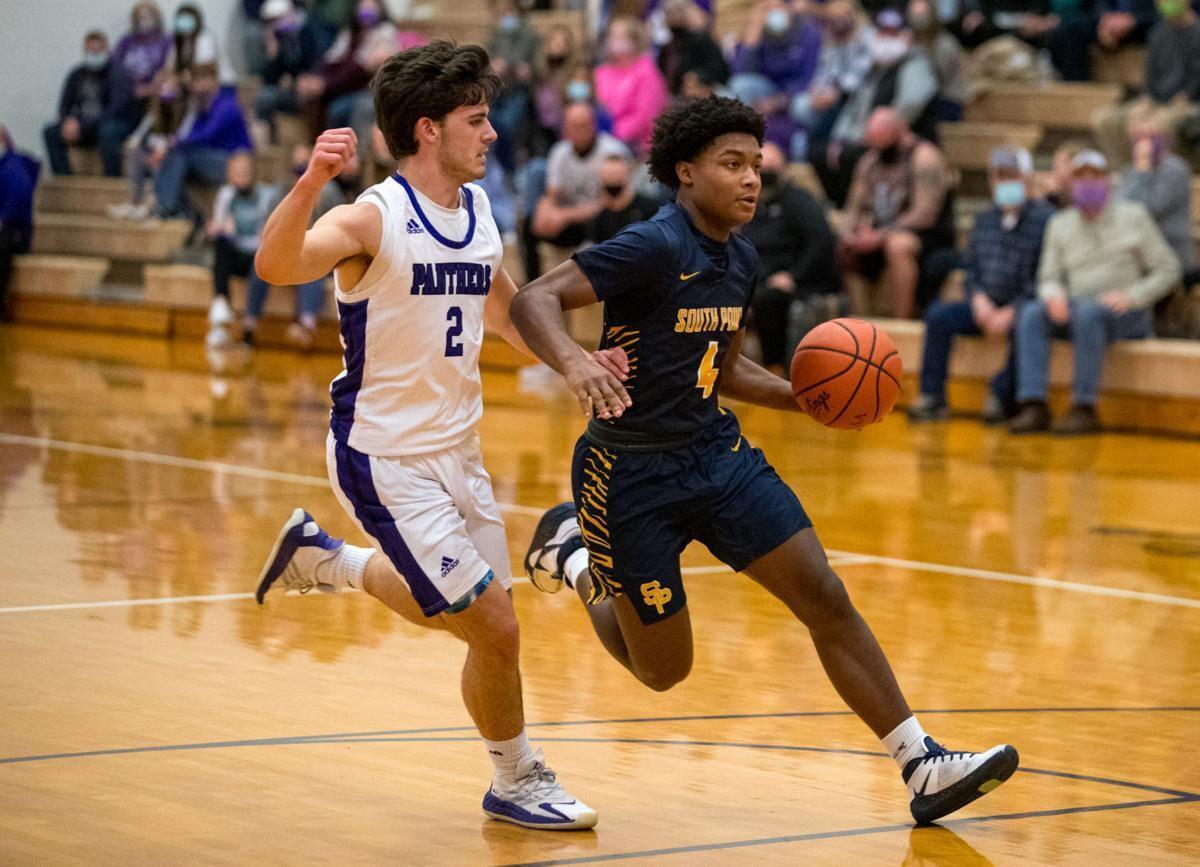 SOUTH POINT, Ohio — Rather than Pointers, maybe South Point High School’s boys basketball team should be known as the $2 steaks because they’re so tough.

The Pointers are off to 5-1 start, 3-1 in the Ohio Valley Conference, where they are second to five-time defending champion Fairland (7-3, 5-0). South Point has two chances — Tuesday in Rome Township and Jan. 6 at home — to knock off the Dragons and if the game is close, the Pointers might like their chances.

South Point rallied from 11 points down with 2:08 left in the game to beat Coal Grove 55-54 on Jan. 8. On Tuesday, the Pointers erased a 12-point second-half deficit for a 53-52 victory at Chesapeake.

“The kids just keep finding a way to win,” South Point coach Travis Wise said. “They’re tough. This might be the toughest bunch I’ve ever had.”

The Pointers opened the season in inglorious fashion, losing 58-40 to OVC rival Portsmouth (5-3 overall, 3-3 OVC). South Point, though, bounced back with an impressive 65-44 domination of New Boston, the third-ranked team in Ohio Division IV to spark a five-game winning streak that included a 68-63 double-overtime triumph over Ironton and a 52-39 win at North Adams.

Maybe memories of that upset will inspire the Pointers, but a confident bunch might not need it. The Pointers have proven they’re capable of coming back from double-digit deficits to win, even on the road.

“I don’t know what to say,” with a laugh Wise said of his team’s ability to rally. “They’re killing me.”

The main source of Wise’s consternation is his squad’s trouble at the free throw line. South Point was shooting less than 50 percent at the stripe before making 12 of 18 against Chesapeake, including Austin Webb’s game winner with 2.6 seconds left.

“I’m going to dress 22 and just foul you all night,” Coal Grove coach Kevin Vanderhoof joked with Wise before the Hornets’ game with the Pointers.

That might not have been such a bad strategy, had rules permitted it.

“I don’t know what it is,” Wise said. “We practice it. They make them in practice. It’s monotonous, but we do things to make it more fun. I don’t know why it’s not translating to games. We need to be more consistent.”

“I’d have had it last year if I hadn’t gotten hurt,” Webb said of a groin injury, followed by a mystery illness that might have been COVID-19 that hospitalized him for two weeks and led to a loss of 20 pounds.

Webb is recovering from a knee injury, limiting his time of the court. He’s getting better, however, and playing longer stints. He hopes to be full strength by district tournament time.

“We want to change the district banner in our gym,” Webb said.

Wise called Webb a gym rat who wants to get better.

That South Point is strong is no surprise. The Pointers went 13-11 last season and knocked off Southeastern 64-44 and North Adams 67-66 before losing a respectable 55-43 to Fairland, a team that went 24-2 and reached the Elite Eight before the season was canceled because of COVID.

“This is a fun group to be around,” Wise said. “They listen when we coach them. It’s a good bunch of kids.”