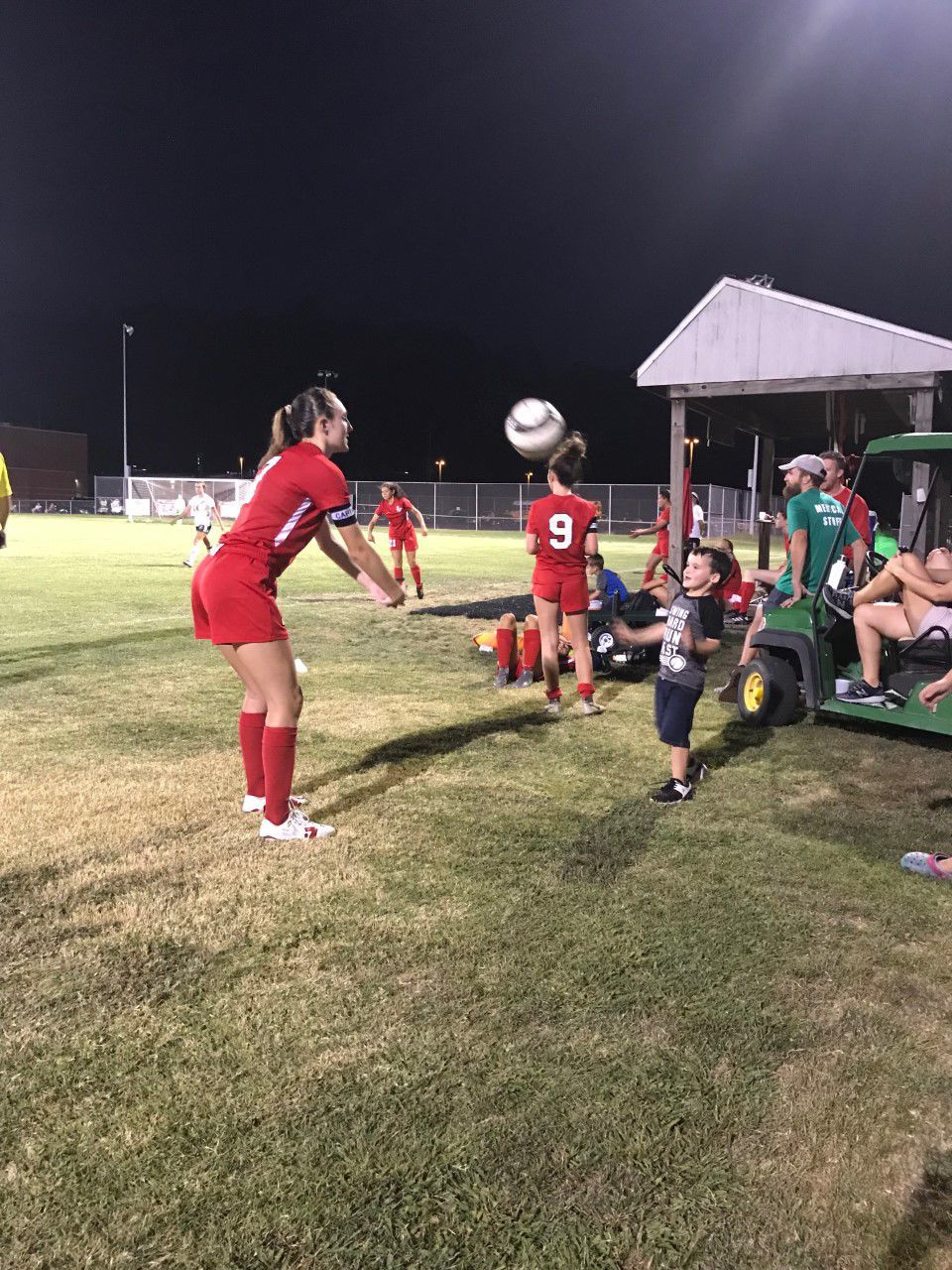 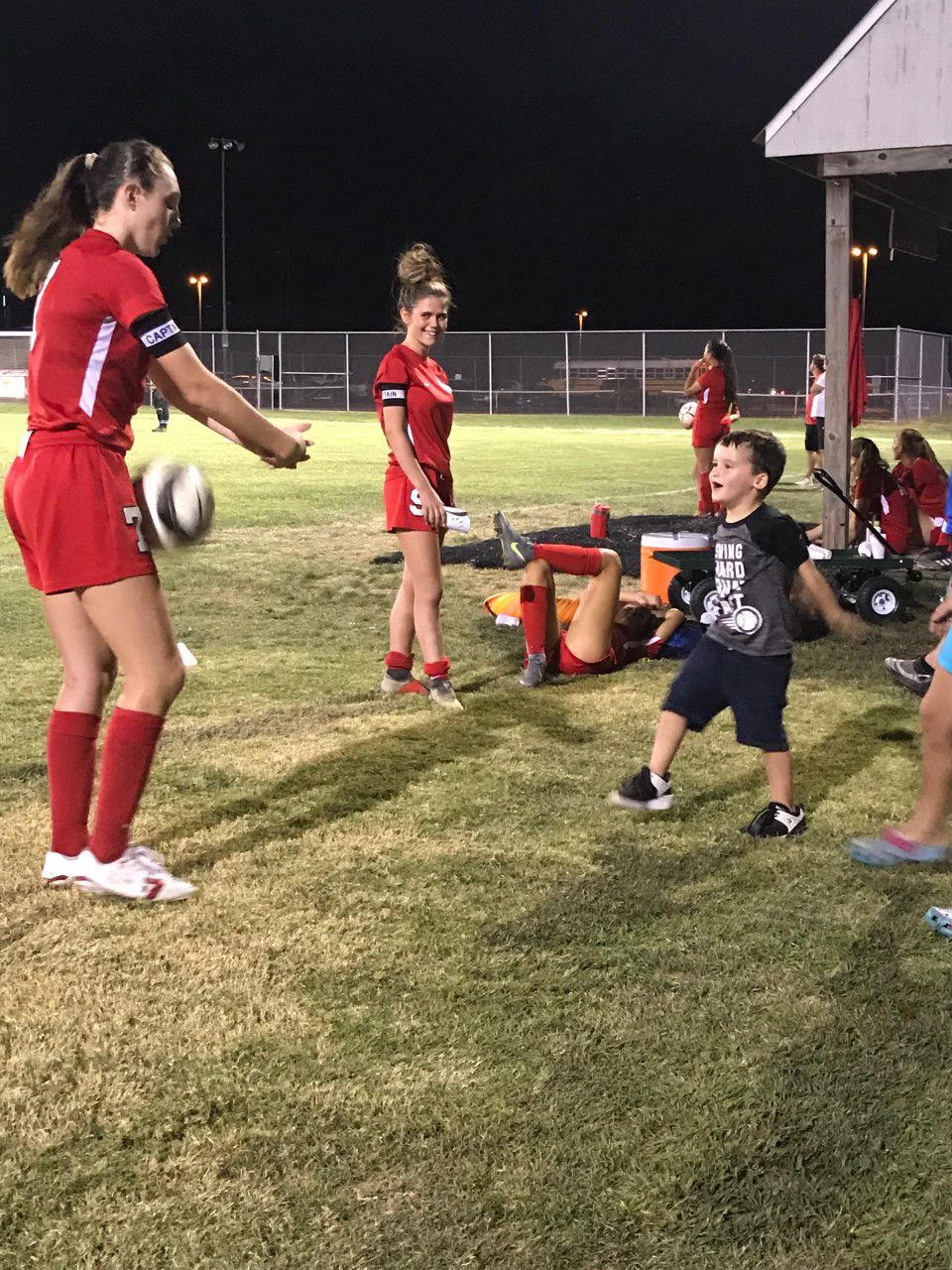 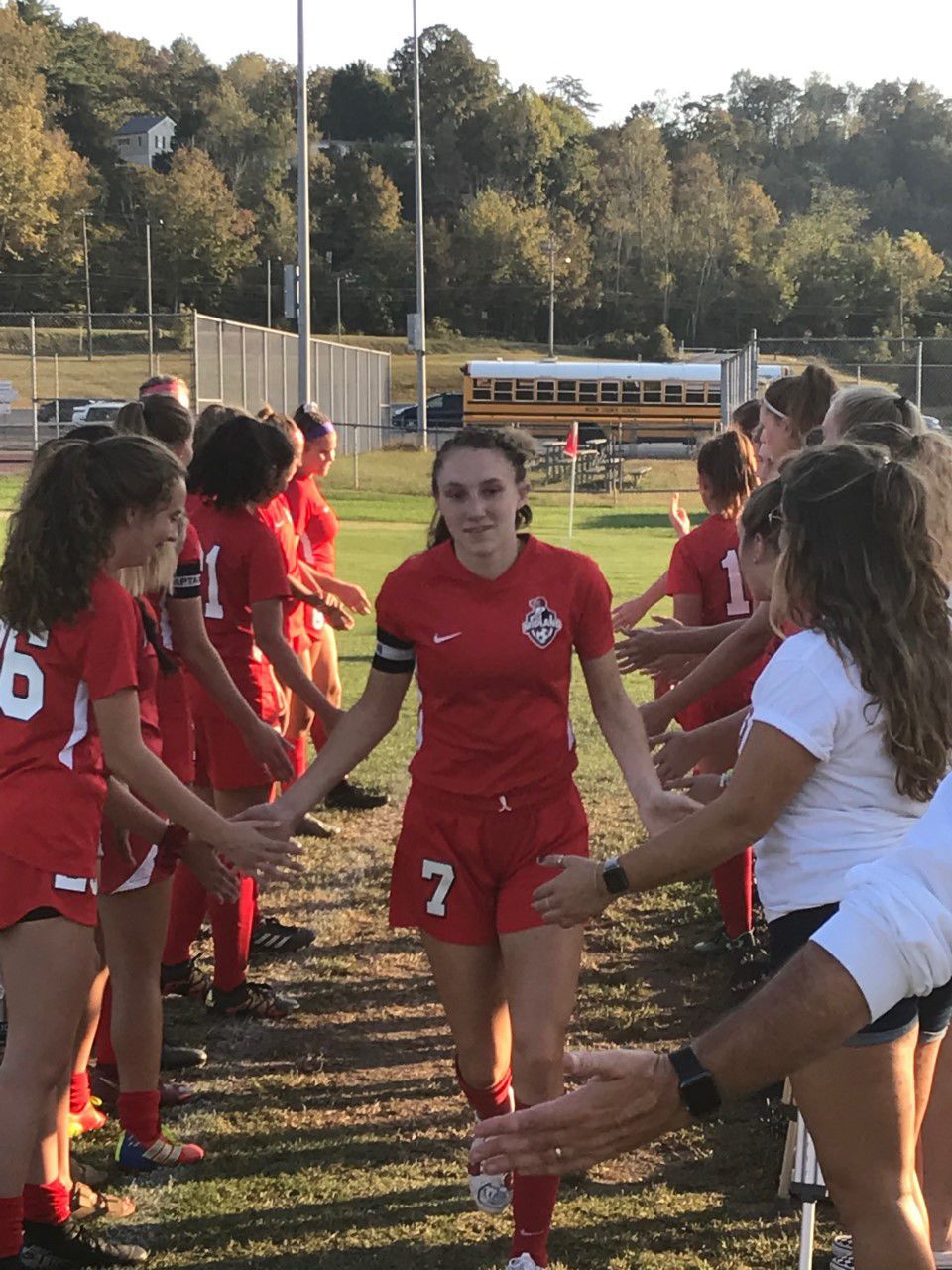 Emilie Charles runs through a tunnel of teammates before Thursday’s game with Point Pleasant in Ona.

Emilie Charles runs through a tunnel of teammates before Thursday’s game with Point Pleasant in Ona.

Emilie Charles circled her arms into a hoop and let Kooper Hunt and his sister Kinzley shoot soccer balls into the basket she made.

Kinzley and Kooper are little kids. Charles is the most-decorated girls high school soccer player in West Virginia history. Yet, there she was, having just been honored for breaking the state’s all-time scoring record, having just scored her 161st, 162nd and 163rd career goals, taking time out to play with youngsters on the sideline after the Knights’ 4-0 victory over Point Pleasant.

Charles’ actions are no surprise to anyone who knows her. A high-honor student with academic and athletic scholarship opportunities galore, the Cabell Midland standout also is active in her church, participating in mission trips and service projects.

On Thursday, the night she was honored, her focus wasn’t on herself but her sister Olivia, a freshman standout in her own right, who will miss the rest of the season with a hip injury. Emilie was sorrowful she wouldn’t play another high school game with her talented sibling.

The national runner-up as Gatorade player of the year, the only girl in the state ever to earn high school All-American honors, Charles is humble. She always credits teammates and coaches, not with false humility, but sincerity. Polite, gracious and thankful, she combines speed, physicality and ball-handling ability not seen before in West Virginia.

The state and the Tri-State have produced many heralded athletes in recent years. Charles ranks with the best of them on and off the field.