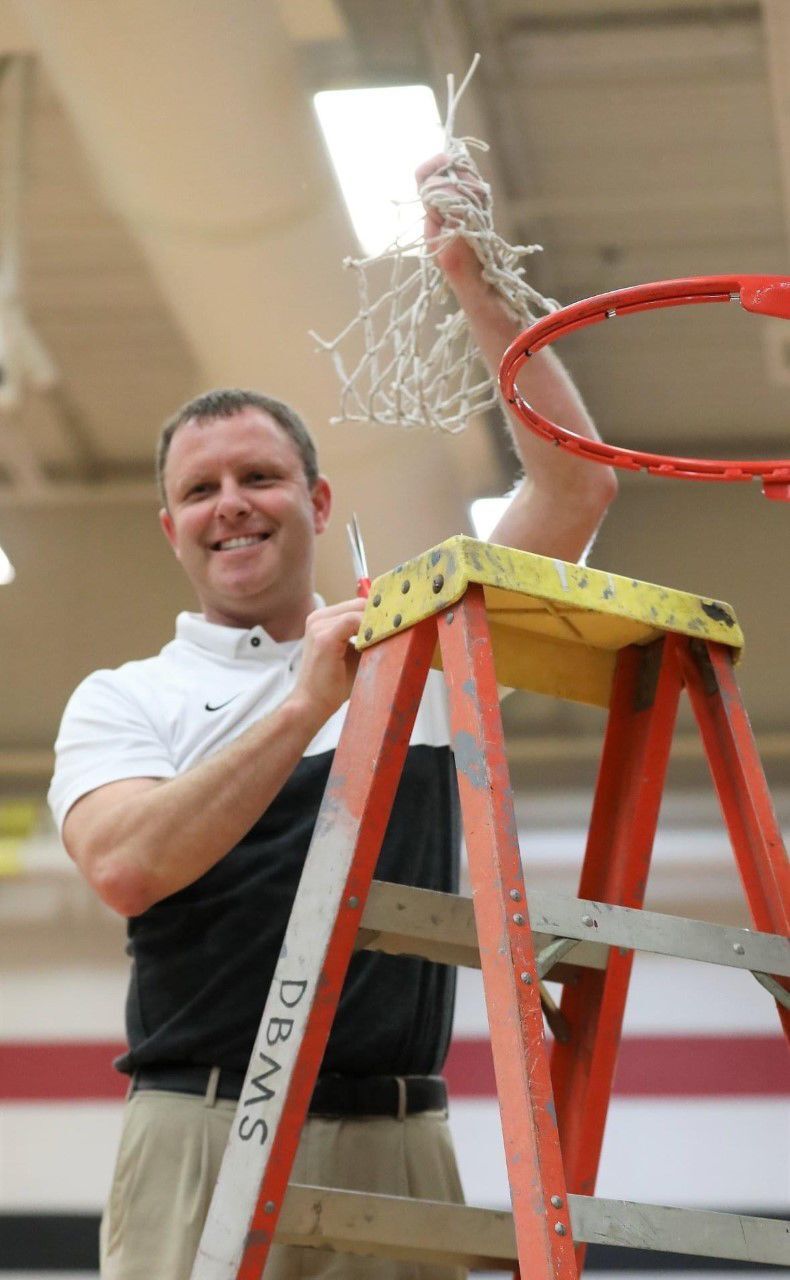 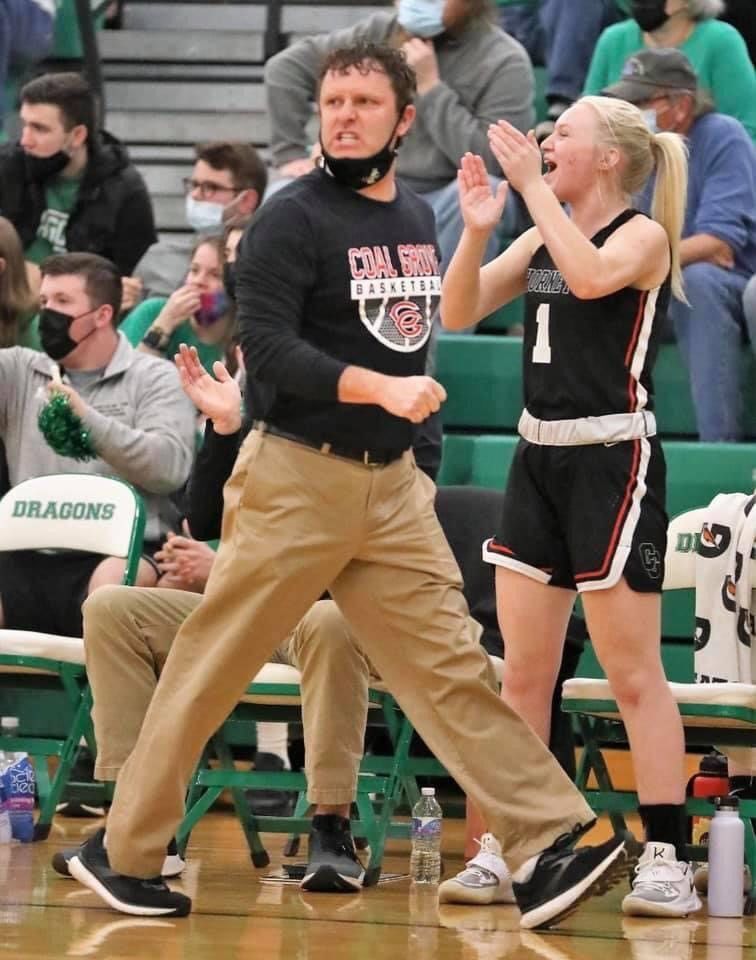 COAL GROVE, Ohio — Rick Roach tells people he grew up on the Ohio River in the Fairland school district and frequently draws the same reaction.

“People automatically think money,” Roach said, with a laugh. “Then I tell them it was on the other side of the road.”

Roach, principal at Coal Grove Middle School, recently resigned as head basketball coach of the high school Hornets to spend more time with his family. Former Coal Grove assistant and Ironton St. Joe head coach Nick Miller, was hired to replace him. Roach said that he attained the position he has as an administrator and one of the Tri-State’s more successful basketball coaches is a miracle of Divine intervention.

“I had a lot of good influences growing up,” Roach said. “My father passed. He had three sisters and one of them taught in the Gallia County school system. They had a big farm on Greasy Ridge and a lot of summers were spent there, bringing in hay, tobacco and whatever it may be. I got a little bit of a work ethic from them.”

Roach also pointed to family friends Dan and Nancy Bane, who took him in. Roach said the Banes treated him as they did their own children, being hard when needed and soft when appropriate. One aspect the Banes didn’t compromise was church attendance, taking their children and Roach to Highlawn Baptist in Huntington.

“Bob Cook, who was a good man said, ‘yeah we can get that taken care of,’ and he did,” Roach said “Another great man, David Judd, was the principal at Fairland and he helped me. It made it a little easier that I was dating his daughter. He influenced me, as well.”

Burger drove Roach to Marshall’s registrar’s office to fill out paper work and they quickly discovered because of his financial situation the recent high school graduate was eligible for more financial aid than Roach thought. Surprising twists, though, were becoming routine in Roach’s life.

Another encounter he credits God for arranging helped Roach again.

“About two years into college, I was talking to someone about my father, who was in the Air Force and has passed away,” Roach said, leaning forward in his chair beside Coal Grove’s basketball court. “They said, ‘it’s good you get those benefits.’ I said, ‘what benefits?’ They hooked me up with another women at Marshall and she was super nice and helped me out. I was entitled to survivor benefits.”

Roach went to school and worked at the YMCA in the daycare as part of his quest to become an educator. He said after graduation he planned to go to Tennessee, where he had friends, to begin his teaching career. Roach said God had other plans.

“A woman at Coal Grove told me she wanted me to be her long-term sub in Kindergarten,” Roach said. “I laughed and she said she was serious. Her husband was diabetic and she took off to take care of him that September. September has turned into 23 years.”

Coal Grove hired Roach fulltime the next year. He added to his duties the title of assistant to the legendary basketball coach Dave Owens, who taught Roach that teaching students how to make the world a better place is more important than winning games.

As Roach and Owens came to know one another better, the conversation turned to the veteran coach’s wife. Roach asked what she did. Owens said she worked in the registrar’s office at Marshall.

“She was the woman in the office at Marshall who helped me with the benefits,” Roach said, leaning back in his chair and laughing. “It was one of those God things where He works in mysterious ways.”

Roach went on to become head girls coach at the high school, leading the Hornets to at least a share of the last three Ohio Valley Conference championships. Coal Grove won the 2019-2020 title outright and shared the other two with Fairland.

Last season, Coal Grove won a program record 22 games. The previous mark of 21 was set by a team coached by Owens.

Roach said he learned a great deal from a variety of coaches, singling out Owens, Miller and former Fairland boys and girls coach Jack Harris.

“I loved basketball, even though I never played basketball,” Roach said. “I was always around Jack Harris. I was one of his stat boys. I love him. Super great man, always nice to me. He’s one of those men you learn things from just from watching whether they know they’re teaching you. I took some of those things with me.”

Harris said he wishes Roach well as he leaves coaching.

“Rick was always a very respectful high school student,” Harris said. “He has become a very good high school basketball coach an has enjoyed much success. He’s getting out too soon, but he’s getting out on top of his game, as well.”

Roach still will coach, just off the court.

“I do individual talks with my middle school kids,” Roach said. “They see me as a disciplinarian, which I have to be. I think of the song ‘Blessed Assurance.’ It goes, ‘this is my story, this is my song.’ Everybody has a story, but it’s not completely written. You can decide what you want your story to be. We need to share that with those kids and make an influence on them.”