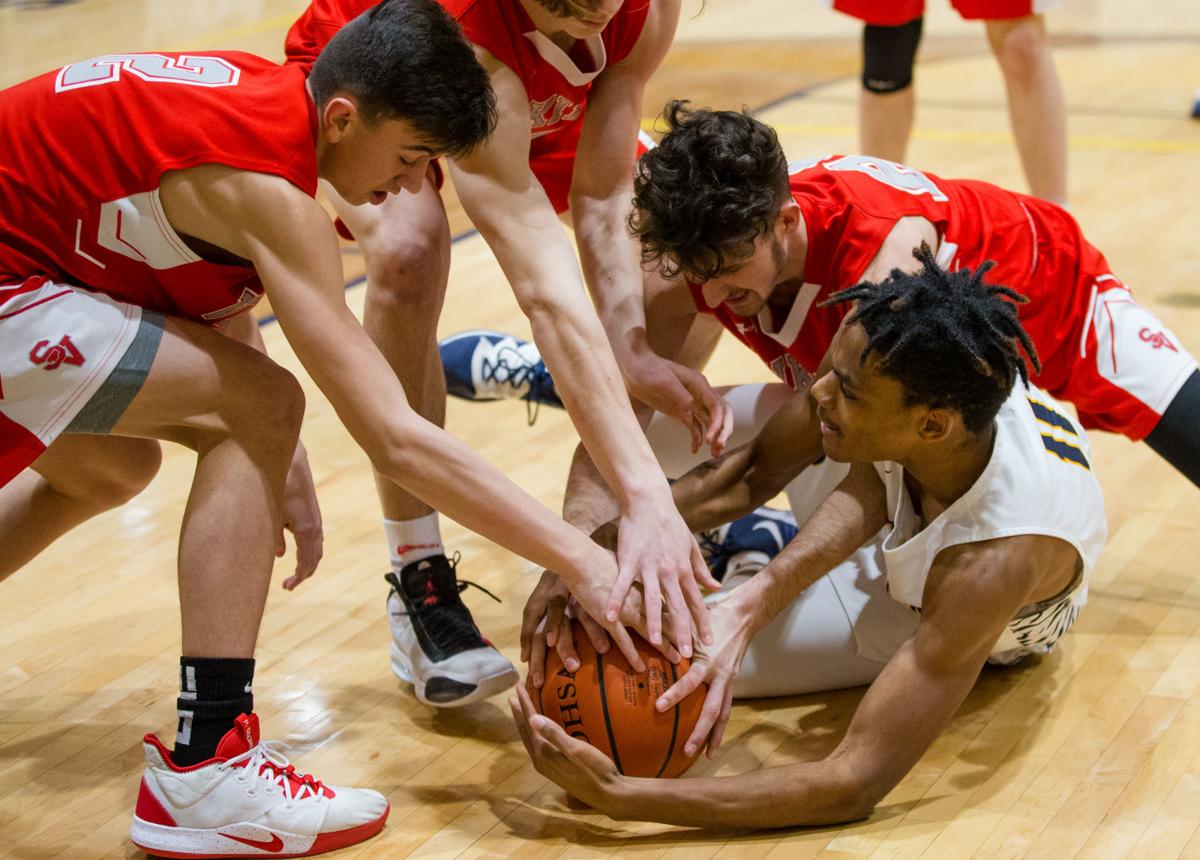 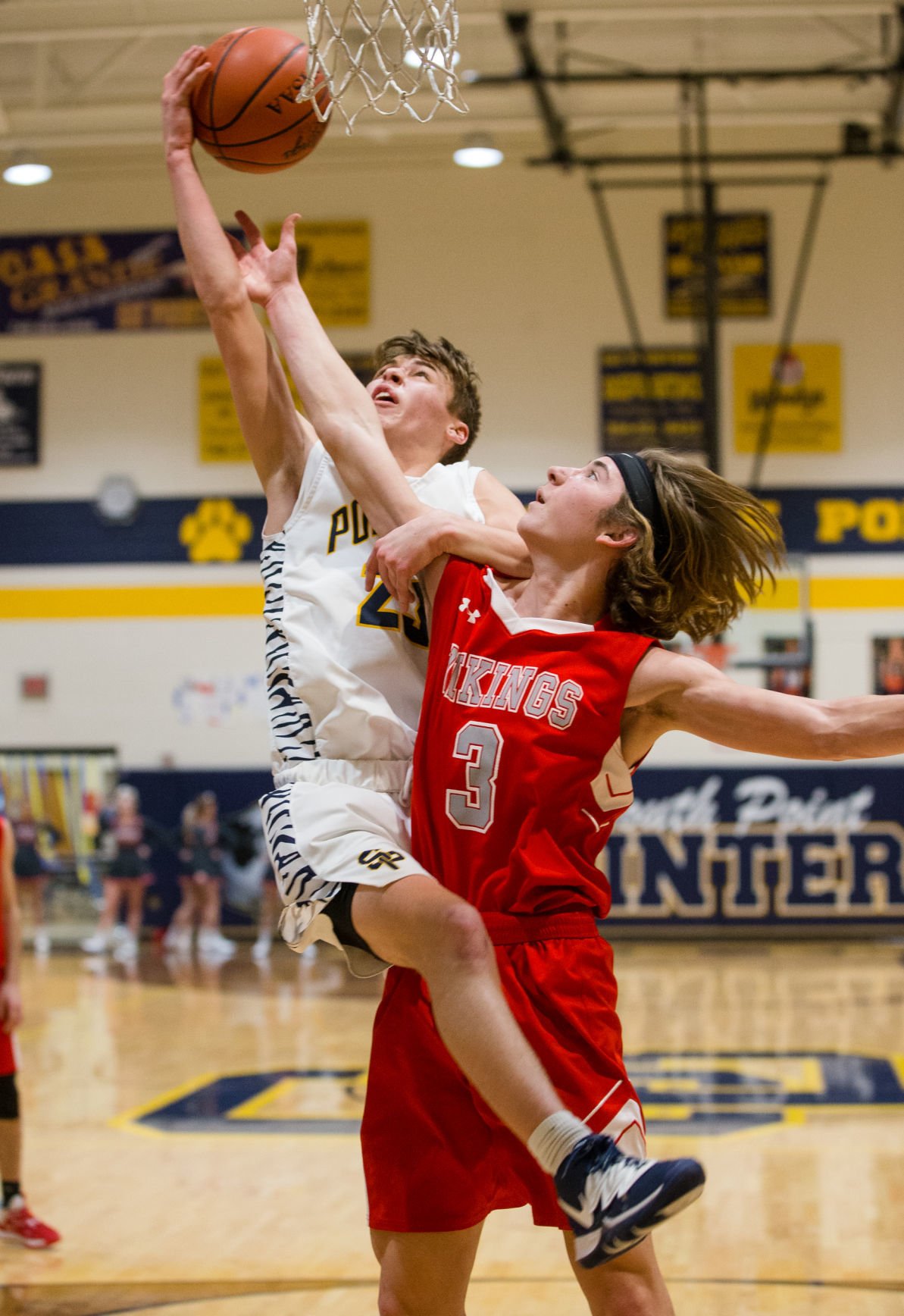 SOUTH POINT, Ohio — It was a night of honors for South Point’s seniors and Symmes Valley’s Jack Leith, who reached a scoring milestone for his career in helping his visiting Vikings win 66-61 over the Pointers in a nonconference contest.

South Point’s fall and winter sports seniors were honored prior to the final home game of the year for the boys basketball team. The honorees included Chance Gunther and Brody Blackwell.

It was Leith’s night to shine, though.

The senior scored a game-high 24 points to lead Symmes Valley (14-5) to the road win. With 1:34 to play in the game and his team locked in a 58-58 tie with the Pointers, he got a rebound and put back to reach 1,000 points for his career. The bucket also gave his team the lead for good.

South Point struggled to get its offense going through the game’s first three quarters. After trailing 46-36 with 2:14 to play in the third period, though, the Pointers came to life in the final period.

The Vikings took a 48-36 lead with 1:51 to play in the third period but was met with a 7-0 Pointers run through 7:29 of the fourth period that got South Point back in the contest.

Blackwell tied the game for South Point with a 3-pointer at 2:44 left to make it 54-54. Although the Vikings retook a three-point lead, Gunther came through with three of his team-high 22 to tie the game again at 58-58.

Both teams shot a combined 4 of 12 from the free-throw line over the final 1:20 of game clock that kept the Pointers from ending its home schedule on a high note while also keeping the Vikings from putting the game away.

South Point though went without a field goal over the last 1:50 of the game.

The Pointers return to Ohio Valley Conference play with a road game at Chesapeake on Friday at 7:30. Symmes Valley has three games remaining, including its next contest Friday at Green.