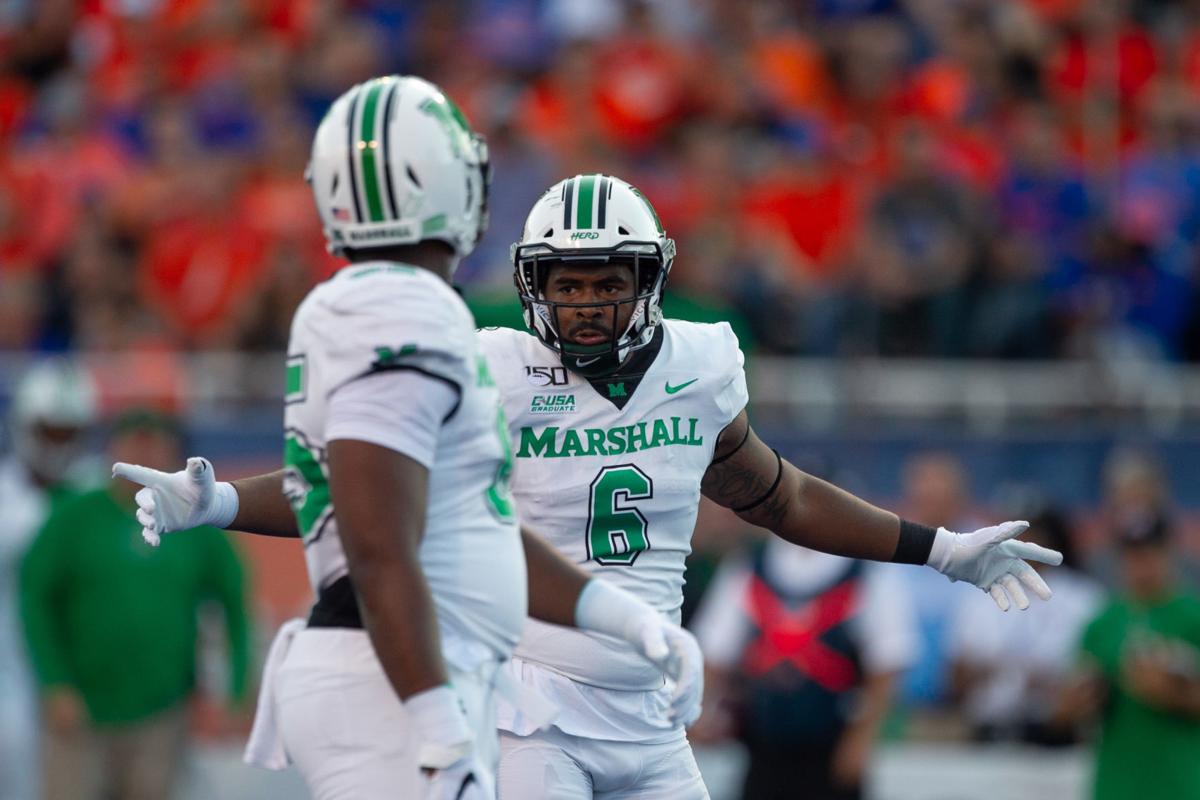 HUNTINGTON — On Monday, Marshall University’s football players were back at the stadium in anticipation for the season’s final contest — a matchup with UCF in the 2019 Bad Boy Mowers Gasparilla Bowl, which takes place at 2:30 p.m. on Dec. 23.

The game will be played at Raymond James Stadium in Tampa, Florida, giving Marshall’s large contingent of Florida-born players one last shot to play a college football game in their home state during the 2019 season. For some Marshall players, such as senior defensive linemen Marquis Couch, which it means coming full circle, concluding their collegiate careers in the state where their recruitment started. Going back home for the final game adds a special element for Marshall’s Floridians.

“It’s cool because we have a lot of Florida guys on the team,” Couch said. “It’s around Christmastime and the feel is good — the sun is out and things like that. We go to Florida a lot in bowl games and play through the regular season, but for us to go down there and play against another Florida team, that’s a big thing for us.”

Couch is a Miami native who has played in plenty of games in Florida, but this final one brings plenty of incentive.

UCF has been the gold standard of the Group of Five for several years and was also the top FBS program in the state of Florida for the last two years leading into 2019. Just two years ago, UCF proclaimed itself national champions after going undefeated, capping a 13-0 season with a win over Auburn in the Peach Bowl. That claim was validated by the Colley Matrix, one of several systems used by college football to determine computer ratings. The Colley Matrix had UCF ahead of Alabama to end that season.

Prior to 2019, the Knights earned consecutive trips to the New Year’s Six with the aforementioned win over Auburn in 2017 and a 40-32 loss to LSU in last season’s Fiesta Bowl.

UCF’s brand has brought excitement to the matchup for Thundering Herd players.

“We’ve been playing bigger (Group of Five) opponents all year — the Cincinnatis, the Boise States…,” Couch said. “We’ve had a lot of great games this year and it’s another great game from the whole schedule that we get to play again and see where we’re at as a team.”

Couch knows several UCF players, including linebacker Eric Mitchell and Kenny Turnier — a pair of defenders for the Knights whom he played with at Miami Central High School.

As has been the case throughout the regular season when meeting up with Florida opponents, Couch said there will be a little flavor to his final game in a uniform with the Herd.

“As normal when you play against Florida guys, you’ll have trash talk and stuff like that, so we’re calling each other up and getting each other hyped up,” Couch said. “It’s all fun and games and what we look forward to playing against each other.”

Marshall senior defensive tackle Channing Hames is from Baltimore, but he said the influx of Sunshine State players makes for a fun atmosphere when those players get back home.

“Any time we play a Florida team, we end up having a good time with it,” Hames said. “There’s a couple of (UCF) people who came out of the same area as me, so I’ll probably reach out to them and see how it is down there.”

For Marshall football coach Doc Holliday, there is a recruiting element to the game as well. With Florida being a general hotbed for the Herd in recruitment, any game against an opponent such as UCF is an exposure game for Marshall.

“We’re the only game on that day in the afternoon, so it’s great exposure for us — an ESPN game,” Holliday said.

Regardless of opponent or location, Hames said having a familiarity in Tampa after having played in last year’s Bad Boy Mowers Gasparilla Bowl helps the Herd.

“It’s a place we already know and have been before, so that will be good,” Hames said. “Everybody wants to go down there and get a bowl championship.”