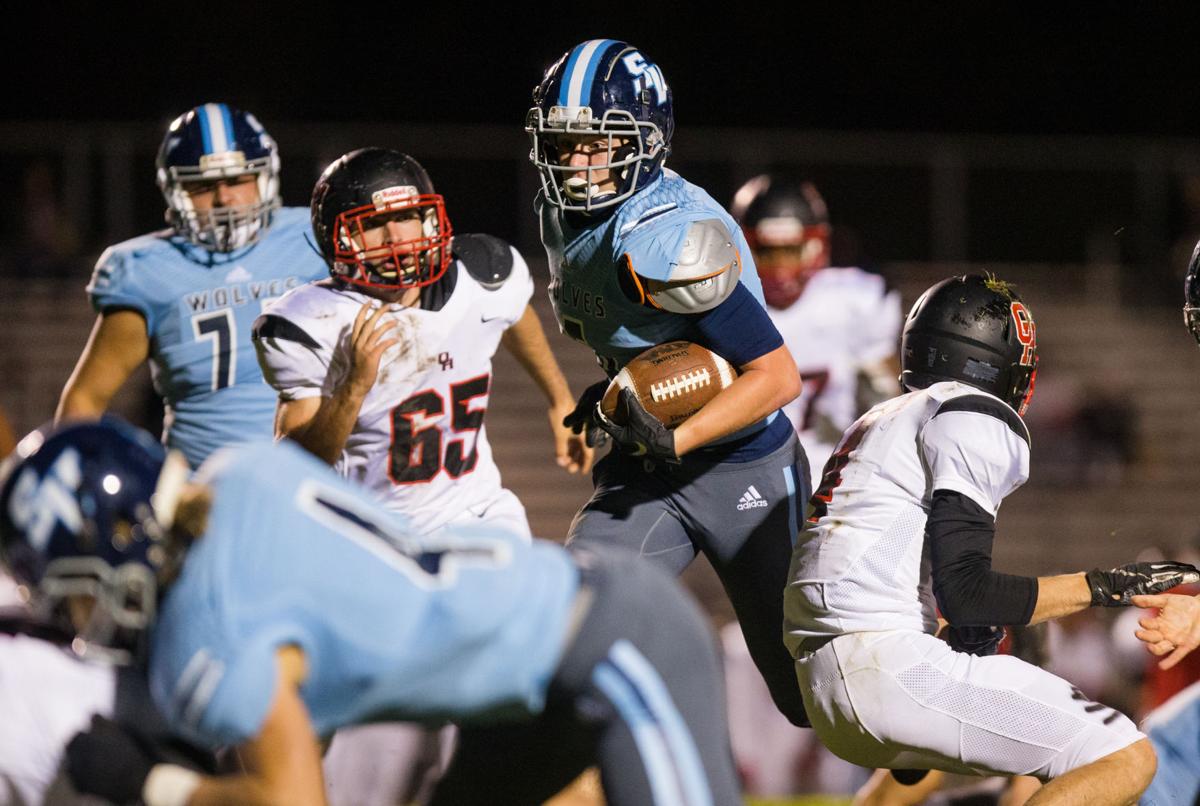 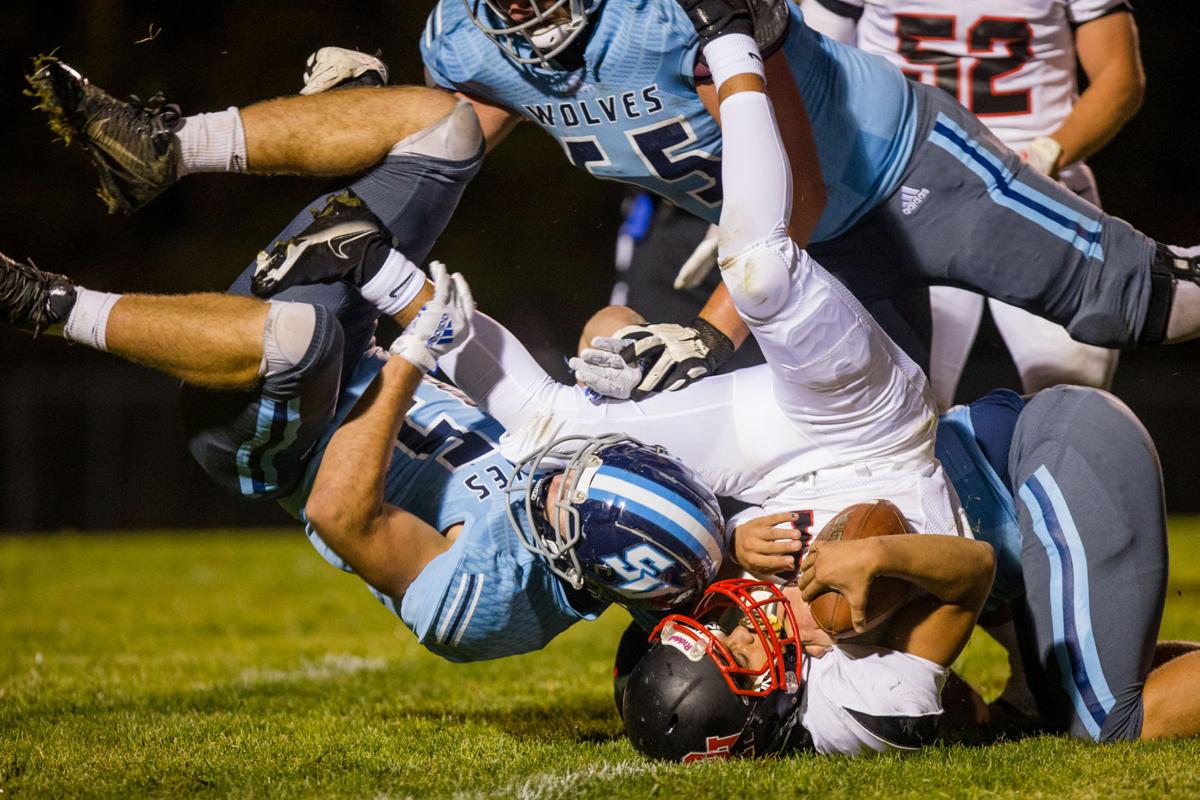 Spring Valley defenders bring down an Oak Hill running back during a high school football game on Oct. 16 at Spring Valley High School. 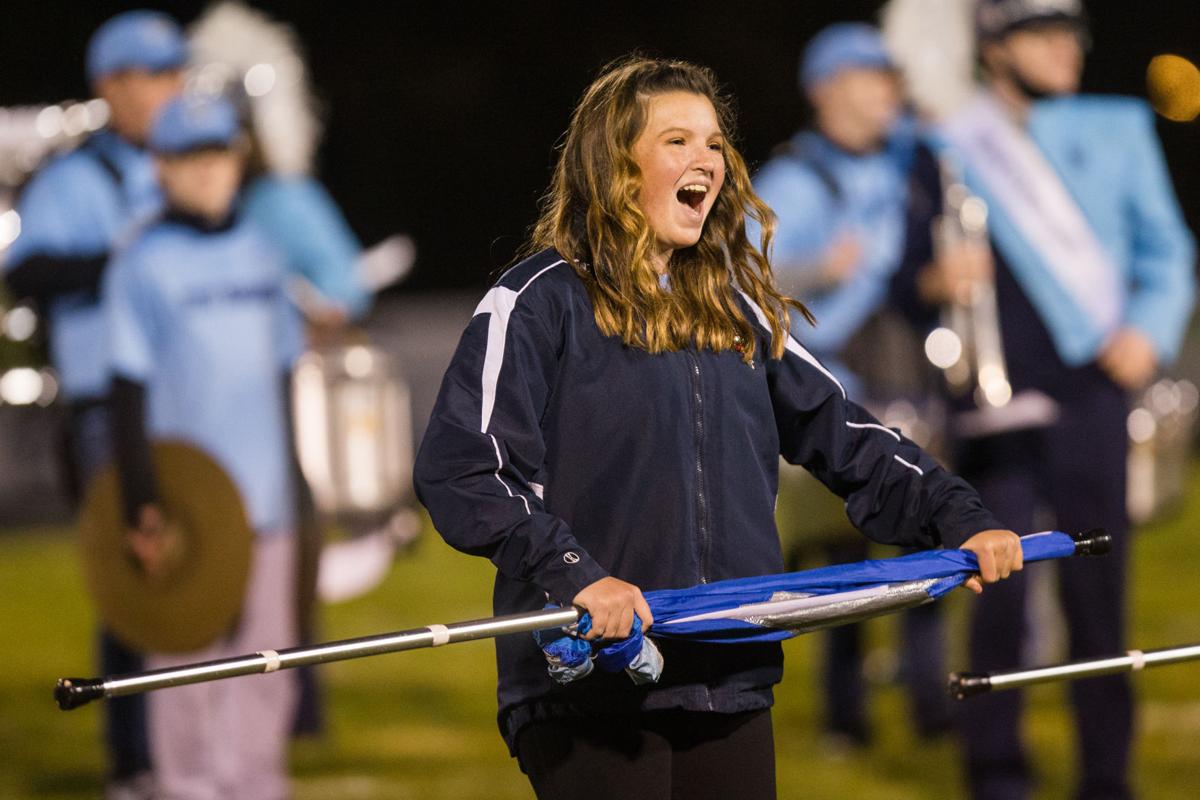 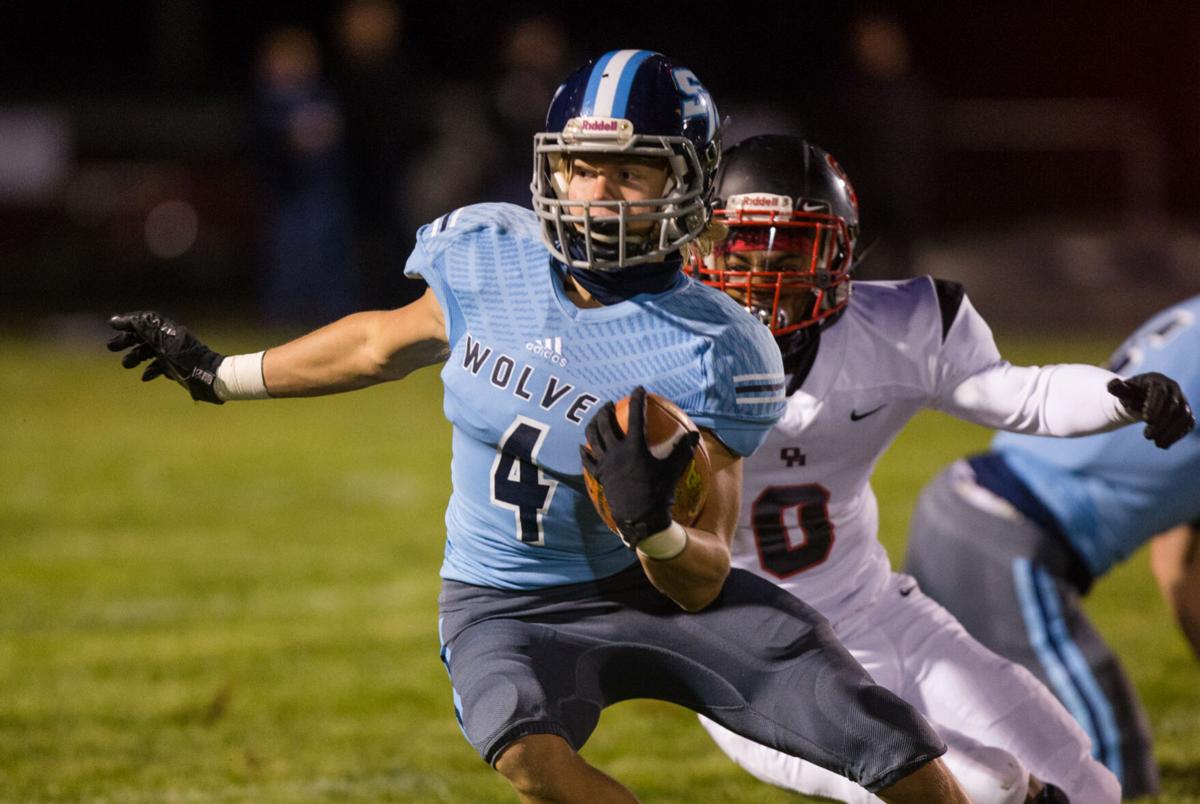 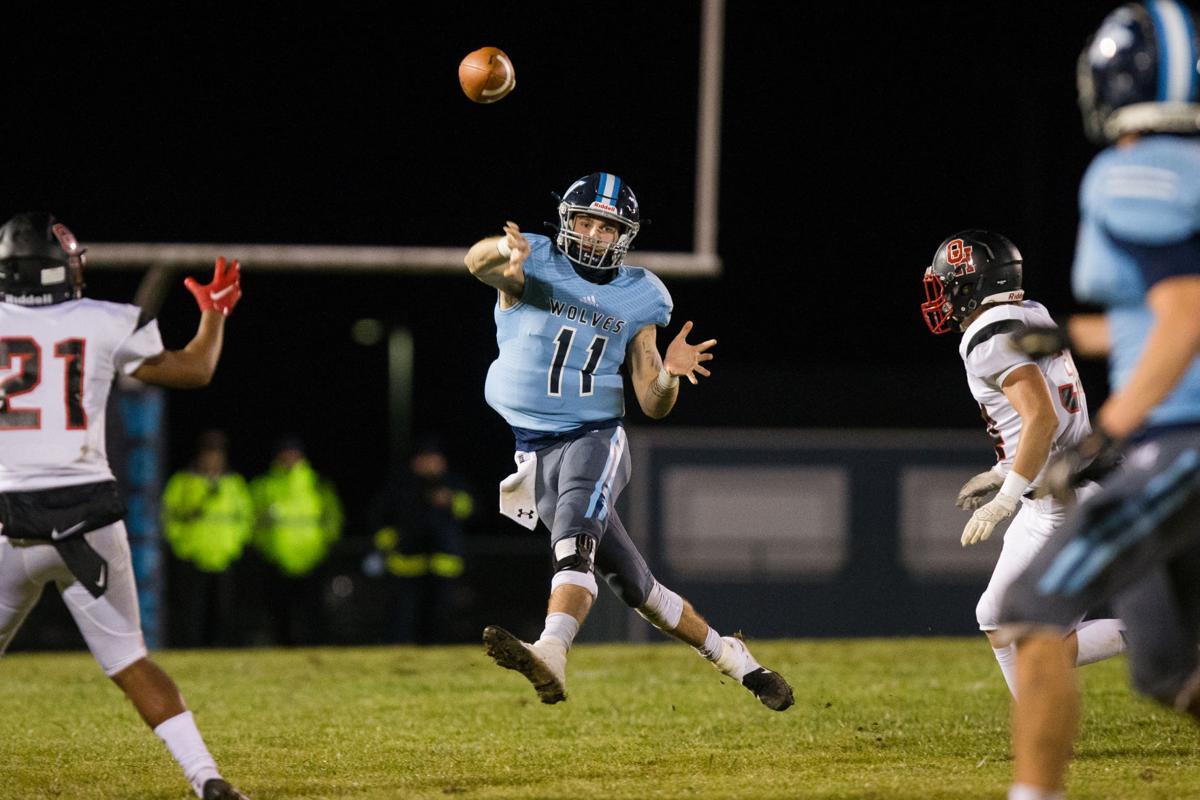 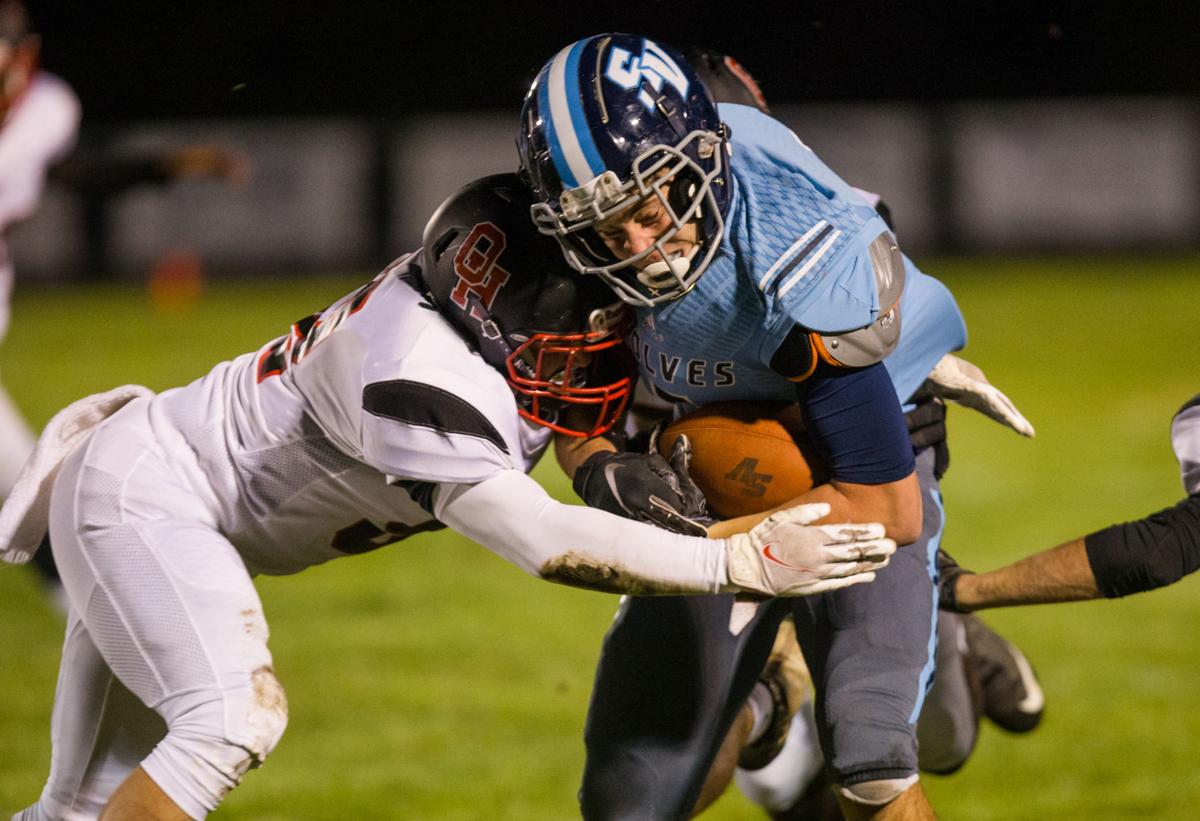 Spring Valley running back Jace Caldwell (6) is tackled on a carry as the Timberwolves take on Oak Hill during a high school football game on Friday, Oct. 16, 2020, at Spring Valley High School. 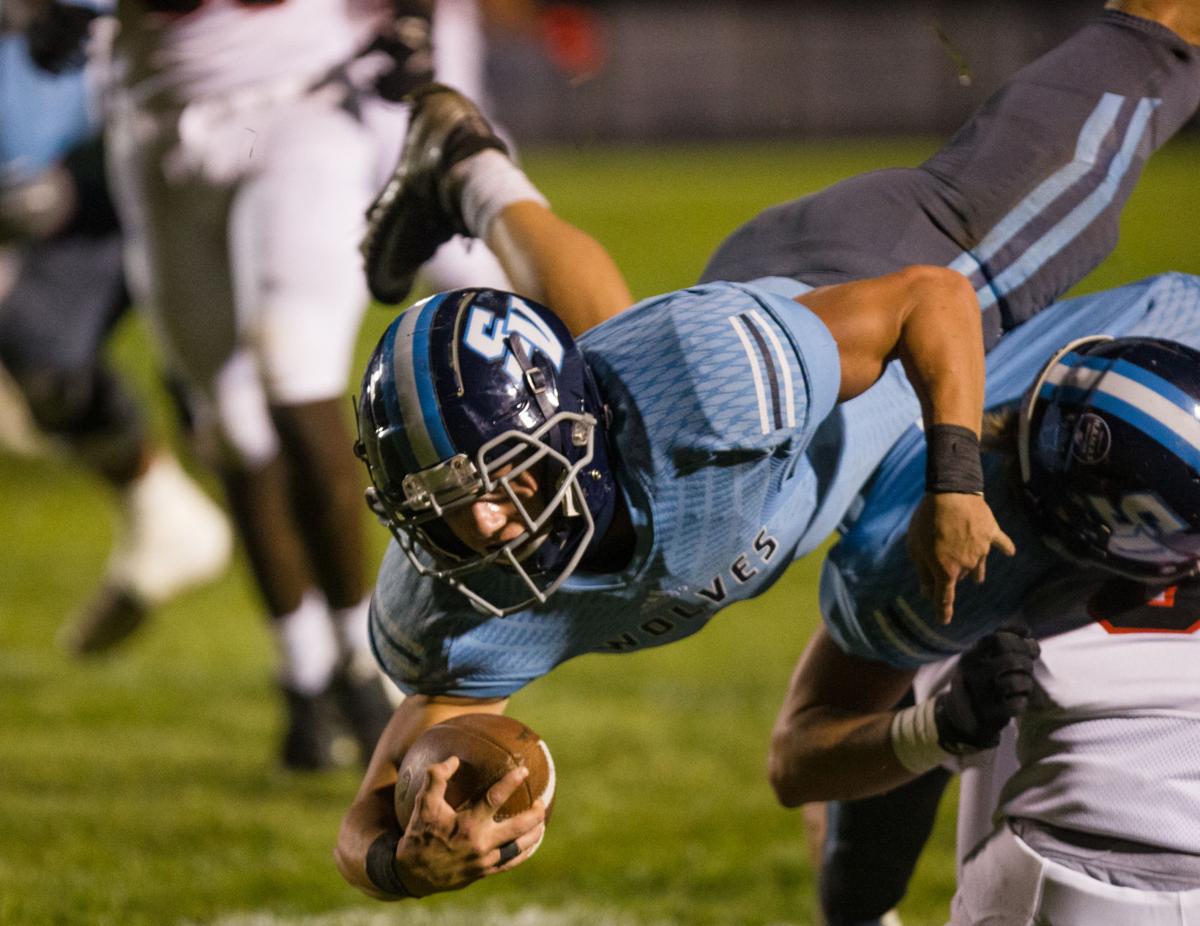 Spring Valley's Brody Brumfield (1) dives forward as he is tackled on a carry by an Oak Hill defender during a high school football game on Friday, Oct. 16, 2020, at Spring Valley High School. 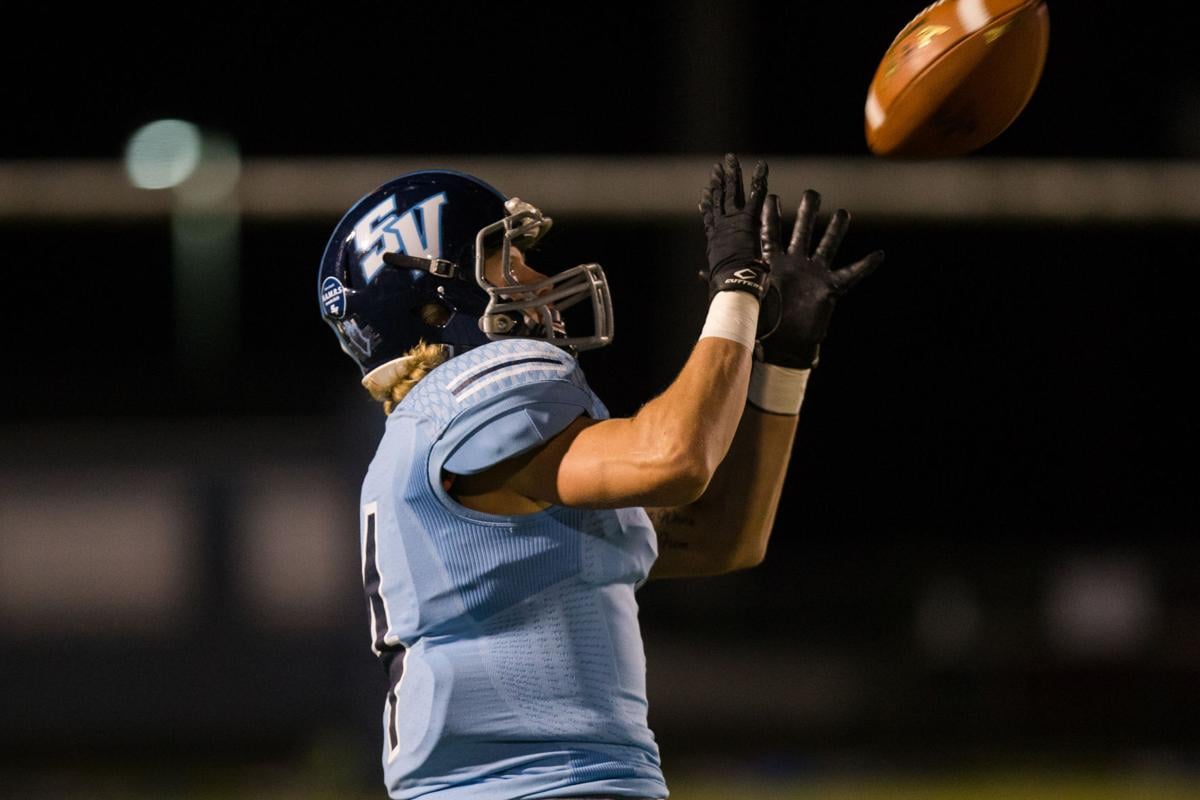 Spring Valley defenders bring down an Oak Hill running back during a high school football game on Oct. 16 at Spring Valley High School.

Spring Valley running back Jace Caldwell (6) is tackled on a carry as the Timberwolves take on Oak Hill during a high school football game on Friday, Oct. 16, 2020, at Spring Valley High School.

Spring Valley's Brody Brumfield (1) dives forward as he is tackled on a carry by an Oak Hill defender during a high school football game on Friday, Oct. 16, 2020, at Spring Valley High School.

HUNTINGTON — Perhaps the Spring Valley Timberwolves were taking out their frustrations from a week ago.

It might not have mattered the opponent that lined up against them but the Timberwolves improved to 3-1 on the season after controlling the line of scrimmage and winning in all three phases of the game in a 41-0 victory over Oak Hill Friday night at the Wolves Den.

“That was big for us to get back into the groove. I thought we played with a little more emotion tonight. It was good to see our kids be aggressive out there,” head coach Brad Dingess said.

The Timberwolves defense held the Red Devil’s (2-1) offense to just 20 yards of total offense on the night, only allowing three first downs in the contest. Spring Valley used twelve bodies in the backfield to rush for nearly 300 yards on 51 carries.

The Red Devils suffered their first loss of the season and it had everything to do with the pressure they saw from the Spring Valley defensive front early on.

In their first three drives, they only moved backward. Putting a dismal minus-11 yards up in the first quarter of play to Spring Valley’s 115 yards of total offense.

The Timberwolves jumped out to an early 14-0 lead after touchdown runs from Jace Caldwell and Brody Brumfield in the first quarter before turning it over on downs on their third drive.

What the offense couldn’t do, the defense did. Oak Hill wide-receiver Braxton Hall attempted to throw a pass late in the first quarter and was intercepted by Cole Diamond who returned it 66-yards to extend the Spring Valley lead to 21-0.

The Wolves defense continued to stifle the Red Devils’ offense and after the first quarter came to a close, Oak Hill faced another fourth down and lined up to punt for the fourth time in the opening period.

That punt was the first play of the second quarter and the Spring Valley special teams went to work.

Ben Turner received the punt and diced his way through the Red Devil defenders and returned the punt 51-yards for a touchdown. That score would be the last of the first half and the homesteading Timberwolves took a 27-0 lead into the locker room on Senior Night.

But it wasn’t all touchdowns and big plays for the Timberwolves. In the second quarter, they turned the ball over twice and left much to be desired despite holding a three touchdown lead.

“We tried to play up-tempo which we hadn’t done in a long time so there are some things we’ve got to work on. We talked to them at halftime and corrected the turnovers and I’m proud of that,” said Dingess.

They got back on track with their first drive of the second half, moving 54-yards in seven plays to extend the lead to 34-0 over the visiting Red Devils.

Sophomore Brian Booth set the game’s final score with a 32-yard touchdown run on the first play of the fourth quarter, sealing the victory for the Timberwolves.