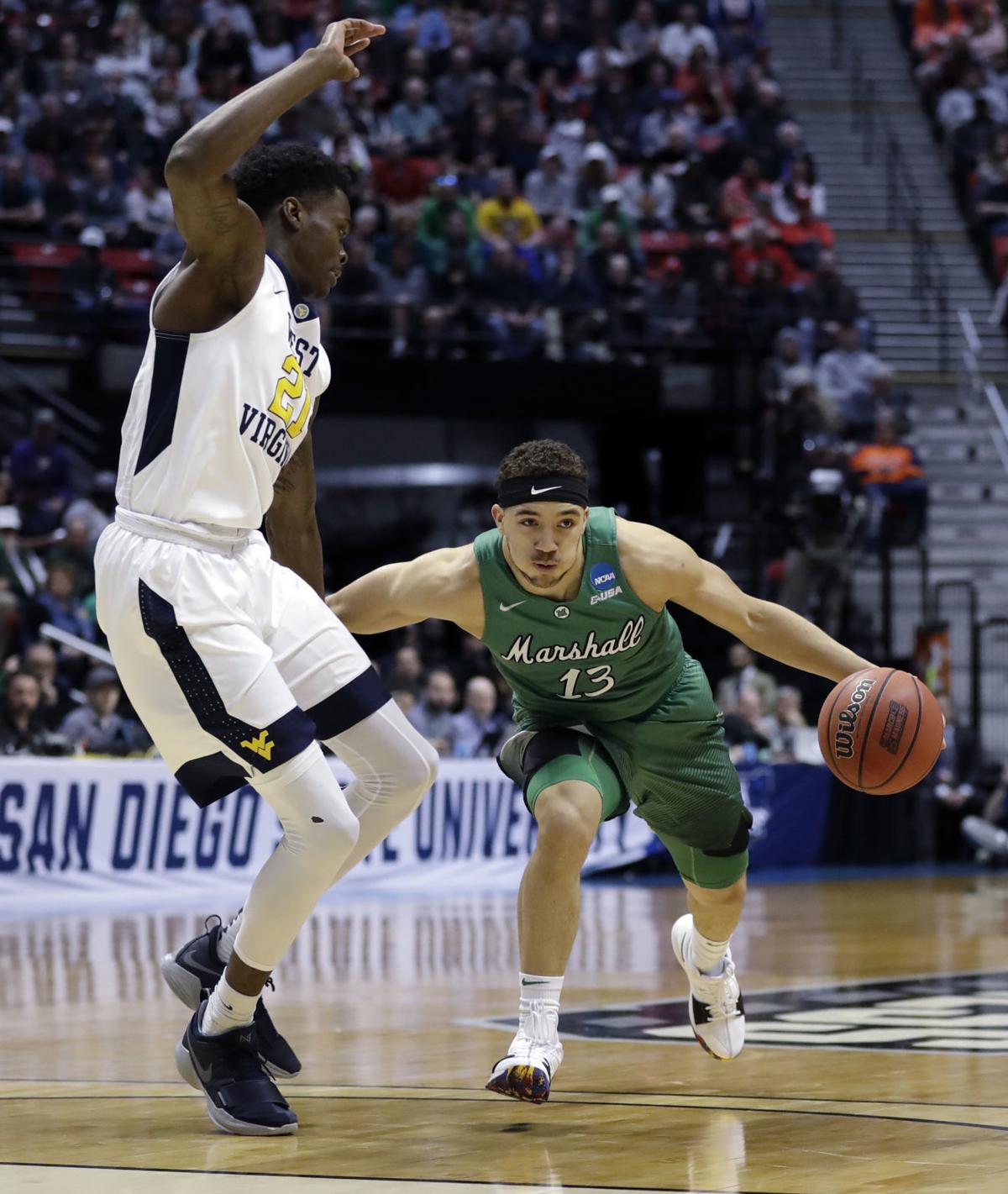 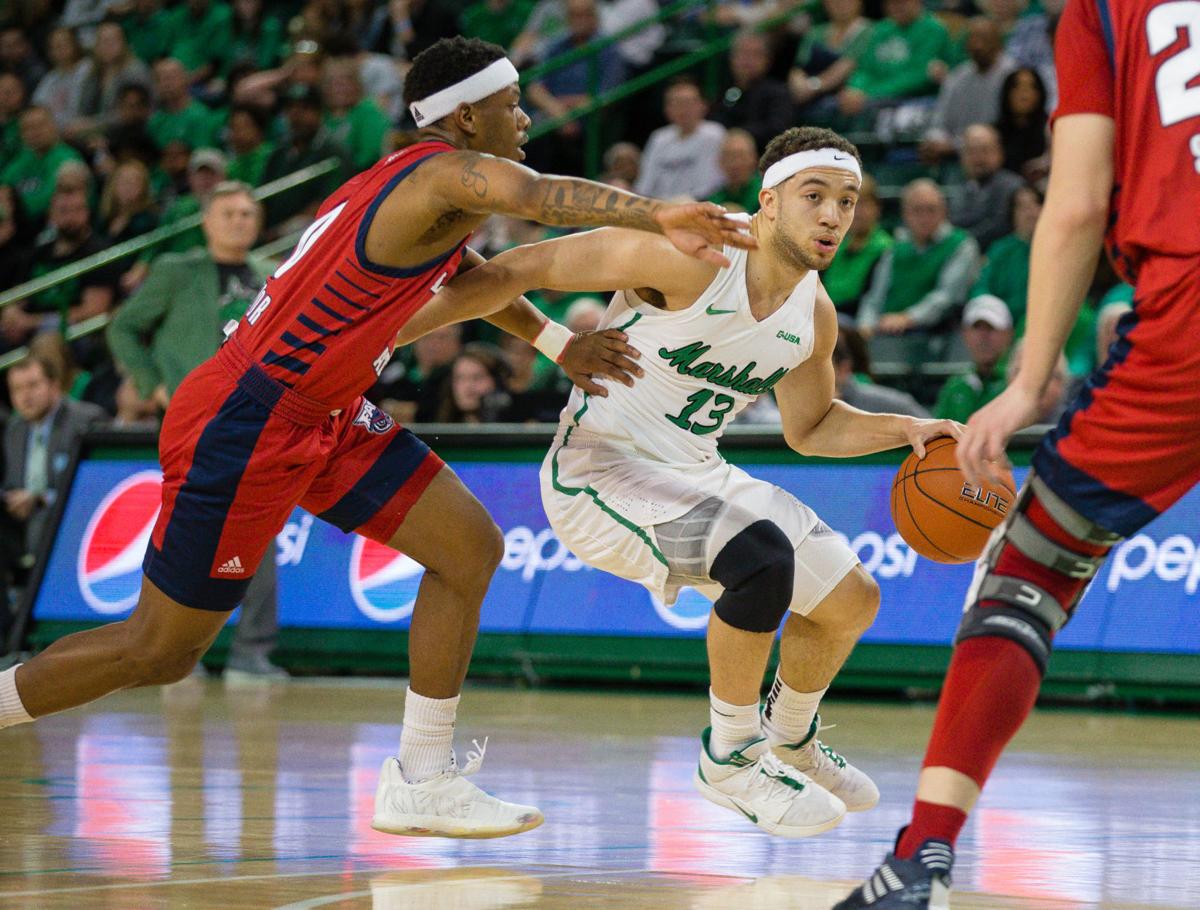 Marshall’s Jarrod West (13) pushes up the floor against Florida Atlantic’s Cornelius Taylor (0) during an NCAA men’s basketball game on March 4 at the Cam Henderson Center in Huntington. 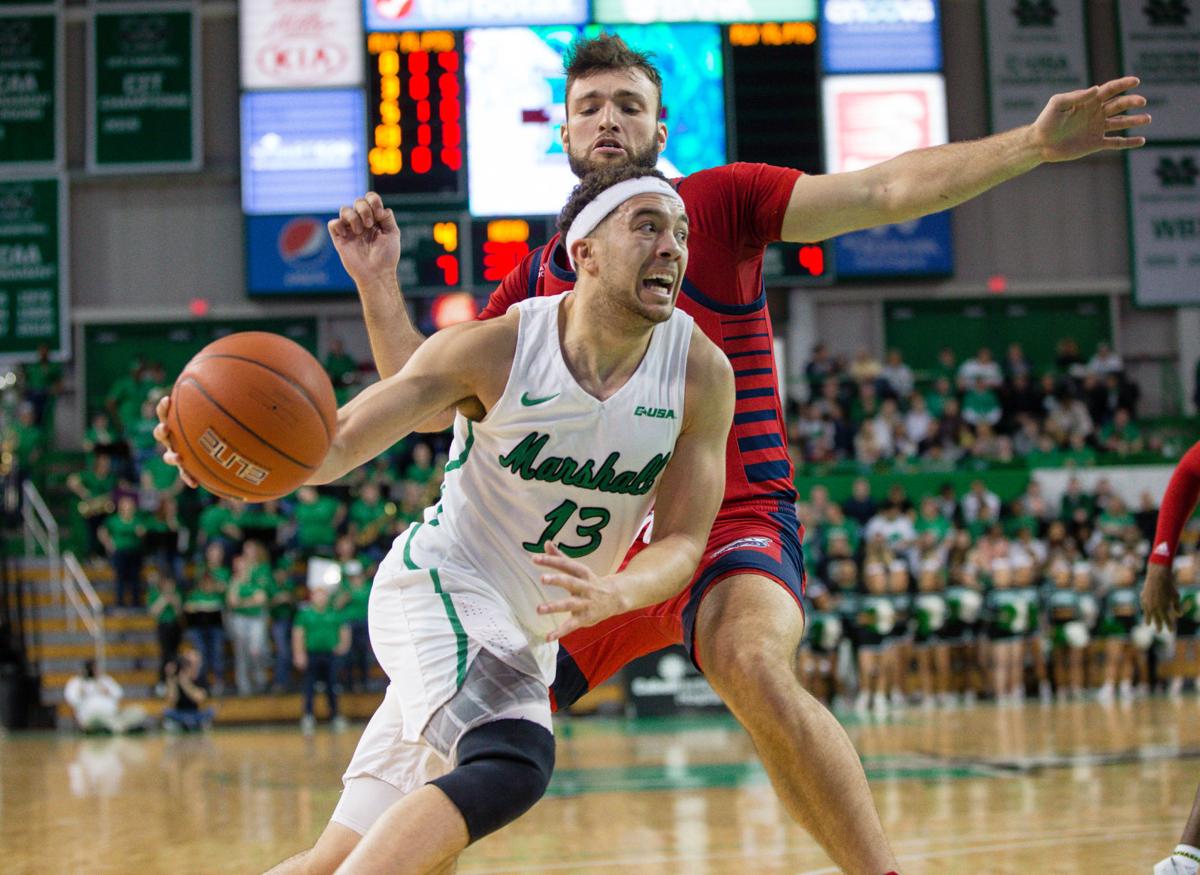 Marshall’s Jarrod West (13) drives to the basket against Florida Atlantic’s Aleksandar Zecevic during an NCAA men’s basketball game on March 4 at the Cam Henderson Center.

Marshall’s Jarrod West (13) pushes up the floor against Florida Atlantic’s Cornelius Taylor (0) during an NCAA men’s basketball game on March 4 at the Cam Henderson Center in Huntington.

Marshall’s Jarrod West (13) drives to the basket against Florida Atlantic’s Aleksandar Zecevic during an NCAA men’s basketball game on March 4 at the Cam Henderson Center.

HUNTINGTON — Marshall senior point guard Jarrod West has been through just about every basketball situation or scenario imaginable during his time in the game.

When the COVID-19 pandemic hit, though, it brought West into a new realm.

It was the first year since he could dribble a basketball that he couldn’t really get on the court and play a game somehow.

“A lot kind of went down this summer,” West said. “Being at home this summer, that’s the longest break from school that I’ve had since I’ve been in college.”

Considering he grew up with a basketball in his hands, it was an empty feeling for West, but one that he was not going through alone.

In his same household, his younger brother Jaidyn — a junior phenom for Clarksburg Notre Dame — was going through the same struggles.

There was a major hole to fill within their daily lives.

When facing those struggles, the two brothers did the only thing they knew to do — keep thinking about basketball and lean on each other for support.

It was much different than how Jarrod West envisioned his summer to be.

West declared for the NBA Draft following the 2019-20 season in order to get some insight from scouts about how he could improve his game.

The hope was that he would get to play in some showcases and do some workouts with NBA personnel, but those also got shut down due to the pandemic and its limitations on personnel at NBA facilities.

Instead, he ended up working with his brother, staying motivated on the goal that was at hand, which is professional basketball.

Make no mistake, both brothers have those dreams and that work continued in their gym this summer.

“Obviously, it’s fun to compete with your sibling,” West said while laughing about the battles with Jaidyn. “He feels like he’s got something to prove and I’ve got to make sure that I keep him in his place.”

After the competition aspect was over, the two brothers remembered that they were still on the same team in terms of helping each other reach their goals.

That extended to weight training sessions and conditioning, which took up a majority of the COVID-19 shutdown.

“Going through COVID, we got a lot of opportunity to stay in shape because we didn’t have much to do...,” West said. “We went to the same strength coach and we were in there three times a week.”

It also included getting plenty of shots up, which is something Jarrod wanted to get more consistent at heading into 2020-21.

Now, Jarrod West is back with his Marshall teammates in preparation for the 2020-21 season, which is slated to open on Nov. 25.

Menawhile, Jaidyn West is also preparing for his season with Clarksburg Notre Dame where he will play for his father, Jarrod West, who is a former West Virginia University standout.

It’s a basketball family that found ways to use the sport they love as coping mechanisms for pieces of the sport which were lost during the pandemic.

In the end, Jarrod West said that layoff made him better mentally and physically while bringing him closer with his brother, a Class of 2022 prospect who already holds an offer from Marshall.

“At the end of the day, it was a great preseason and summer for both of us,” Jarrod West said.

If a team has earned a spot in the high school football playoffs, should it be allowed to participate regardless of its county's status on the COVID-19 map?