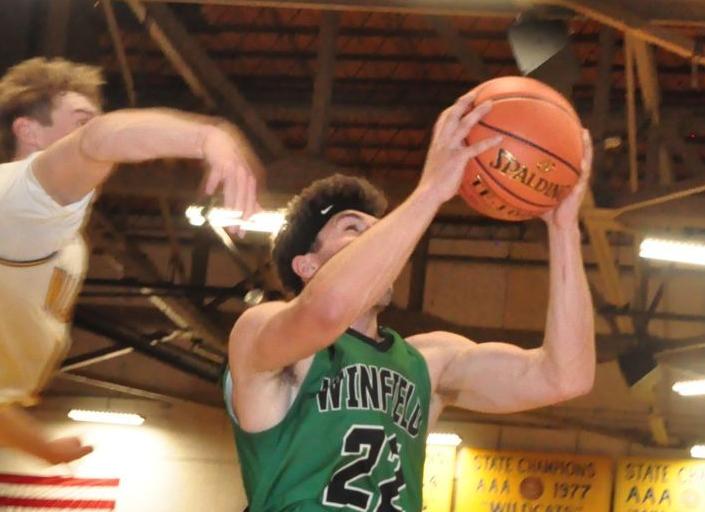 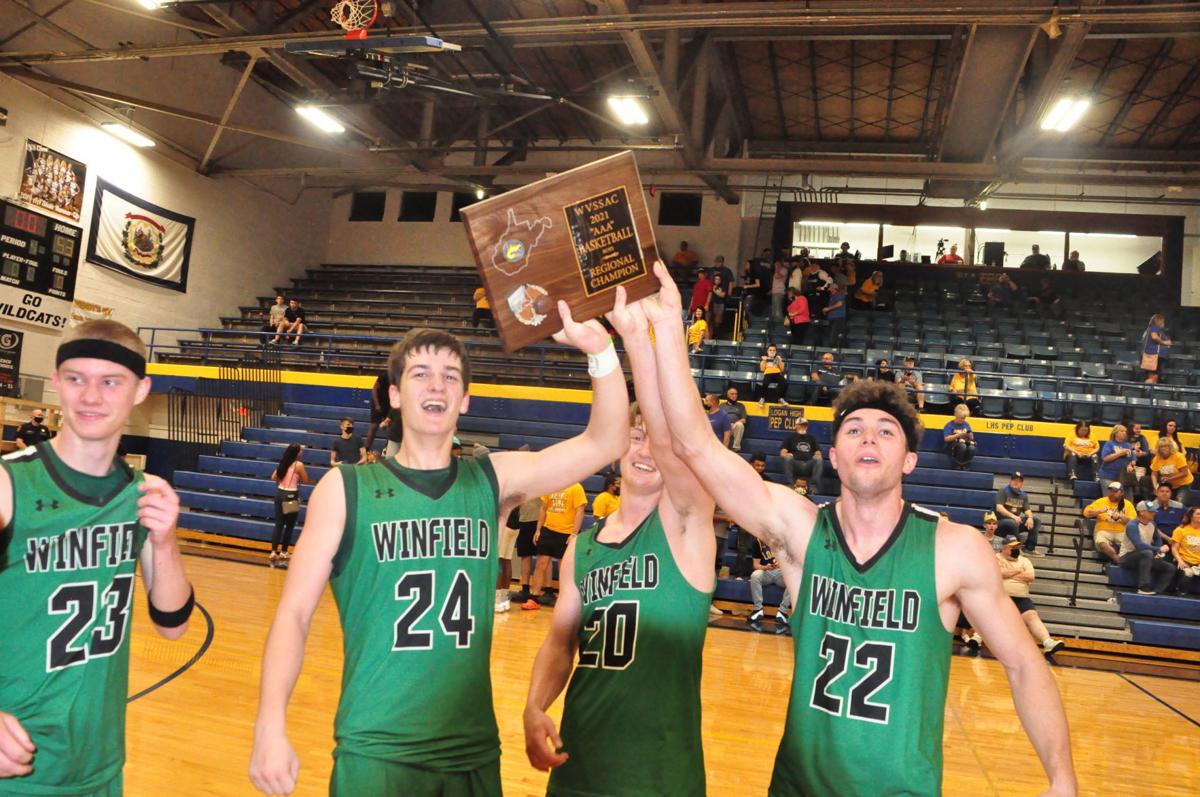 Generally regarded as one of the toughest venues to play at for visiting teams, the championship signs and banners in the rafters and the often raucous crowds seem to give the place an aura of intimidation.

Winfield, however, showed no fear as the Generals stormed into Logan and walked away with a thrilling 56-53 victory over the Wildcats in a boys basketball Class AAA, Region 4 co-final game, punching the Generals’ ticket to next week’s state tournament at the Charleston Coliseum.

“It’s a fun place to play,” Winfield coach Chris Stephens said about his team’s win in a game that seesawed all night long. “I will take these types of games any day. They are fun to play in, fun to coach and fun to watch. It was a hard-fought battle. Logan came to play tonight, and they fought tooth and nail for everything. I’m just happy that we came out on top.”

No. 8-ranked Winfield improved to 13-6 with the win, while sixth-ranked Logan saw its season come to a close at 14-5.

The Wildcats had been searching for their state tournament berth since 2012.

Winfield beat Logan for the second time this year, also taking a 51-45 decision at home during the regular season.

The Generals, having won six out of their last seven games, are on a roll heading into the state tournament, their first trip in three years.

“It’s awesome to make it back and awesome for our seniors,” Stephens said. “We have four seniors and they have been with us since day one. With the abbreviated season they have helped some of our younger guys. They stepped up in crunch time and got stops and made defensive plays.”

Winfield’s Blake Morris had game-high honors, ripping the nets on four makes from beyond the 3-point arc for 20 points. Seth Shilot tossed in 15 points, but his heroics on the defensive end in overtime helped the Generals to victory.

Tied at 53 with 1:31 to go after Logan’s Corey Townsend split from the free throw line, Winfield’s Carson Crouch hit one of two foul shots with 55.6 ticks remaining to put the Generals up by one.

Logan had two chances to go ahead in the final seconds but each time it was Shilot who denied the Wildcats with blocked shots — the first rejection on Logan’s Scotty Browning with 34 seconds left.

Winfield got the rebound but was quickly called for traveling.

This time it was Logan’s Garrett Williamson, who had his shot blocked by Shilot with 20 seconds left.

Shilot snared the rebound and was fouled with 18.4 ticks left. He split from the free throw line and Winfield led 55-53.

Logan still had one chance, but Jarron Glick’s shot fell short. Shilot grabbed the rebound and was hacked with one second left. He connected on one of two free throws to set the final score, and the celebration was on.

“That’s what he can do,” Stephens said of Shilot’s huge blocks. “He did that against Logan down at our place during the regular season. Down the stretch it felt like we had to win the game four times. But our defense has been hot all year long and we’ve relied on that. They gave us a W.”

For Logan, it was a tough way to end the season — to come so close of reaching the state tournament once again. Logan loses just one senior in reserve Corey Townsend.

“I’m incredibly proud of them,” Logan coach Zach Green said of his team. “A lot of people don’t know but we’ve lost six guys this season. We had two guys who are injured and were on the bench, but our kids continued to fight and continued to battle all season long and all the way down to the last second. I’m proud of that.”

Winfield missed out on on opportunity to win the game late in the fourth quarter. The Generals led 52-47 but Logan tied it at 52 after a Williamson 3 and a Townsend bank shot off the window. Winfield held the ball in the final minute but missed two shots in the closing seconds that would have won it.

“We had a good season, but I think our free throw shooting is what cost us the game tonight,” Green said.

The game seesawed in a topsy-turvy, nerve-wracking third quarter.

Logan grabbed a 35-28 lead after a Townsend scoop.

The Generals then countered with a 14-6 run, capped off by a steal and layup by Morris which put Winfield on top 38-37 with 1:03 left.