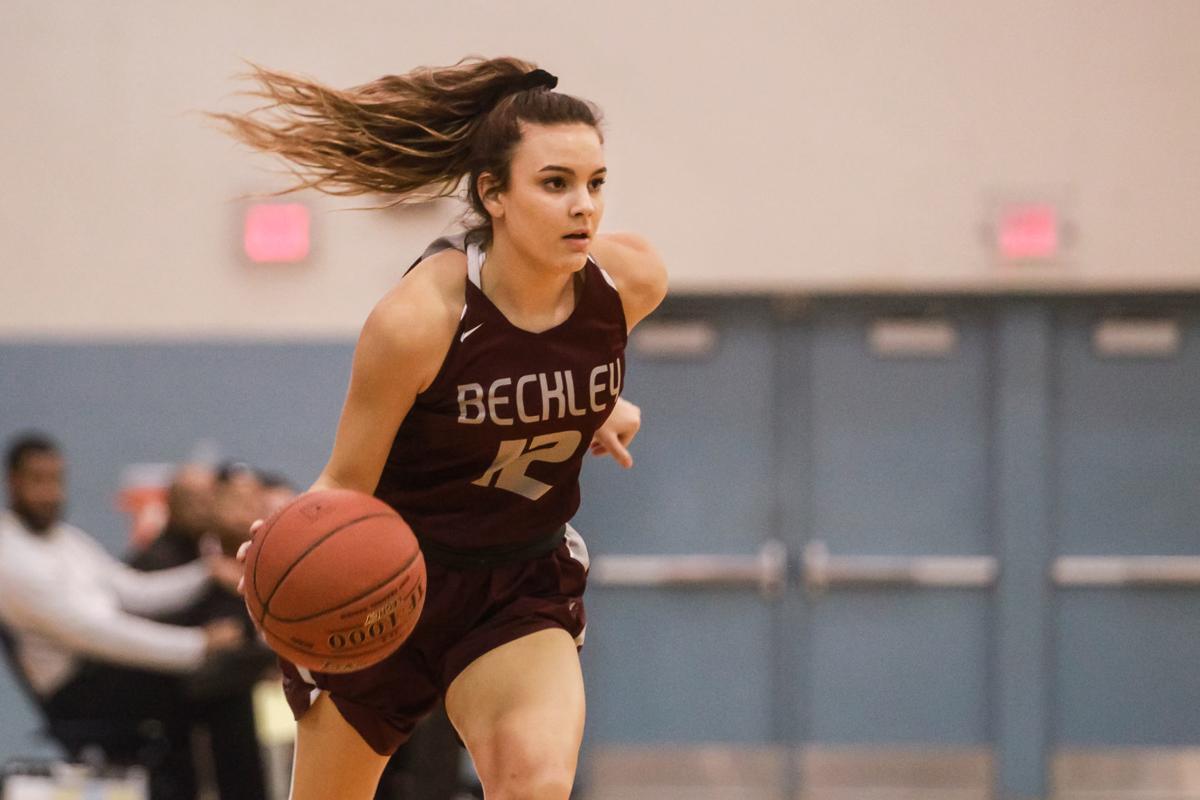 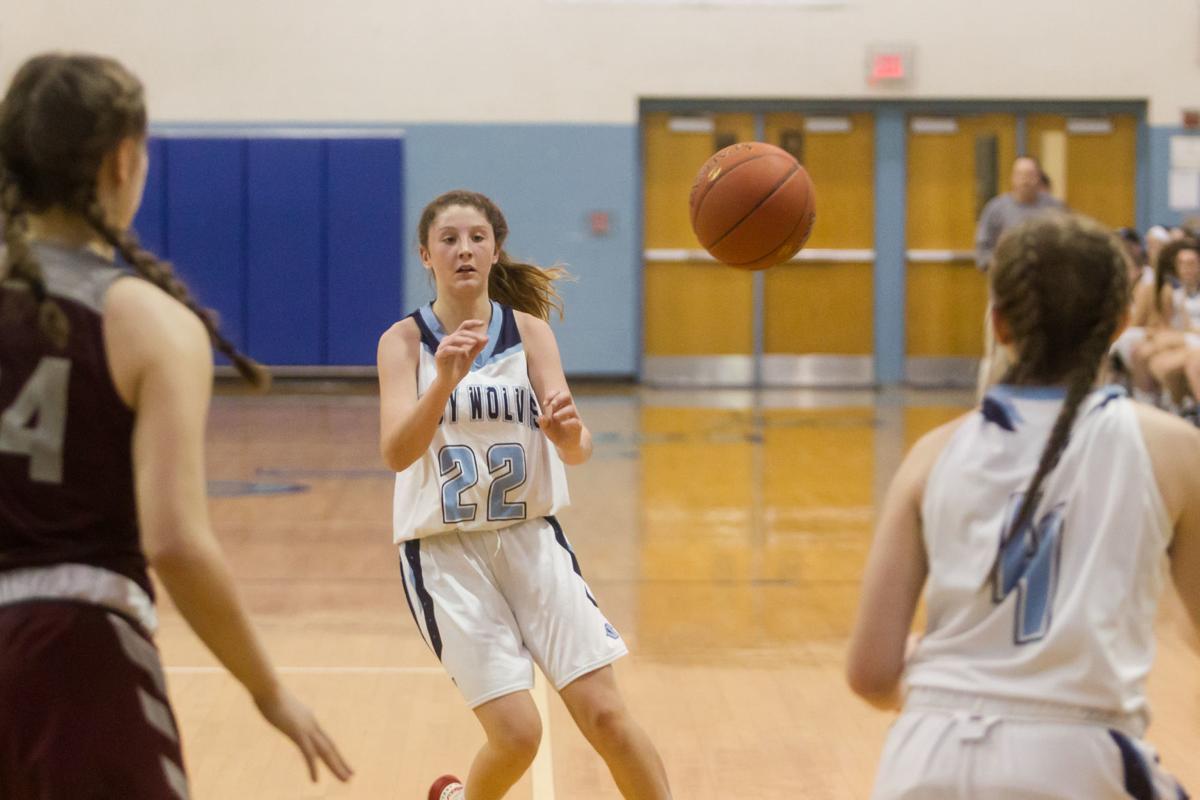 HUNTINGTON — Victoria Staunton’s 3-pointer with four minutes to go in the first period gave Woodrow Wilson’s girls basketball team the third and final lead change of the game as the Flying Eagles rolled to a 69-56 win over Spring Valley on Friday in a contest at the Wolves Den.

Woodrow Wilson (5-1) got a game-high 18 points from Victoria Staunton who had five points in the opening quarter as the Flying Eagles soared to a 19-9 lead. Spring Valley (5-4) was held to just 10 points in the second quarter as the maroon team took a 36-19 lead at halftime.

The senior who enlisted for active duty with the United States Air Force on Thursday said doing the finer things in her game opened up scoring opportunities.

“I just tried to rebound and box out my man,” Staunton said. “I helped take care of the ball against the press and look for the open man.”

Staunton finished with nine points in the first half and hit four 3-pointers.

After halftime the game went much of the same way with Woodrow opening as much as a 25-point lead at 4:18 of the third quarter when Staunton got a look at a wide-open three that gave her team a 46-21 lead.

That seemed to put life into the Timberwolves.

Caroline Asbury knocked down a basket-and-one to answer and was followed by field goals by Jenna Christopher. Brea Saunders got a basket and the Spring Valley defense managed to hold the Eagles to a lone foul shot by Staunton to finish the quarter.

Then star shooter Sydney Meredith got into the game. The junior who had not scored in the previous three quarters knocked down five consecutive shots, including three 3-point baskets to rebound with a team-high 14 points.

Meredith said she found a confidence she lacked in the early going after prompting her coaches telling her to shoot more.

“You just have to focus on your next shot and not worry about the ones you missed before,” said Meredith. “I didn’t think I was going to come out and hit any so I didn’t even want to shoot ball. Sometimes you have to.”

Spring Valley was outscored in all four quarters of the game but managed to stay even with its opponent in the final quarter.

With that the Timberwolves can turn their attention to their next game on Thursday with Riverside with Meredith saying she will take a lot of confidence away from the loss.

Woodrow Wilson has a date with the Warriors as well when it travels to Belle, West Virginia, to take on Riverside on Tuesday.