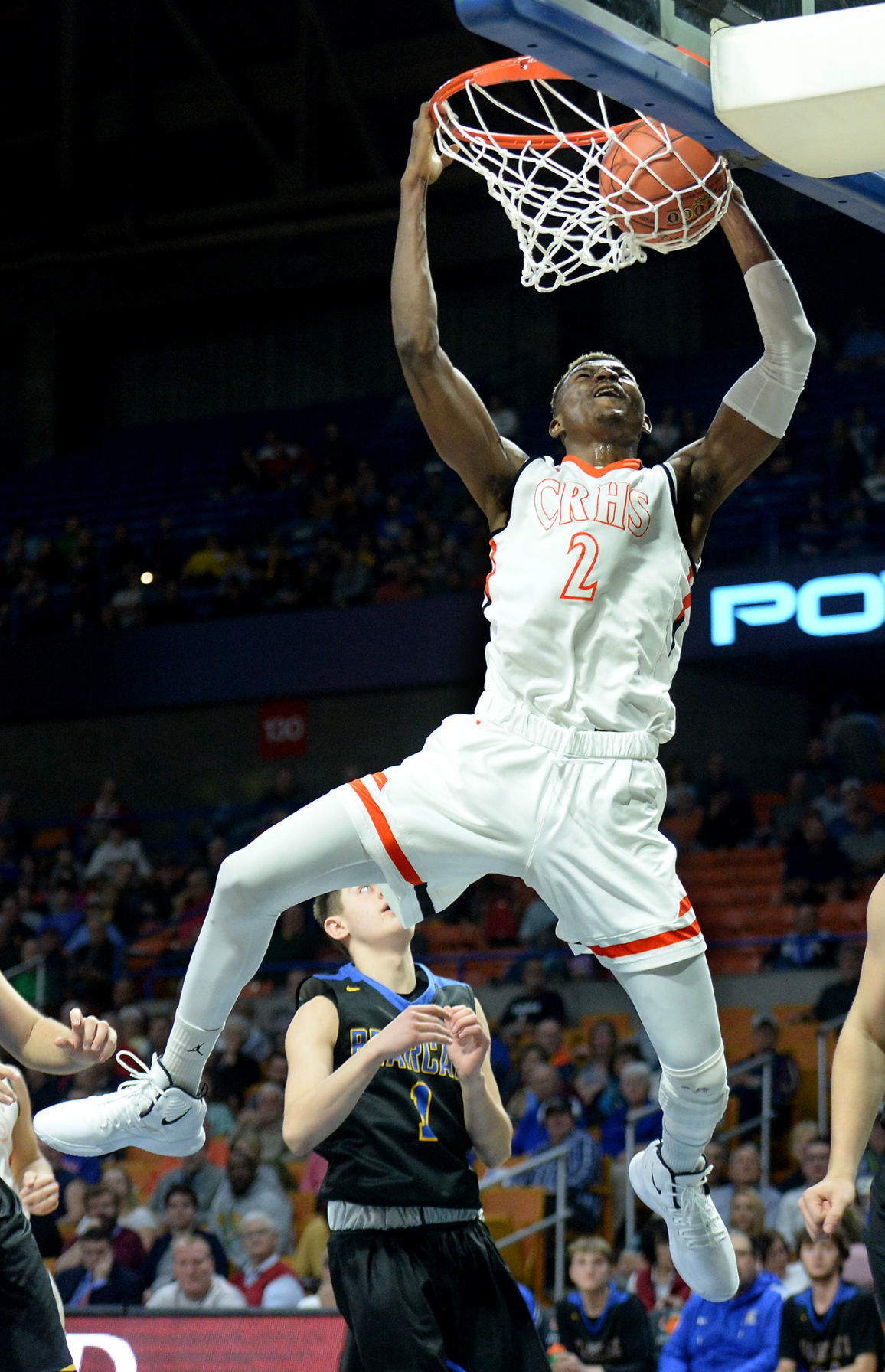 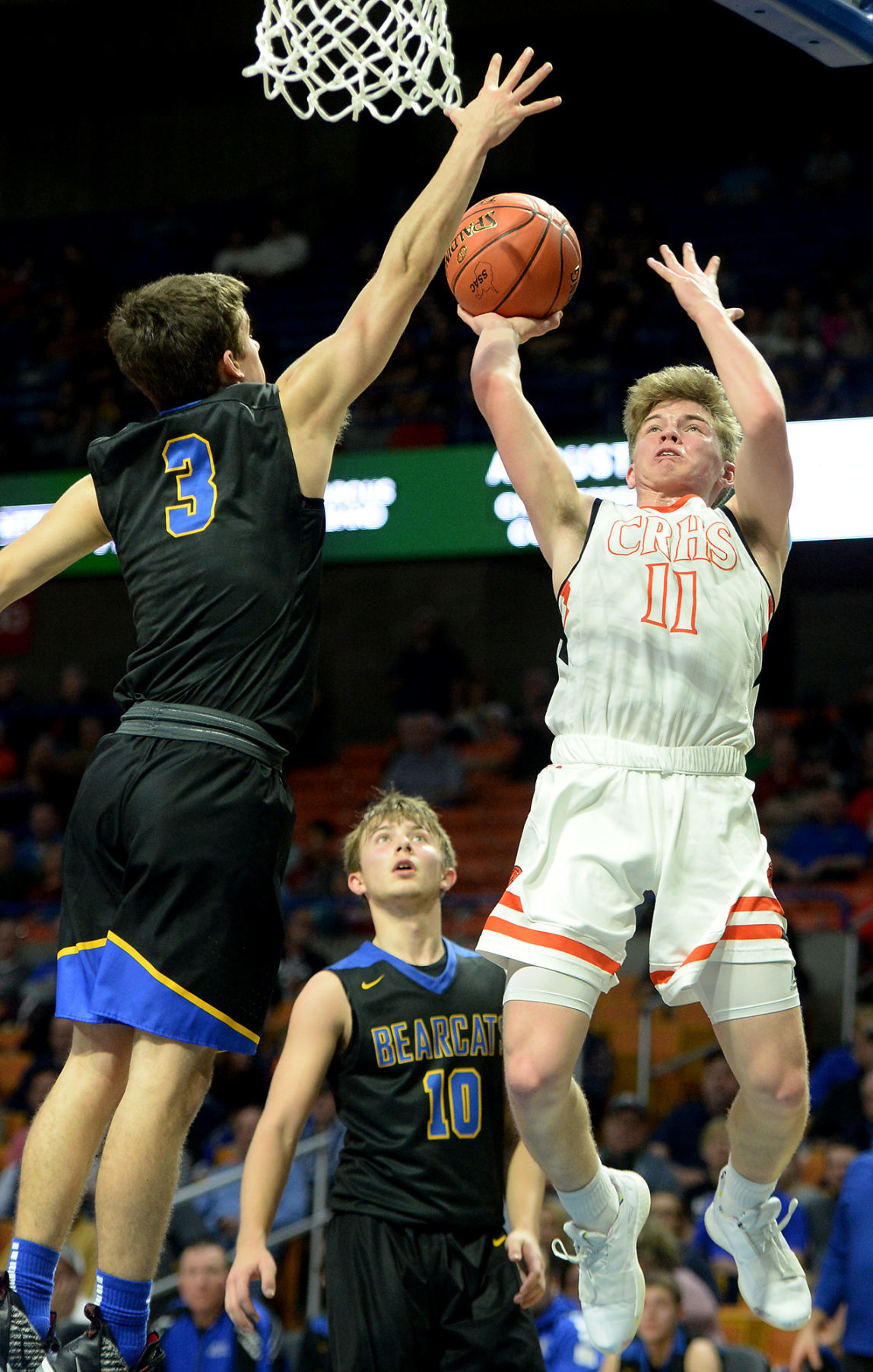 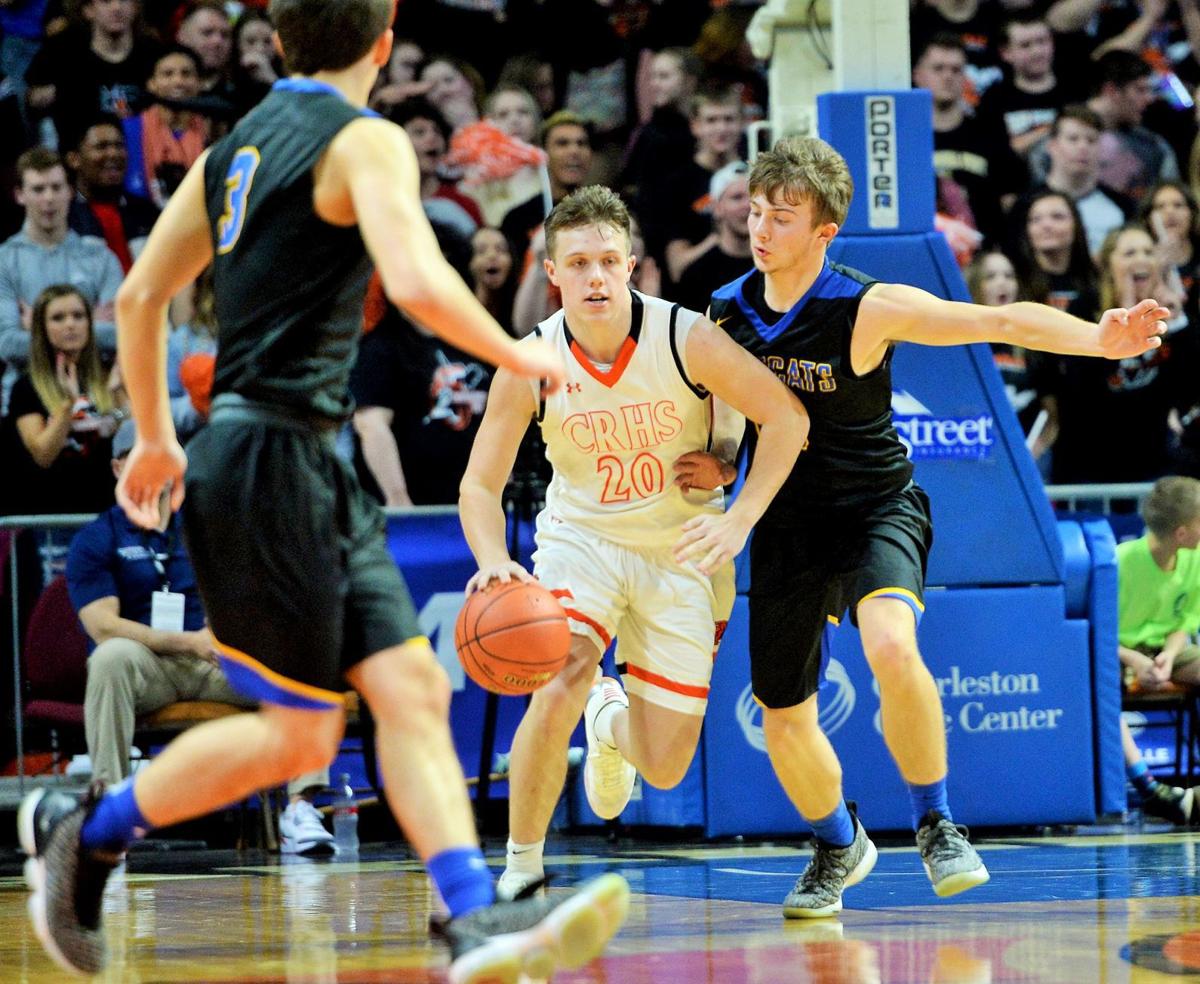 That is the question as the Chapmanville Regional High School boys’ basketball team is set to tip off the 2019-20 season.

Chapmanville, winners of back-to-back Class AA state championships, both over Fairmont Senior, will be gunning for a historic third straight state title this season.

That’s something that no Logan County basketball team, or any varsity sports team in the county for that matter, has ever done.

Logan High School was the closest, winning back-to-back Class AAA state championships in 1977 and 1978 under legendary coach Willie Akers, only to fall short in the 1979 state finals in a nail-biting loss.

Chapmanville has three starters and all-staters back — 6-9 senior and Marshall University signee Obinna Anochili-Killen, 6-1 guard Andrew Shull and 6-3 senior guard Philip Mullins — and the CRHS trio will be looking to shelter much of the load this season.

The Tigers lost a bevvy of talent from last year’s 26-2 squad, including 6-8 guard/forward Devin Collins (now playing at Marshall), Jordan Kish, Brandon Elkins and others due to graduation.

Others who either were reserves or JV players last year, must step up, along with Chapmanville’s incoming freshman class.

Chapmanville will also have to navigate through an extremely difficult schedule, which will take the Tigers three times to out of state tournaments where CRHS is slated to face some various prep schools.

Is it the toughest schedule Chapmanville has ever had?

That’s a yes most likely.

“Probably,” Tigers’ fifth-year coach Brad Napier Napier said. “I was talking to one of Marshall’s assistant coaches over a month a ago and I showed him our schedule and he said that he can’t ever remember a West Virginia team playing a schedule that tough, especially early in the year. We’re definitely challenging our guys early in the season and we’re just hoping that it pays off late in the year for us.”

Chapmanville is in a quest to win a third straight title but this one could be the Tigers’ toughest challenge yet.

Napier said his team isn’t thinking about that right now.

“Not really,” he said. “We’re just have got to focus on getting better every day. We’ve got so many young guys that are learning and still learning. It’s going to take a while for them. Last year’s team was so junior and senior dominated. I think that we’re talented enough but the younger players will have to learn the system and play a high level every day and every game. We’re going to have to figure out who is good at what, so it’s almost like starting over.”

Chapmanville’s three-year run, however, has been quite remarkable.

The Tigers have won 48 straight games against West Virginia teams dating back to the 2017 Class AA state championship game in a five-point loss to Fairmont. In that game, the Tigers blew a nine-point fourth quarter lead. Had Chapmanville held on the Tigers would have had the 3-peat already in hand and would be working for a fourth straight state title this year.

The Tigers’ only two losses last year were to out-of-state powerhouses.

Since taking over the CRHS team in the 2015-16 season, Napier has a 93-17 record, an 84.5 winning percentage. Napier has led Chapmanville to four straight state tournaments and an 8-2 mark in the state tourney in that span.

Dating back to the Allan Hatcher era and Chapmanville’s first state tourney berth in 2014, the Tigers have reached the Big Dance five out of the last six years.

Killen, Chapmanville’s starting center, averaged 15.2 points a game last year but his rim protection and shot blocking ability on defense is his bread and butter.

The Tigers expect him to have another big season.

“He’s been a great one to coach,” Napier said.

Killen can play all five positions. At times, he brings the ball down the court as the point guard and last year saw him increase his range to 3-point territory.

In short, “The Nigerian Nightmare” is a nightmare for opposing teams to defend.

“He can play any position on the court,” Napier said. “He’s worked for it. He was never a kid who came in here and waved a magic wand and was great. He really put in hours and hours and hours.”

Mullins and Shull, both Honorable Mention All-State selections last year, also are on pace to have big seasons as well.

“I think Philip, Andrew and Obinna will all three have monster years,” Napier said. “I think those are three of the best players in the state. Andrew and Philip are what we call combo guards, which means they can play the one, the two or even on the wings.”

“Those seniors have worked really hard and have made themselves really good players,” Napier said. “They’ve spent a ton of time trying to perfect their craft. We have a good core of older guys that we can lean on a little bit.”

With the four senior returnees, Chapmanville will also need five or six more players to step up to create a nine or 10 man rotation.

The Tigers may look to 6-3 junior Hunter Jeffrey to be one of those players.

“He played really well in the fall,” Napier said. “He played a lot of JV ball last year. He’s really come on. He knows the system really well because he’s been here a few years.”

Chapmanville also has a bunch of freshmen and sophomores.

“You never know which one of them is going to play well on a given day,” Napier said.

“They are going to have to step up and they have,” Napier said. “This summer we played elite teams and prep schools and played some top 10 teams in the country. The only thing right now that we are lacking from those guys is consistency. The ones that are consistent will be the ones that will be playing. We don’t know right now which of those guys will step up on a given night. We have a lot of spots open.”

The Tigers are set to open the season Dec. 14 at the Battle of the Rock in Rock Hill, S.C. Chapmanville plays Christ Chuch out of Greenville, South Carolina.

It will be the first of three out-of-state tournaments for the Tigers this season.

On Jan. 11, Chapmanville heads to the Keystone State to take part in the Pittsburgh Winter Jamfest.

Then on Jan. 25, the Tigers leave the Mountain State again in the FCA Prep Showcase in Bristol, Virginia.

Chapmanville will have an active Christmas break.

One of the highlights of the entire season is the inaugural Country Roads Classic, a multi-team showcase set for Dec. 19-21 at Chapmanville’s Danny Godby Gymnasium.

On Jan. 3, the Tigers play Wheeling Park in the Cancer Research Classic. Then then next day, CRHS heads downstate to Beckley to play in the New River Shootout.

It’s a brutal schedule to say the least.

And everyone Chapmanville plays will likely get their best shot as the top cat Tigers are certainly the hunted and not the hunter these days.

And with that status comes the pressure.

Chapmanville ended last season ranked No. 1 in the state in all of West Virginia’s three classes, including the highest class of Triple-A.

The Tigers were ranked 93rd in the country last season and are 83rd in the nation in one preseason poll. That’s out of more than 36,000 high school basketball teams in the United States.

When Napier arrived at Chapamanville from Mingo Central, he said CRHS was ranked around 18,000 in the nation. That’s a jump of more than 17,900 spots.

“I think our older guys understand this,” Napier said. “The younger guys are going to have to figure this out pretty quick. At the point we are at right now, even the prep schools are going to gun for us. Miller School (Virginia) and ISA Osborne (Ohio) are both coming to the Country Roads Classic and both requested to play us and they requested to play us because of our national ranking being so high.”

Paul Adkins is the Sports Editor of the Logan Banner. Follow him on Twitter at @PAdkinsBanner or email him at padkins@hdmediallc.com