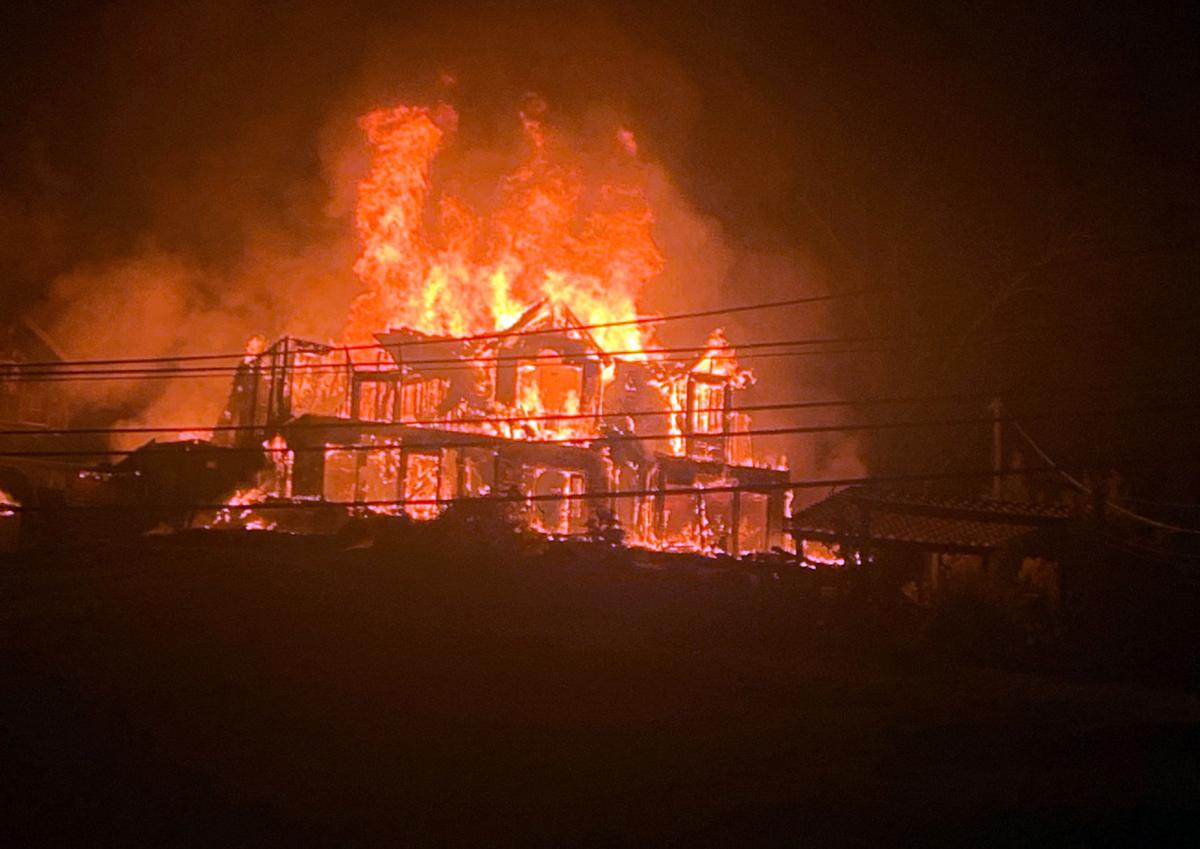 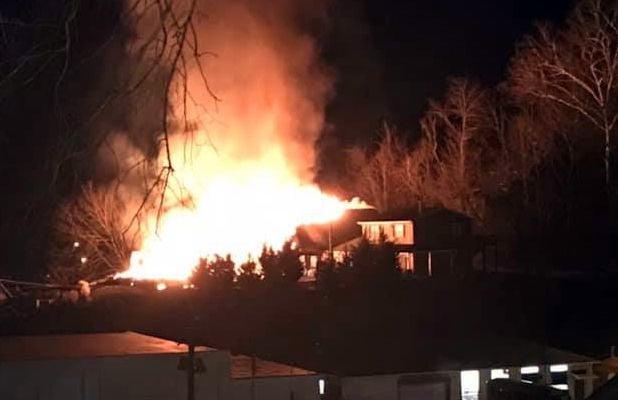 WAYNE — The house was a fixture in the Wayne Community.

Sitting on the hill where the former Wayne High School building was located, was a beautiful home owned by business owner and former Town of Wayne mayor James Ramey Jr. III. — but the home is gone now.

Firefighters in Wayne County arrived to the scene of a large house engulfed in flames after a 911 emergency call came in at 4:25 Friday morning in the Town of Wayne. According to responders, an air condition unit in the attic of the home caught the fire, causing the rest of the home to burn.

Though everyone was able to escape the blaze, including the family pets, the home is a total loss.

The emergency call was made by an early morning driver who had taken the “shortcut” route out of Wayne and noticed the flames coming from the top of the home.

Responders remained on the scene until 1 p.m. in the afternoon to prevent the flames from reaching an adjacent building.