You are the owner of this article.
Edit Article Add New Article
News & Features
Photo Galleries
Sports
Opinion
Schools
Obituaries
Subscribe
Contact Us
The Herald-Dispatch
1 of 4 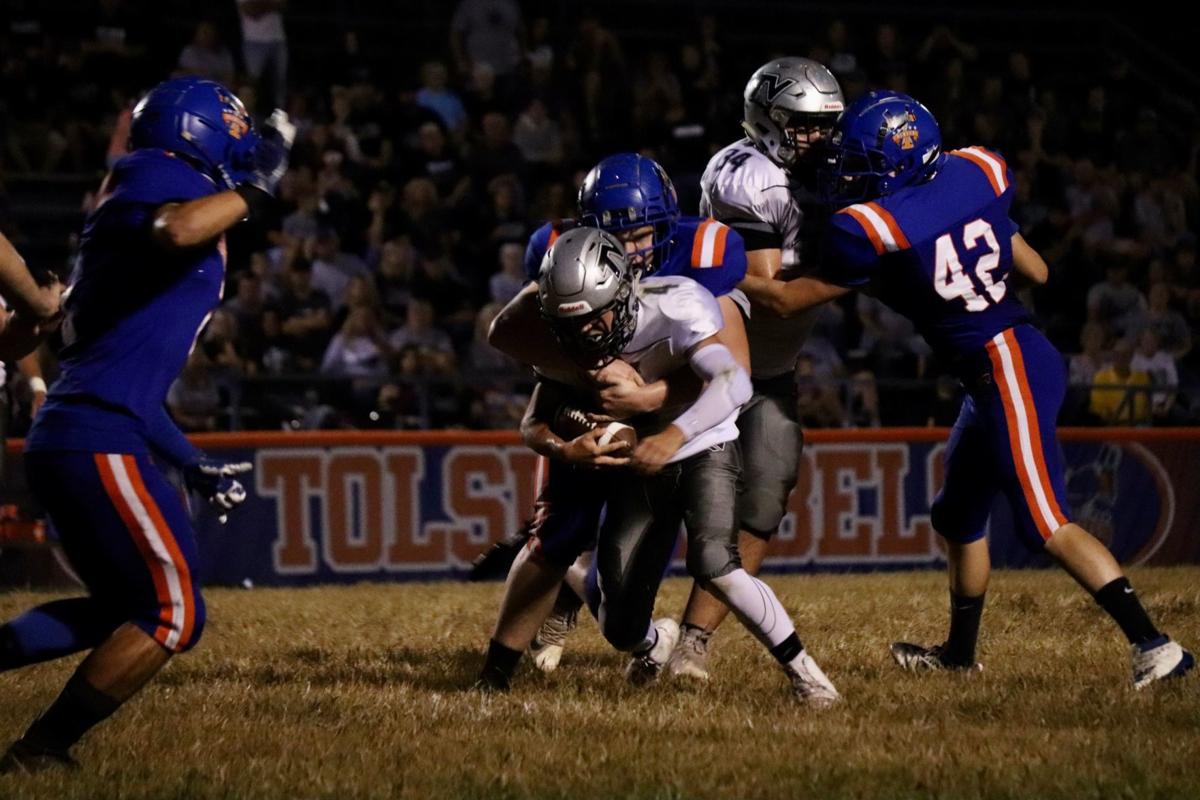 Tug Valley wide receiver Tanner Kirk is swarmed by the Tolsia defense during a high school football game between the Tug Valley Panthers and Tolsia Rebels on Friday at Tolsia High School. 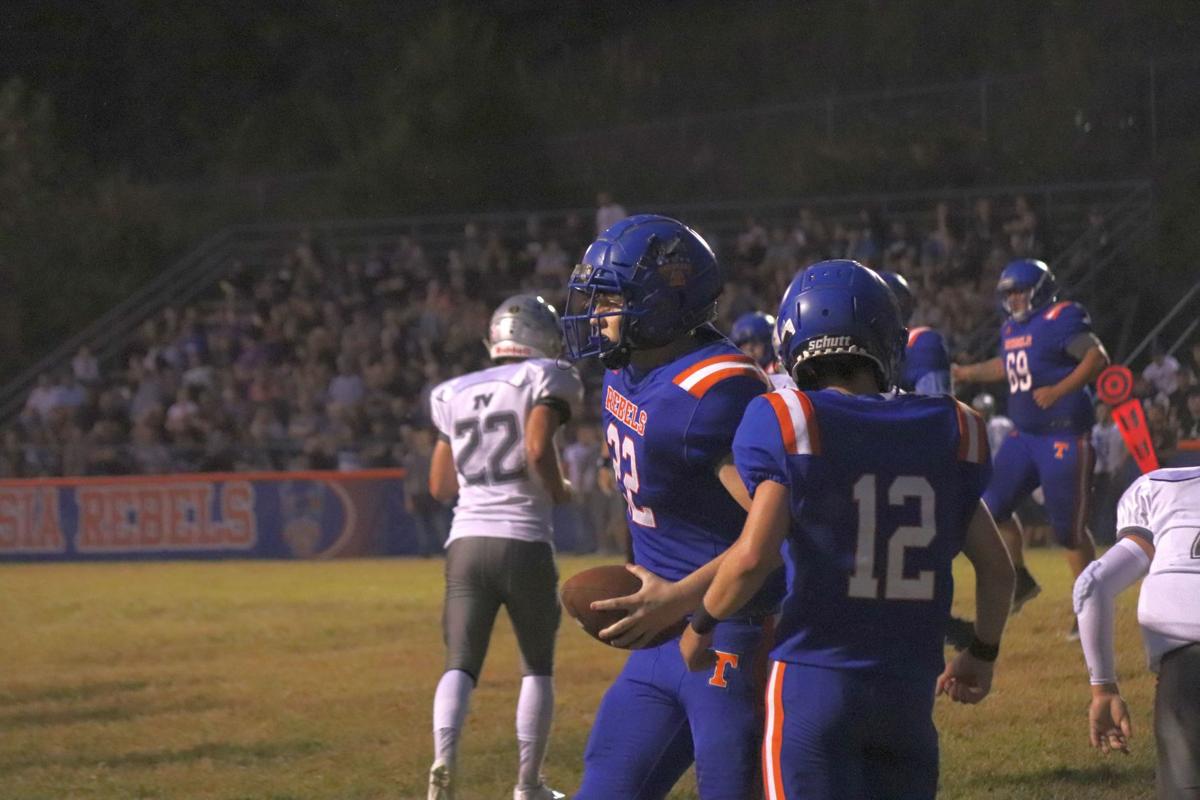 Tolsia’s Devin Stull (22) celebrates with Jesse Muncy (12) after completing a two-point conversion during a high school football game between the Tolsia Rebels and Tug Valley Panthers on Sept. 21 in Glenhayes. 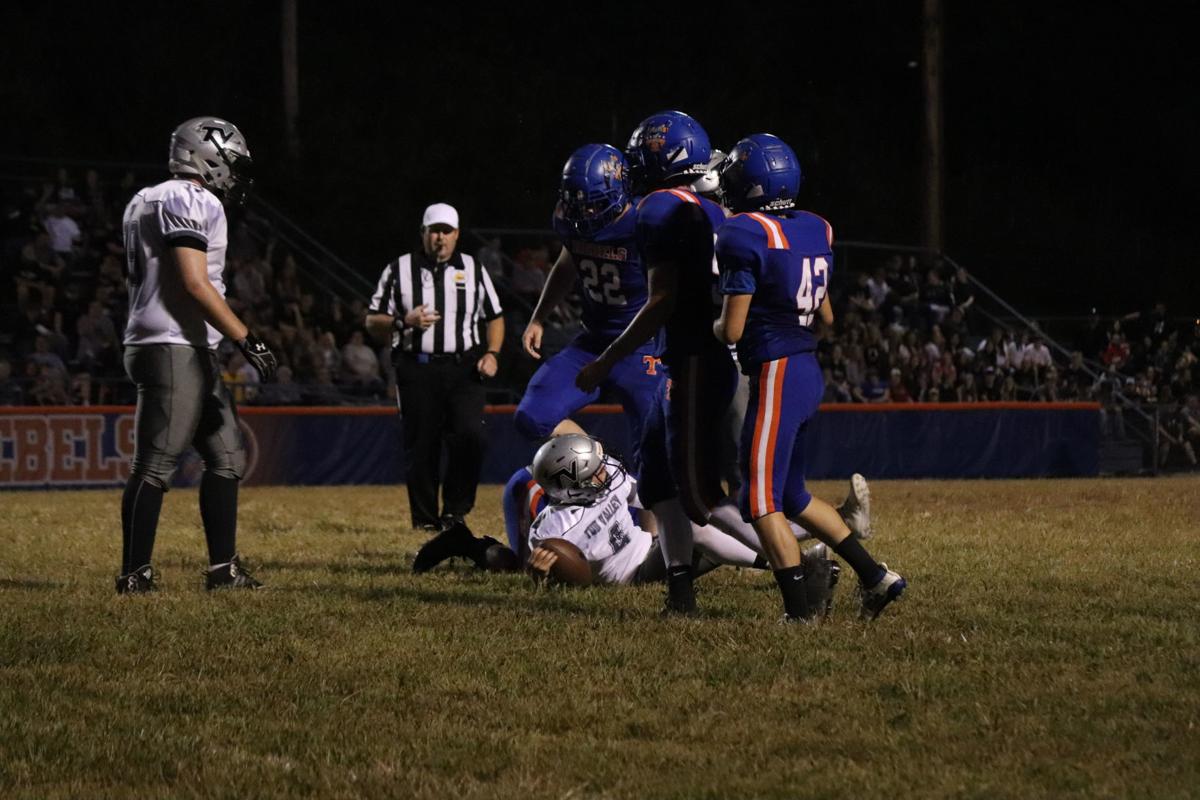 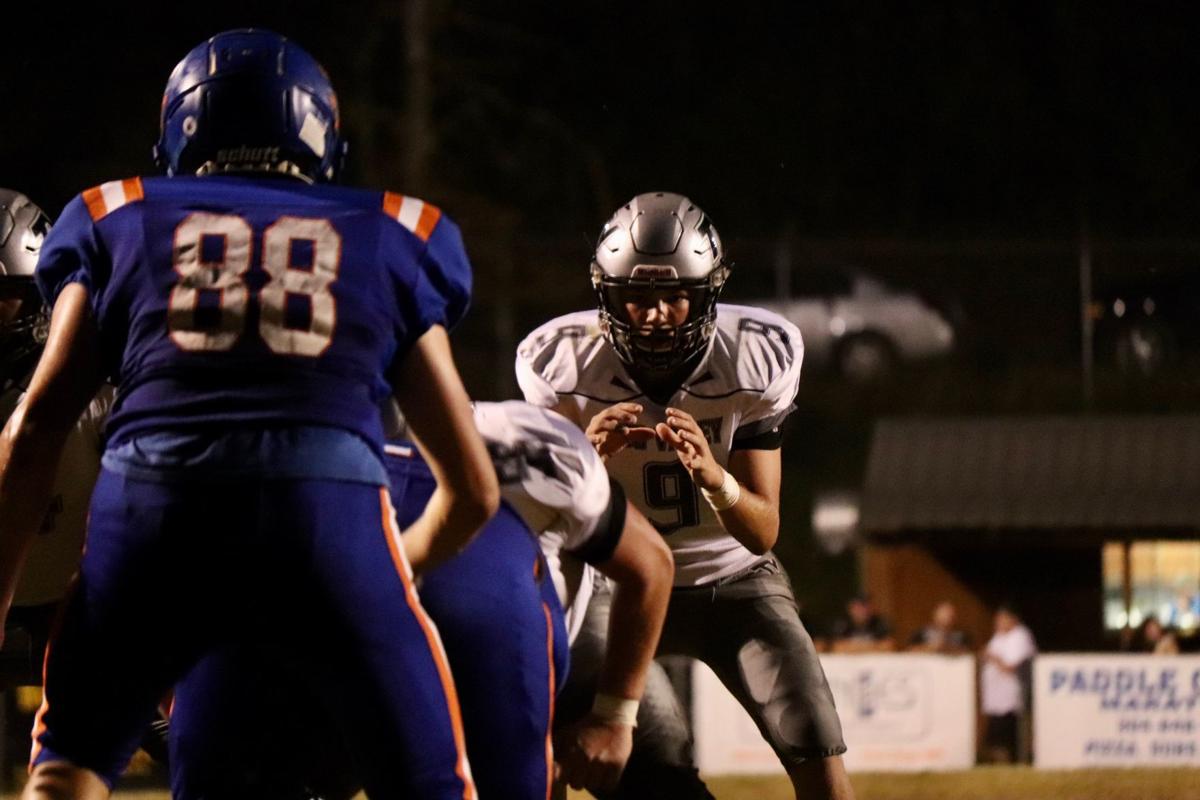 Tug Valley wide receiver Tanner Kirk is swarmed by the Tolsia defense during a high school football game between the Tug Valley Panthers and Tolsia Rebels on Friday at Tolsia High School.

Tolsia’s Devin Stull (22) celebrates with Jesse Muncy (12) after completing a two-point conversion during a high school football game between the Tolsia Rebels and Tug Valley Panthers on Sept. 21 in Glenhayes.

Editors note: The 2019-20 season was cut short for many athletes, but just because it’s over doesn’t mean there weren’t moments worth remembering. In this 15-week series, we look at the biggest moments and the top performances of this academic year in Wayne County, West Virginia.

FORT GAY — 11 touchdowns, 80 points and 770 yards of total offense made for one heck of a ballgame. Tolsia head coach Eric Crum called it a “typical Tug Valley and Tolsia football game” after his team escaped with a win over the visiting Panthers and, in a sense, he was right.

“Every single time we play this bunch someone gets up big and the other team fights back,” said Crum.

With 1:45 left in the third quarter, this one was a blowout. For sports writers like myself who work on tight deadlines when covering high school football on Friday nights, if we see an opportunity to get a head start on a story we take it.

With the Rebels leading 36-8 late, my attention had subtly shifting from the game to my game story. I got a little writing done at halftime after a dominant two quarters from Tolsia.

The dominance continued after the intermission, in large part due to the Panthers’ continued offensive struggles. They turned the ball over on downs twice in as many possessions and mishandled another kickoff (after fumbling the game’s opening kick).

“I told our guys that when you play better teams you have to adjust to their speed and we started to do that in the second half,” Tug Valley coach Hady Ford said.

They started late, but it started with Ethan Varney, who tossed four of his five touchdowns in the second half to claw his team back in the game.

Varney through his second touchdown pass of the night, a 3-yard option pass to Tanner Kirk, pulling the visitors within 20 points of Tolsia at the end of the third quarter. He threw a third touchdown to Caleb May to bring the Panthers within two scores, 36-22, with eight minutes left in the game.

After two consecutive scores, the game had my attention back. It wasn’t a blowout anymore and Tolsia had forfeited a hefty portion of it’s momentum. You expect maybe one garbage time touchdown, but the Rebels’ lead wasn’t large enough to safely give up two.

Tug Valley got the ball back at midfield after recovering an onside kick following the score. Trailing by two scores, Varney found Ethan Colegrove in man coverage for a 25-yard touchdown pass. The two-point conversion failed but the Panthers had scored twenty consecutive points and pulled within eight points of Tolsia, 36-28.

The games tying score came with less than four minutes left in the game after Varney made quick work of the Rebels’ secondary, scorching the defense with long throws down the field, including the tying touchdown throw to Caleb May, his third touchdown reception of the game.

I said to the man next to me in the press box, “didn’t see this coming.”

In the end, it wasn’t enough. The Tolsia defense forced eight Tug Valley turnovers, which proved to be too much to overcome. But containing the Rebels running game was an even bigger problem for the silver and black.

After the tying score, Tolsia responded in the best way they knew how — on the ground. Copley began the drive with a 46-yard run to flip the field and then threw his second touchdown pass of the night, this one to Jesse Muncy, to give the Rebels a 44-36 lead, ending a run of twenty-eight consecutive points for Tug Valley and setting the game’s final score.