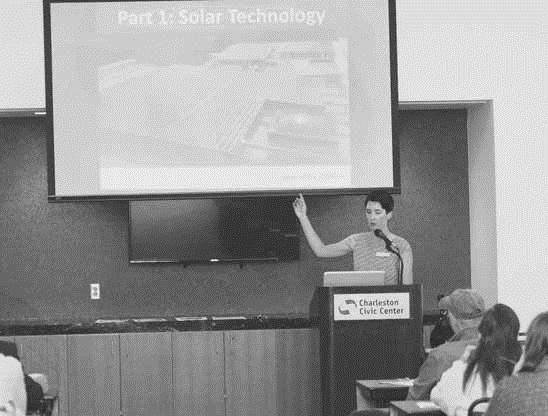 Autumn Long, program director for Solar United Neighbors, gives instructions on how to solarize a home during Saturday's Solar Congress at the Charleston Coliseum and Convention Center. 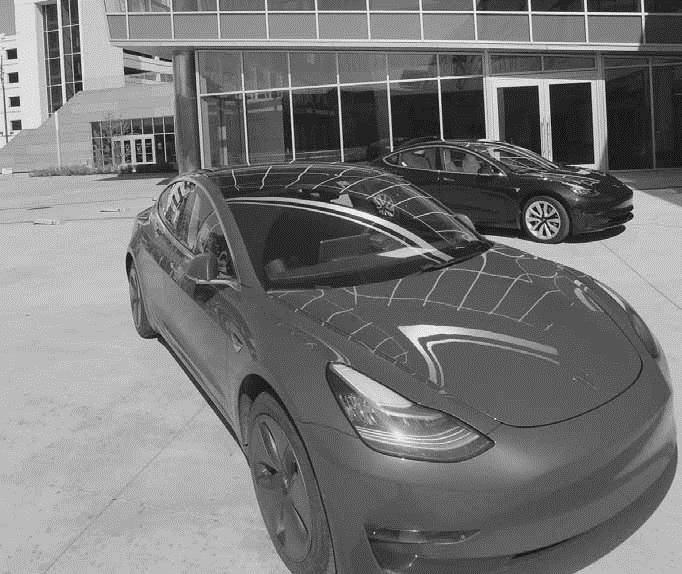 Two 2018 battery-powered Teslas were on display during Saturday's Solar Congress.

Autumn Long, program director for Solar United Neighbors, gives instructions on how to solarize a home during Saturday's Solar Congress at the Charleston Coliseum and Convention Center.

Two 2018 battery-powered Teslas were on display during Saturday's Solar Congress.

Experts in the solar industry hope that soon West Virginia will take advantage of the thousands of acres of flat land that sits undeveloped on former mine sites throughout the coalfields — north and south — to become competitive in the renewable energy market.

On Saturday, dozens of solar energy advocates and experts converged at the Charleston Coliseum & Convention Center for the fourth-annual Solar Congress, where they discussed potential for the Mountain State as the demand for renewable energy sources grows nationally.

"More and more often, these large companies — Google, Amazon, Walmart — that may be looking for new places to go, are looking for more, widely accessible renewable energy availability," James said. "If we don't capitalize on that, we may be writing ourselves off early."

Culturally, there has been a struggle in the energy industry to change the way West Virginians discuss and think

about solar energy, as they may fear it robs them of their coal-based heritage. James, though, said the state's historic reputation as an energy producer could make it perfectly poised to join the solar sector.

"What better way to honor that heritage as we move forward," James said.

Other Appalachian regions have already started turning to solar energy in an attempt to support workforce and economic development, as well as produce cleaner, safer energy sources.

North Carolina, according to Hannah Vargason with the Natural Capital Investment Fund, is the second best place to do solar projects in the country, coming only after California.

This is because almost all benefits of the industry — from manufacturing to production of the energy — tend to be retained by the local communities, Vargason said. The workforce is labor intensive and usually comprised of locals, and the benefits — like property taxes and business and occupational taxes from either solar farms or manufacturing plants — are invested locally based on their location.

Employment opportunities exist at almost any level for solar projects, James said, and as projects develop and grow, more jobs are created.

One problem, though, is those outside the region don't know these places exist.

"People outside of West Virginia, they assume the Mountain State is just that — mountains," James said. "When I told people at a conference recently that we had all this flat land, they were shocked."

While the potential is here for a larger solar industry, there are several challenges unique to West Virginia: absent land owners, land ownership patterns and a lack of policies that support the development of renewable energy sources.

James and Vargason both encouraged anyone who would like to see more support for renewable energy sources in the state to reach out to their politicians and research how they could bring a project — big or small — to their community.

"We could use the benefits here — the economic development, the jobs, the health benefits, but there's some work to be done," James said. "Other places are doing it, we can too, but we need to get to work."